Why NOLA is the wittiest city in the world 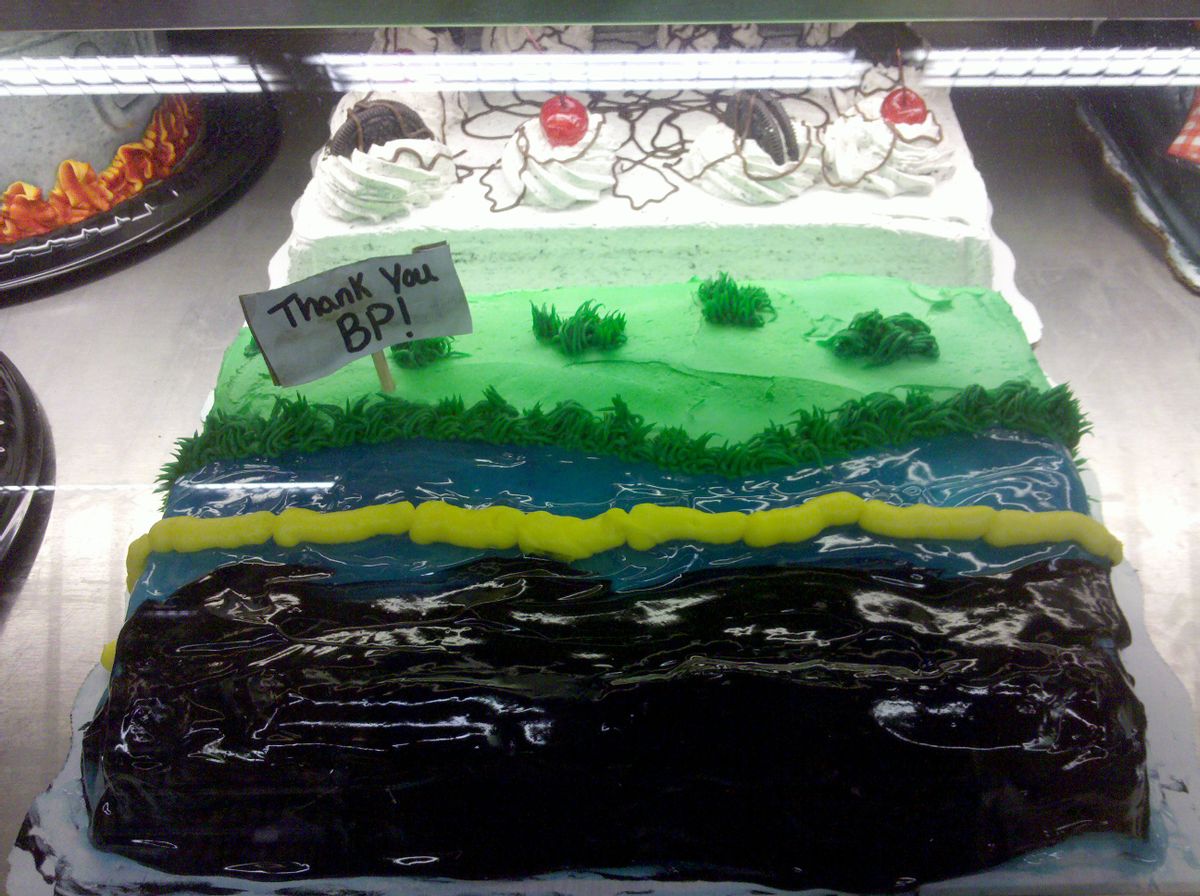 Probably whatever you would do, unless you live in New Orleans, would not be nearly as awesome as what someone at a neighborhood grocery store called the Breaux Mart did: make a cake for the BP oil leak.

People wag their fingers at Louisianans for their cliché of laissez les bons temps rouler -- letting the good times roll. "Those people are never serious," they say. And hey, I'd be pissed off too if I were in a car on a street that suddenly just got blocked for 20 minutes while a second line showed up and a dance party suddenly broke out. I'd be pissed, that is, if I wasn't in the dance party, which I was.