Congress gets a kick in the ... pants 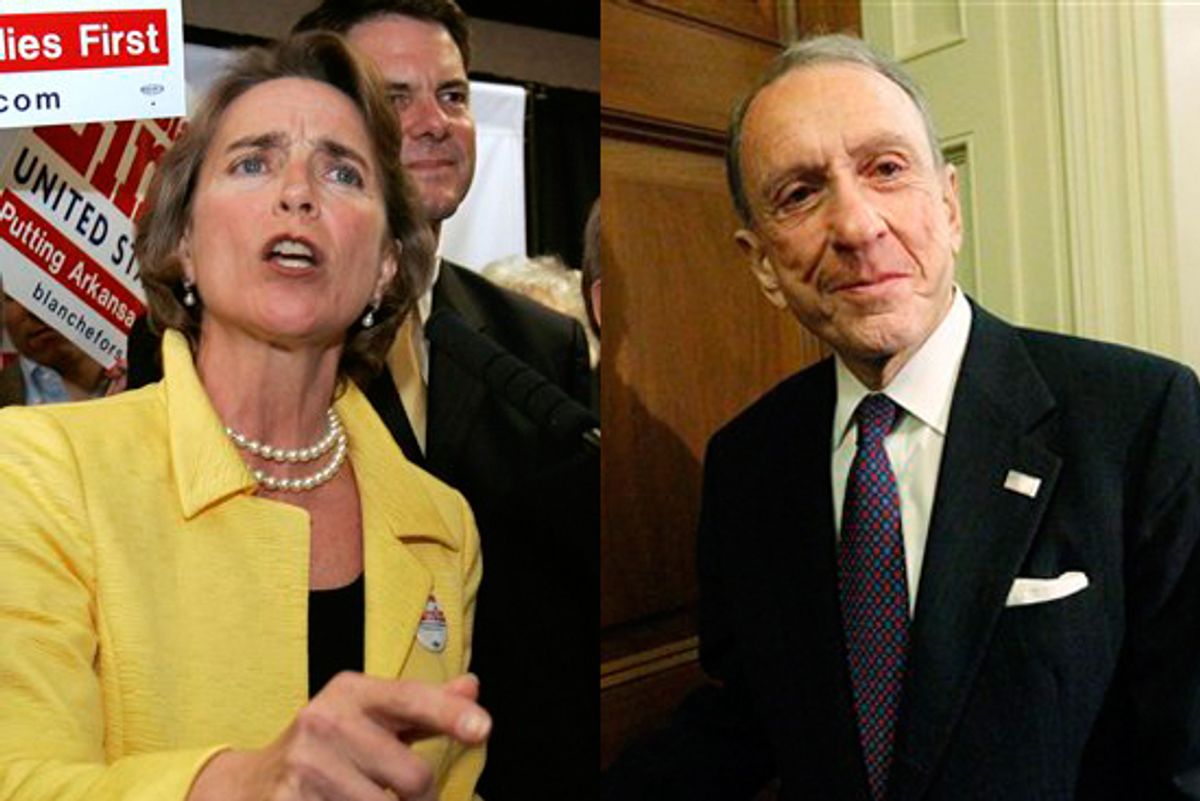 There's a story about a member of the British House of Commons who was stopped in the halls of Parliament by a constituent, an elderly pensioner. The little old man had a specific concern about his fellow senior citizens that he hoped the politician could solve.

He made his case clearly and intelligently and when he was finished, the Member of Parliament promised to see what might be done. As the MP turned to leave, the old man hauled off and kicked him in the backside as hard as he could.

Yet for all the talk of an anti-incumbent fever sweeping the land, the image of angry voters manning the tumbrels and throwing the rascals out, consider the special congressional election for the late Democratic Congressman John Murtha's seat in southwestern Pennsylvania.

Democrat Mark Critz handily defeated Republican Tea Partier Tim Burns and pundits declared it a big loss for the GOP, which had tried to play on anti-Obama and anti-Nancy Pelosi sentiment to defeat Critz.

Maybe the analysts are right, but it sure as hell wasn't a kick in the pants of incumbency. Mark Critz was an aide to Murtha for more than a decade and doubtless learned well at the trough of the master. Murtha, who famously declared, "If I'm corrupt it's because I take care of my district," used his many years as a member of the House Appropriations Committee to shower government munificence on the good people of the Pennsylvania 12th - more than $2 billion worth, according to the group Taxpayers for Common Sense.

"While nobody can fill his shoes," Critz said of his mentor, "I have the honor of following in his footsteps." Be careful not to slip on all that pork grease, Congressman.

What does it all mean? The fact of the matter is that in Washington, as in Hollywood, nobody knows anything (to quote screenwriter William Goldman) about why things happen, although a great many people earn a decent living to huff and puff as if they do. But this seems clear: beyond the inchoate and diffuse anger of the Tea Party faction there is a real and reasoned discontent in the land and it's not so much against incumbents themselves as it is anti-establishment, protesting the games played and the resulting inertia suffocating what's left of our democracy and our economy. If elected officials would just do what they're supposed to - or even just create the illusion of forward motion -- hearts would be a little lighter.

Instead, they produce tepid versions of reform - weak tea when strong doses of antibiotics are called for -- and engage in games of parliamentary gotcha, creating nothing and reducing what was once the loyal opposition to a bunch of sniggering schoolkids.

Take, for example, recent attempts to pass the House version of the America COMPETES Act. It is, as the Associated Press describes, legislation "that would have committed more than $40 billion... to boost funding for the National Science Foundation and other federal agencies involved in basic and applied science, provided loan guarantees to small businesses developing new technologies, and promoted science and math education.

"Congress enacted a first version of the legislation in 2007 with a large majority in the House and a unanimous vote in the Senate. But in this election year, with Republicans out to show their antispending credentials, things are different."

The bill's supporters tried again this week, restoring the cuts but reducing the measure's timeframe from five years to three - and including the anti-pornography provision. "But Democrats made a losing gamble by bringing the bill up under a procedure that prevented Republicans from offering more amendments but requiring a two-thirds majority for passage," AP reported. "The vote was 261 to 148 for passage, short of the two-thirds needed. Every Democrat supported it,

Here is what's essentially a jobs bill, shot down by gameplaying and fiddling at a time when, as former Clinton Labor Secretary Robert Reich notes, "Unemployment continues to haunt the middle class - the anxious class of America...

"The real lesson from the economy's first quarter is the recovery is so weak that the anxious class is likely to remain anxious through November."

So perhaps the most telling punchline of this week's primaries was the one used to devastating effect by Joe Sestak in Pennsylvania: "Arlen Specter switched parties to save one job. His own."

Contrary to conventional wisdom, once financial reform is done, if members of Congress think they can save their jobs by sitting out the rest of the session, doing nothing to make waves - or create jobs - they will find themselves kicked in the backside, and onto the pavement.