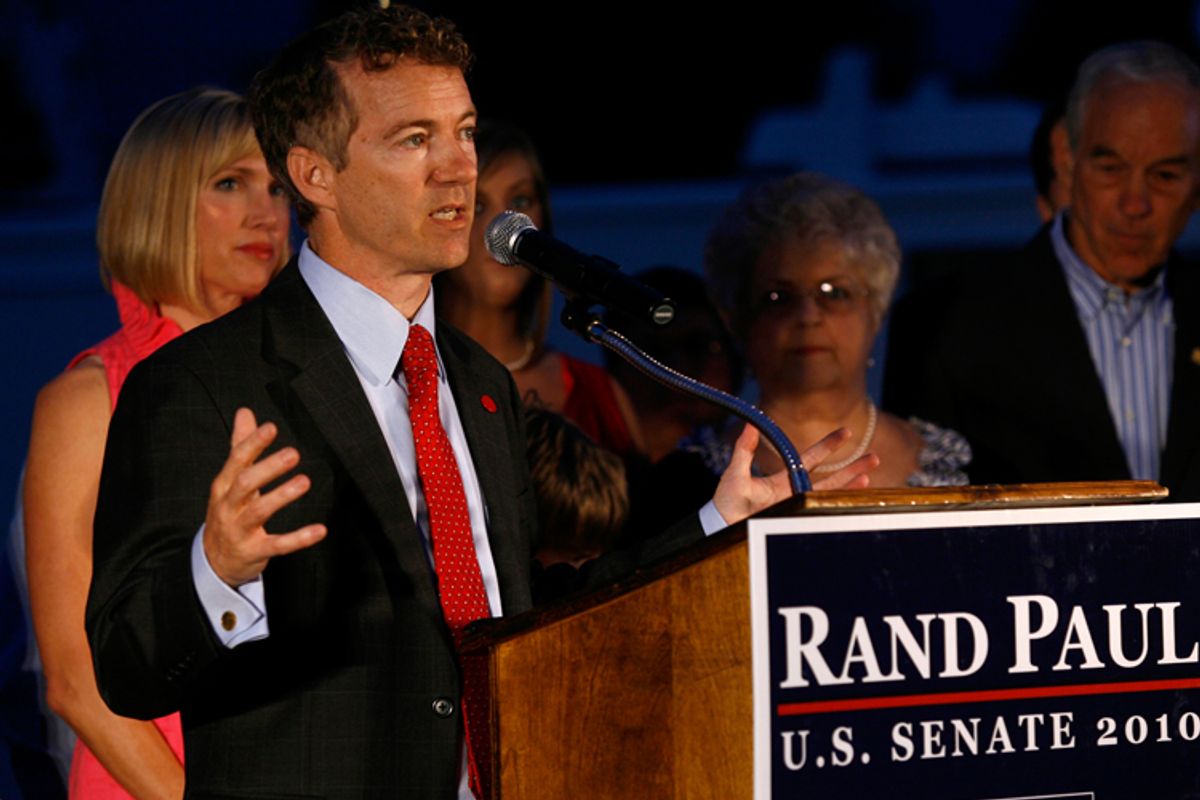 Rand Paul gives his victory speech after winning the Senate Republican primary election in Kentucky on May 19.
--

U.S. Senate candidate Rand Paul has had enough of your stupid policy-based questions about his beliefs concerning the proper role of government, liberal media losers. That's why he's backing out of a scheduled "Meet the Press" interview at the last minute.

Betsy Fischer Tweeted, and Dave Weigel confirmed, that the simple country doctor from Kentucky will not ride his blimp to the "Meet the Press" studios this Sunday, because every time he goes on national TV, he says something incredibly stupid.

So he's running from the chance to defend his beliefs. Which is sad, because I was really looking forward to moving on from the questions of whether black people should be allowed to eat at lunch counters and whether people in wheelchairs should be provided with elevators to his thoughts on the forthcoming NAFTA Superhighway and possibly the microchipping of militia members.

The most embarrassing thing about Rand Paul is that he's unwilling or able to explain or defend his deeply-held principles the second he's challenged on them. His decision to release a statement affirming his unwillingness to repeal the Civil Rights Act the day after he said he didn't support it is basically announcing that he wouldn't fight for what he believes in, should you elect him. On "Good Morning America" today he also declined to say he'd repeal the Fair Housing Act, and when asked if he thinks the government has a right to set a minimum wage (he doesn't) he dodged the question.

According to Fischer, the only other two people ever to have canceled "Meet the Press" appearances with such late notice were Louis Farrakhan and Prince Bandar.