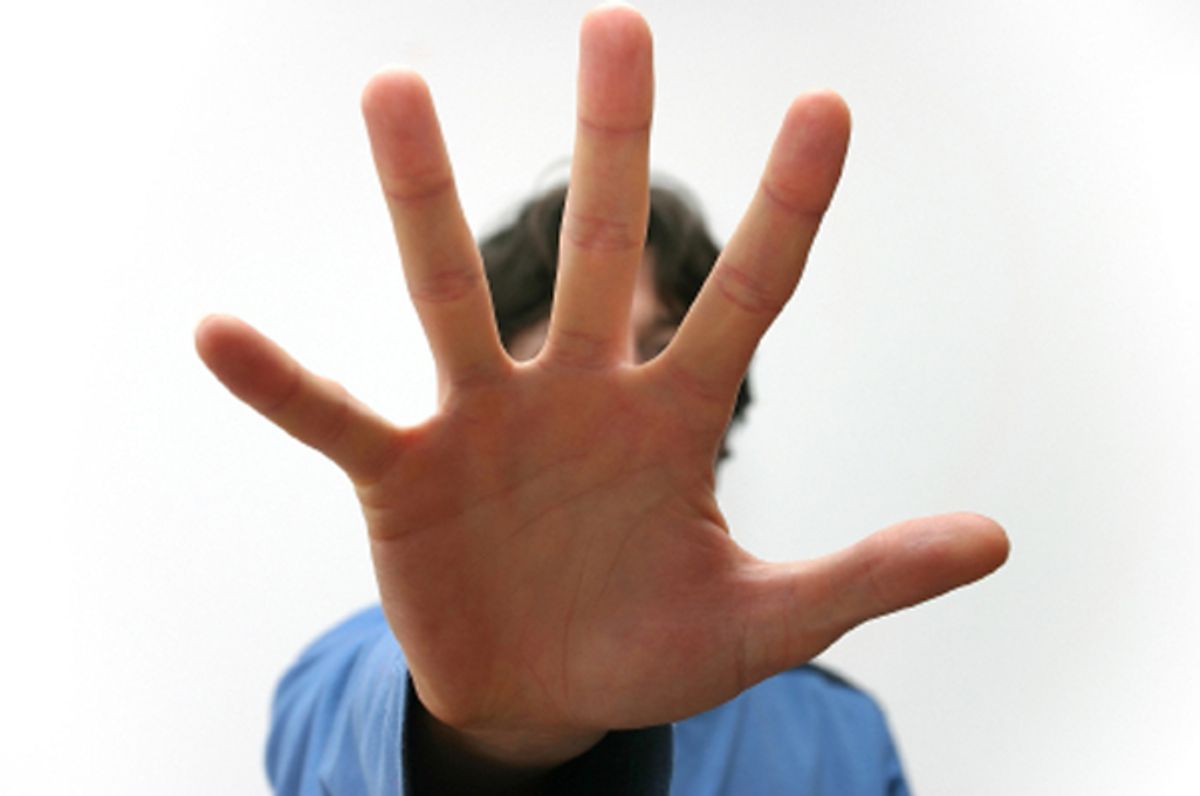 There is a movement underway in England and Wales to grant anonymity to defendants in rape cases. A new proposal by the Conservative-Liberal Democrat coalition seeks to remove what it considers a double standard in sexual assault cases and fully extend the veil of privacy already given to accusers. The exact details are still being worked out, but presumably those convicted of rape would ultimately be publicly identified.

As drastic a change as this may seem, it was actually British policy between 1976 and 1988. After a 12-year run, it was repealed because it "was found to hamper police investigations," according to the Guardian. As the Fawcett Society, a women's rights organization in the U.K., explains, "once a defendant has been charged, it can be important for the name of the accused to be published, as it can aid the police in their investigations as other women who have been assaulted by the same person may be encouraged to report it and other witnesses may come forward."

Unsurprisingly, the attempt to restore anonymity for alleged rapists has not gone over well with women's rights activists. Ruth Hall, a spokeswoman for Women Against Rape, told the Guardian: "We don't want to see men accused of rape getting special protection that people don't get for other crimes."

However, one might reasonably ask why the same logic doesn't apply to the accuser. The argument, of course, is that the victim of a burglary, or nearly any other crime, isn't exposed to the same stigma as a rape victim, and that is certainly true. (It's worth noting, however, that some argue victims' anonymity actually perpetuates the stigma.) That stigma also impacts the accused, who isn't always, or even often, presumed innocent in the court of public opinion. In the actual justice system, however, the accused is innocent until proven guilty, and many activists fear that rape cases won't make it into the courts unless accusers are granted anonymity. As it is, rape is woefully underreported in the U.K. and the U.S. Insuring the accuser's anonymity removes one of many existing disincentives for reporting the crime.

Now, understandably, men who have been falsely accused of rape tend to come to the issue with a different viewpoint. They are victims in their own right, after all. But the actual frequency of false accusations hasn't been reliably established; a five-month review of rape reporting in Britain found a "wide range of figures" for how many there are and noted that those in the justice system "felt that there were very few."

Oh, by the way? The same review also found, as the Independent paraphrased, that "the reporting, investigation and prosecution of rape in England and Wales must undergo a fundamental change or thousands more women will continue to be failed by the criminal justice system." And, seriously, politicians are most concerned with protecting the anonymity of defendants? You see, the question of whether accused rapists deserve anonymity makes for a great philosophical debate -- and, frankly, it's a question I haven't been able to comfortably answer for myself -- but the particular climate in which this proposal is being made has to be carefully and critically considered.

This isn't a new issue in Britain: Back in 2006, Broadsheet wrote about how an alarming number of accused rapists were being let off with a slap on the wrist, as a means of clearing a backed-up court system and reducing prison overcrowding. A year later, conservative M.P. David Cameron declared that Britain was in "moral collapse" over rape, and cited the widespread belief "that women and girls are asking for it if they wear particular clothes, or are out late, or are drinking, that it's all their fault." The next year, it came to light that some officials were actually penalizing rape victims who were intoxicated at the time of their attack. You might recall that just earlier this year a survey revealed that an astounding number of Londoners think women are partially to blame for their own sexual assaults.

So, while the anonymity question seems worthy of debate and further consideration, it's easy to see why Hall, of Women Against Rape, sees this as "just another way to try to stop the tide of women reporting rape."