Laying bare the myth of "the left"

The Obama administration has betrayed progressive principles on one issue after another: Where's the outrage? 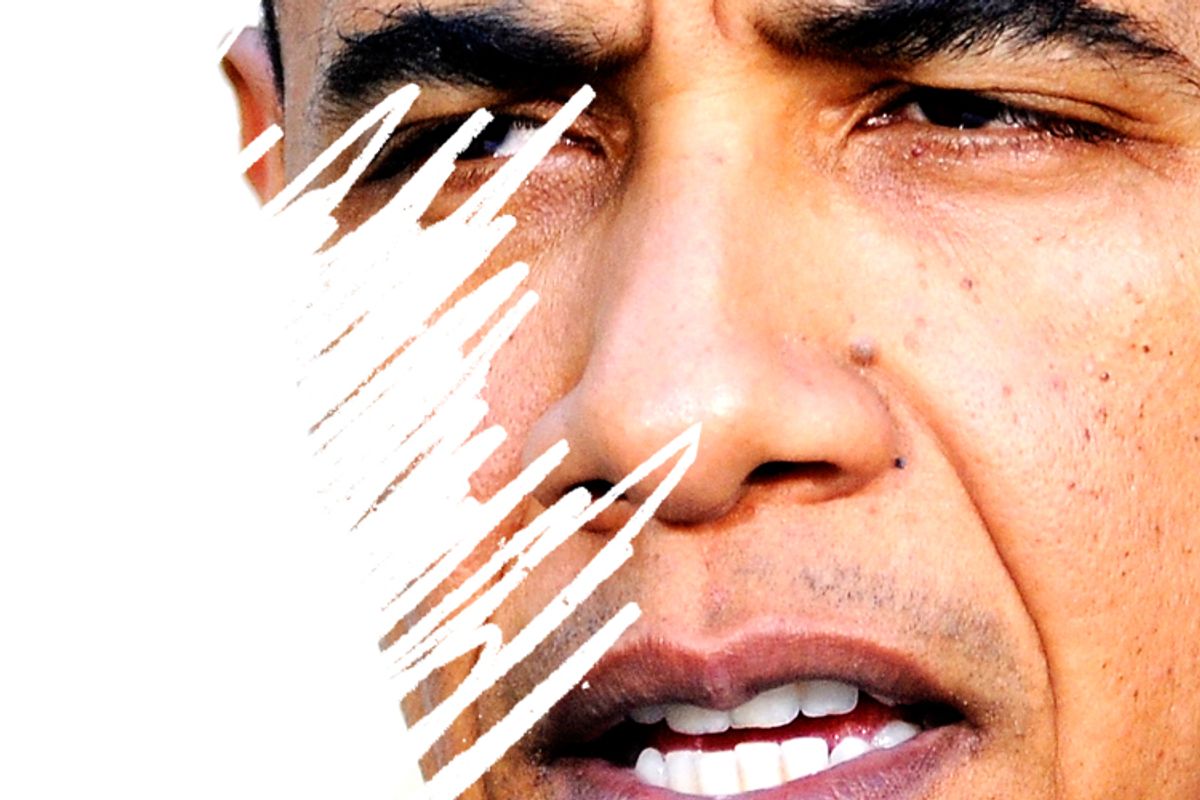 This notion is hilarious because it is so absurd.

Yes, there are certainly well-funded groups in Washington that call themselves "progressive," that get media billing as "the left," and that purport to advocate liberal causes regardless of party. But unlike the right's network, which has sometimes ideologically opposed Republicans on court nominations and legislation, many "progressive" institutions are not principled at all — sadly, lots of them are just propagandists for Democrats, regardless of what Democrats do.

Everyone in professional "left" politics knows this reality "deep down in places they don't talk about at parties," as Jack Nicholson might say — and they don't discuss it for fear of jeopardizing their employers' nonprofit tax status or undermining their employers' dishonest fundraising appeals to liberal donors' ideals.

During the Bush years, this truth was easily obscured, as bashing the Republican president for trampling progressive initiatives was equivalent to aiding Democrats. But in the Obama era, the "the left's" destructive, party-over-principles motivation has become impossible to hide, especially recently.

We know that before the disaster, President Obama recklessly pushed to expand offshore drilling. We also know that his Interior Department gave British Petroleum's rig a "categorical exclusion" from environmental scrutiny and, according to the New York Times, "gave permission to BP and dozens of other oil companies to drill in the Gulf without first getting required [environmental] permits." Worse, we know that after the spill, the same Interior Department kept issuing "categorical exclusions" for new Gulf oil operations, and Interior Secretary Ken Salazar still refuses "to rule out continued use of categorical exclusions," as the Denver Post reported (heckuva job, Kenny!).

Undoubtedly, had this been the behavior of a Republican administration, "the left's" big environmental organizations would be scheduling D.C. protests and calling for firings, if not criminal charges. Yet, somehow, there are no protests. Somehow, there have been almost no calls for the resignation of Salazar, who oversaw this disaster and who, before that, took $323,000 in campaign contributions from energy interests and backed more offshore drilling as a U.S. senator. Somehow, facing environmental apocalypse, there has been mostly silence from "the left."

That silence is similarly deafening when it comes to Supreme Court nominee Elena Kagan.

We know Kagan was among the Clinton administration advisors urging the president to support a serious abortion restriction and to resist efforts to reduce racist disparities in criminal sentencing. We know that as Harvard Law School dean, Kagan "hired 29 tenured or tenure-track faculty members [and] did not hire a single black, Latino, or American Indian — not one, not even a token," reports Duke University's Guy-Uriel Charles. And we know that in her solicitor general confirmation hearings, Kagan stated her radical belief that the government can hold terrorism suspects without trial.

Again, if this were a Republican nominee's record, "the left's" pro-choice and civil rights groups would be frantically mounting opposition — or at least raising concerns. But this is a Democratic nominee, so they've fallen in line. Planned Parenthood celebrated Kagan's "dedication," the NAACP trumpeted her "commitment to diversity," and the liberal Alliance for Justice said it "applauds" her nomination.

Surveying the hypocrisy, CNN's Roland Martin wrote that "the left's" organizations "need to decide what matters: their principles or their politics ... their convictions or chicken dinners in the White House."

He's too late: They've already made their decision, which is why — regrettably — a powerful left does not exist in America.