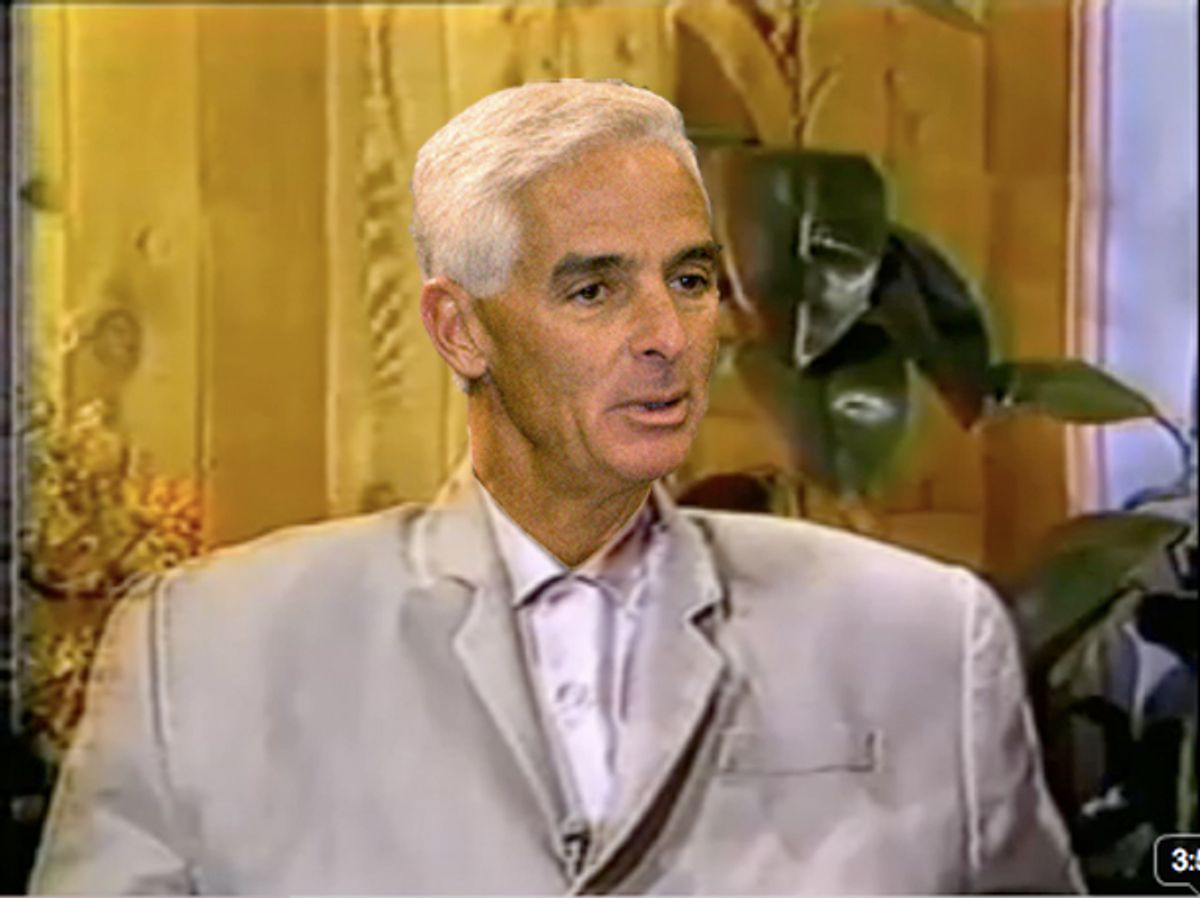 Florida Governor and independent Senate candidate Charlie Crist has had better days. First, he failed to secure an endorsement from the AFL-CIO. Then, David Byrne sued him for a million dollars for using the Talking Heads song "Road to Nowhere" in a campaign ad against Marco Rubio. (On the plus side, Crist is ahead in all the polls, with Democratic support.)

Byrne's attorney is the same guy who represented sadsack singer-songwriter Jackson Browne in his successful suit against John McCain and the RNC for their use of "Running on Empty."

If these songwriters don't want Republicans and former Republicans misappropriating their music, they shouldn't have written songs with titles that sound vaguely like political attacks. I bet this has never happened to, say, Lemmy.