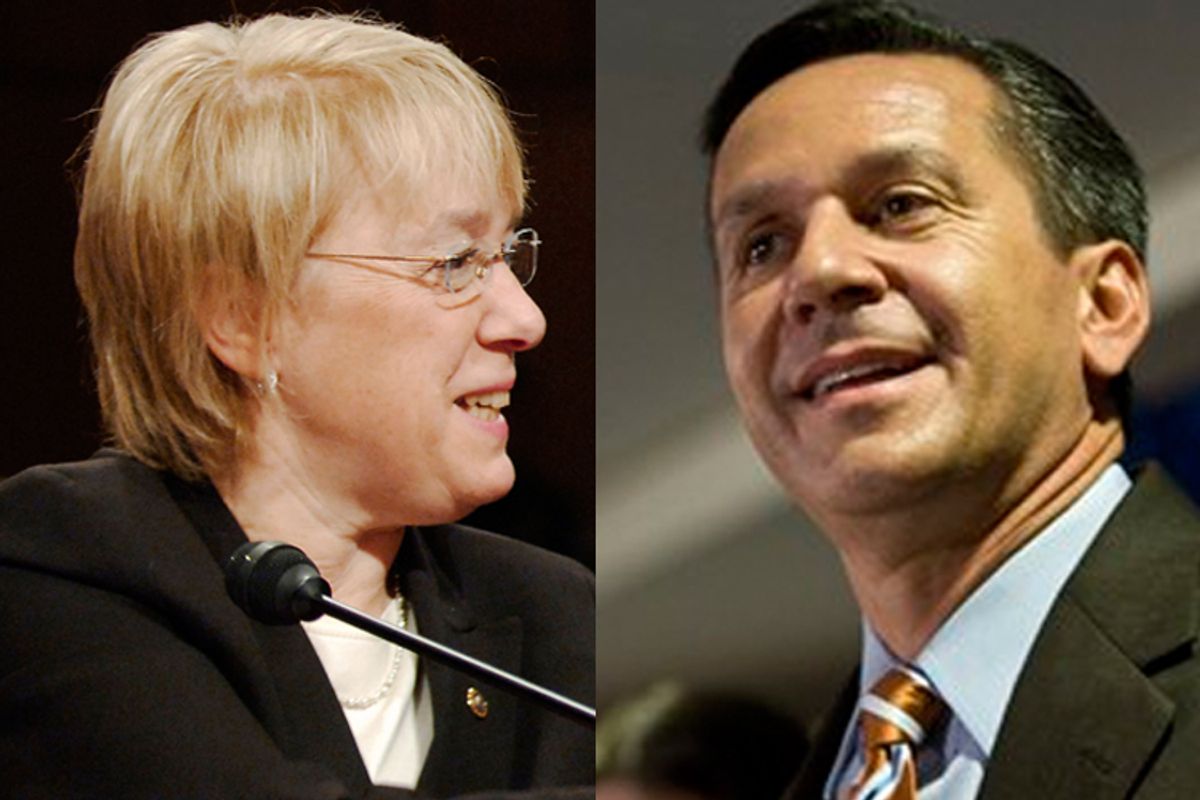 Reports indicate that Republican Dino Rossi will, after months of dawdling, enter the U.S. Senate race in Washington.

Rossi, a former state senator who narrowly lost the 2004 gubernatorial race (in a controversial recount) and a follow-up bid in 2008, is by far the strongest Republican prospect. Polls have (mostly) shown him competitive with Democrat Patty Murray, a three-term incumbent, while the other three GOP prospects trail her badly.

Rossi emerged from his '04 campaign as a generally sympathetic figure in the state. But he picked the wrong year to wage a comeback campaign. Running against a powerful anti-Republican (and pro-Obama) tide in 2008, he lost a rematch with Christine Gregoire by six points.

But in the more GOP-friendly environment of 2010, Rossi figures to be more formidable, and Democrats in D.C. have actively worked to keep him on the sidelines. If he can secure the GOP nomination, the Washington contest figures to be a Republican target in the fall, thereby allowing the GOP to expand the national playing field.

That said, the GOP nod is hardly a gimme for Rossi. Just last week, even as rumors of Rossi's impending move were swirling, Sarah Palin endorsed Clint Didier, a former NFL player who is also seeking the Republican nomination. If Didier, or one of the other Republicans running, manages to knock off Rossi, Murray figures to be in much better shape.

If Murray does win re-election -- and if, as many still expect, Harry Reid does lose his race in Nevada -- she's likely to run for Whip, the No. 2 leadership post on the Democratic side. (Current Whip Dick Durbin would give up the slot to run for Leader, presumably against Chuck Schumer.) Ironically, Murray's most likely opponent for Whip, Bob Menendez, now runs the DSCC -- which would be charged with helping to protect Murray in a race against Rossi.