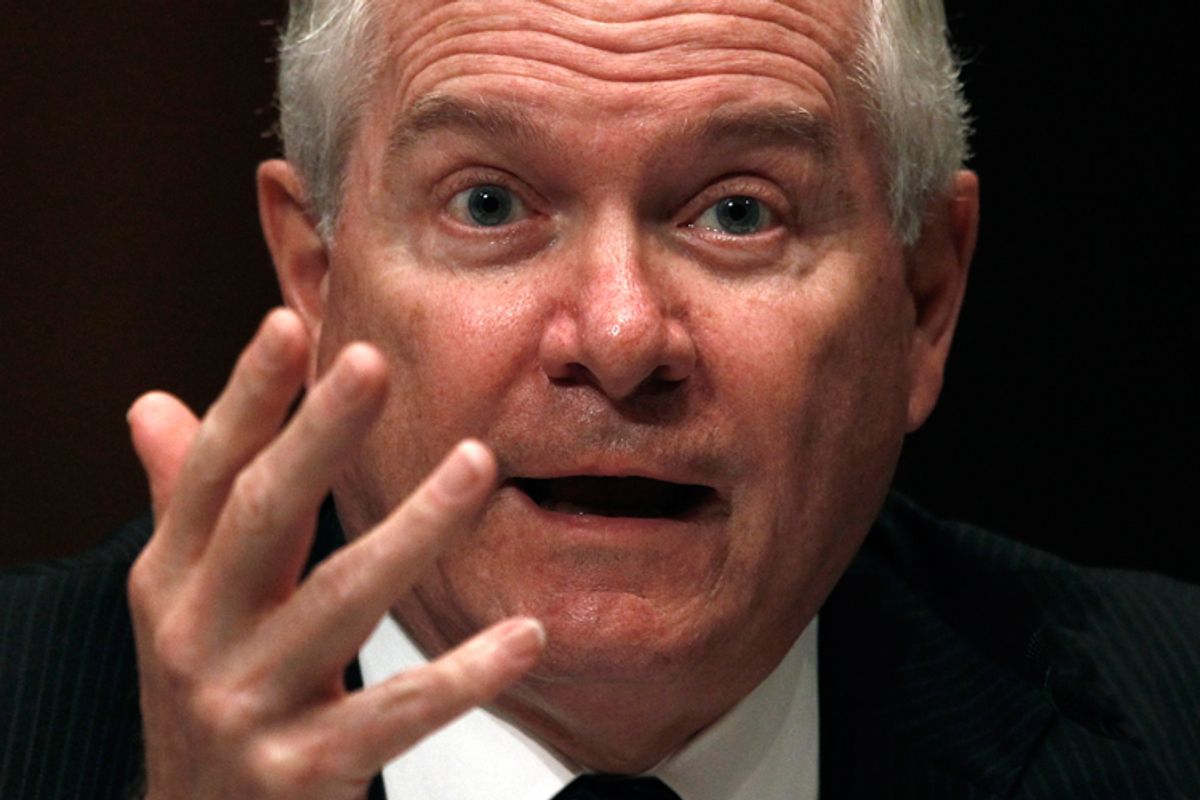 The two most hawkish and conservative members of Barack Obama's Cabinet, Secretary of State Hillary Clinton and Defense Secretary (and Republican) Robert Gates, have formed an alliance, according to one of those interminable Politico stories in which "insiders" read various "tea leaves" and rank everyone in D.C. according to how much power they are suspected of wielding.

That's all well and good, but the most illuminating part of the story is the bit when Gates tells Washington Post columnist David Ignatius to write a column about how great National Security Advisor Jim Jones is:

When Jones was taking knocks in the press for being less powerful than his top deputies, Gates called on Washington Post columnist David Ignatius to defend Jones -- a fellow supporter of the military and someone in his age bracket -- as "the glue that holds this team together," a dexterous bit of politics that allowed him to do Jones a favor while simultaneous capitalizing on what's perceived as his bureaucratic weakness.

Right. What? So the secretary of defense called up longtime Washington Post columnist David Ignatius (aka "The Other Old White Guy Named David at the Post") and said, hey, could you write a column about how someone in the administration is really great while also airing the dirty laundry of a completely obtuse bureaucratic turf war? And Mr. Ignatius was like, yes, sure.

To be fair, Ignatius' column does not pretend to be anything other than a message the secretary of defense wants delivered via the Op-Ed section of the Washington Post. Which just makes it even harder to figure out why anyone thought it was a column worth running. This wasn't written to illuminate anything for the general readership of the Post. The column's intended audience was a dozen people, and Gates could've just reached them with a memo. It's better than the Post opinion section's usual misleading justifications for torture and calls to bomb Iran, sure, but it's still a gross way to use the press.