"Lost": Ruined by its own fans? 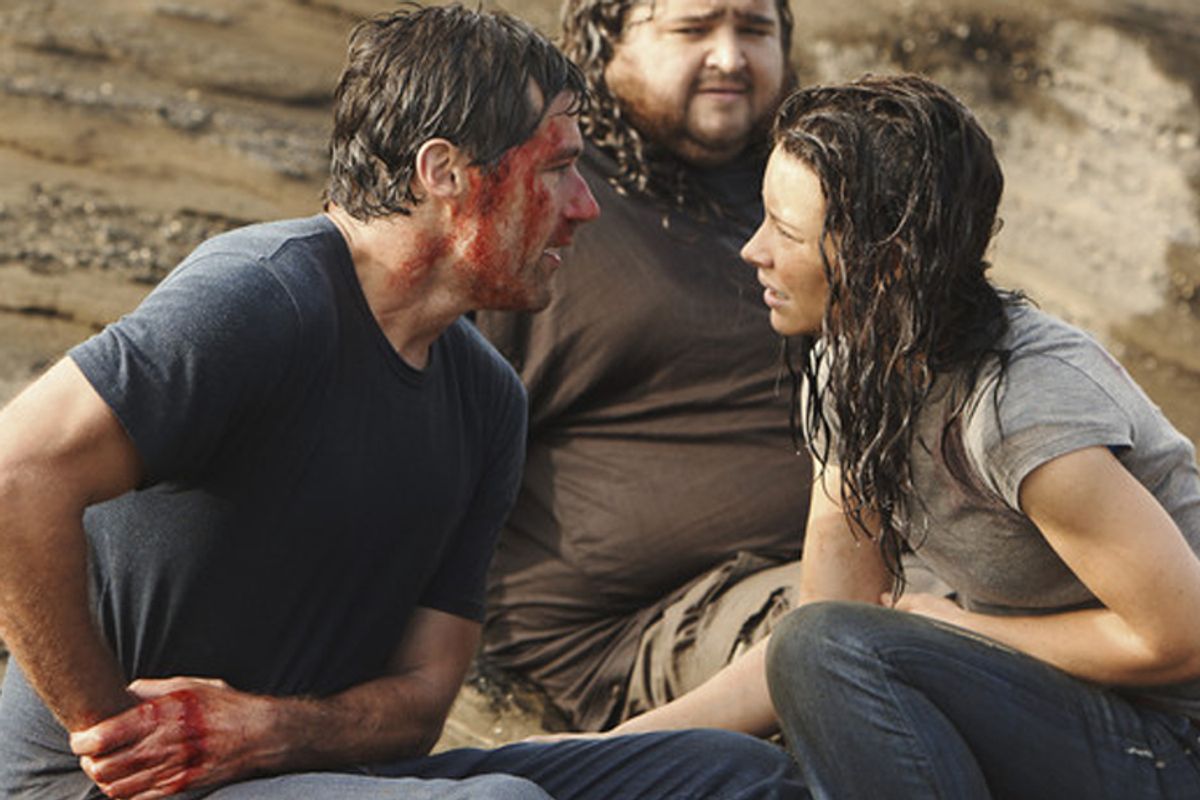 In the final showdown between Faith and Reason, put me down for "None of the Above": I have no faith in the reasoning behind the series finale of "Lost," and see no reason to take it on faith. At its best, the show was a big, gorgeous puzzle in which the hitches and snags in the characters' rudimentary psychology would occasionally serve as pieces. Jack had daddy issues, Kate felt chronically misunderstood, Sawyer conned people before they could con him and Locke refused to accept that he was never going to get out of that chair. And then they washed up on the island, and all of that changed, or it really didn't, or maybe it didn't matter because WTF? I mean: WTF?!

Perhaps it's true that the polar bears and hatches and four-toed statues and submarines wouldn't have added up to more than a one-season gizmo of a show without the grounding offered by the intimate personal journeys of the castaways. But, let's face it, "Lost" was not ultimately "all about the characters," as its creators and admirers often claimed, because the characters were not interesting enough to sustain a series by themselves, either. As pleasant as it was to see the gang achieving lives of ordinary happiness in this season's flash-sideways, we care about them because we've seen them go through so many bizarre ordeals. Would you really have wanted to watch a series in which the same people got their shit together in the ordinary fashion? I didn't think so. "Lost" was not "Six Feet Under."

Somehow, "Lost" contrived to reach its finale confronted with a choice: It could do justice to the puzzle or it could wrap up the character arcs. Although the decision to go with the characters was probably the best one, and the two and a half hours of the finale had some of the old snap -- nifty action scenes, epic aerial shots and a good sprinkling of wisecracks -- it shouldn't have come to that point in the first place. The series squandered its final season in a misguided effort to transform its trademark narrative ingenuity into a grand metaphysical statement.

Here's what happened as I understand it: Jack briefly took over Jacob's job as guardian of the island, and succeeded at killing Smokey after Desmond, for reasons unclear, agreed to help the villain pull the ludicrously phallic plug out of the magical light hole. Then Jack replugged the hole (c'mon guys, really?), perishing afterward, partly due to the Christ-like wound in his side, but not before passing the guardian job on to Hurley. After crawling back to the bamboo patch where he woke up in the pilot episode and seeing his surviving friends escape on the plane, Jack finally dies with a modicum of peace.

All that was real. Meanwhile, in the flash-sideways world of 2004, the characters one by one obtain memories of what happened on the island in the core storyline. The last person to attain this enlightenment is Jack, who in the church of the Multidenominational Smoothie, learns from his suddenly nice father, that the entire flash-sideways is an imaginary construct, created by the departed souls of the castaways so that they can meet in the afterlife, no matter when they happen to die. (In this, it resembles a bardo of Tibetan Buddhism, a transitional state of transcendant understanding between incarnations.) The empty beach scenes shown over the credits are probably just meant to be elegiac, though they did lead the friends I watched with to debate the possibility that everyone had died in the crash of Oceanic Flight 815.

The finale's premise isn't that hard to grasp, but it confused us because it executes a switcheroo: It substitutes a "big" mystery of relatively slight interest (What is the status of the flash-sideways reality?) for all the littler enigmas that we actually do care about, such as why Aaron and Walt were so important, the reason for the fertility preoccupation in the first couple of seasons and the meaning of the numbers. You don't have to count yourself among that flock of literal-minded viewers who bleated incessantly for "answers" to everything (The glass eye! The Hurley bird! The Dharma food drops!) to find the answers we did get unsatisfying.

A series like "Lost" doesn't need to solve all of its riddles, but it does need to address the right ones. (The first season of "Twin Peaks" is an object lesson in how to provide enough resolution while preserving the delicious mysteries of a fictional universe.) From statements the producers of "Lost" have made over the past five years, they developed a dynamic with die-hard fans (and disillusioned fans and skeptical non-fans) that was infinitely more complex than any of the personal relationships among the series' characters. Could it be that in resisting the geekiest, nitpickingest, most Aspergerian demands of their audience they swung too far in the opposite direction, dismissing as trivial everything but the cosmic (the tedious and largely unnecessary Jacob-Smokey background) and the sentimental (making sure that every character receives his or her designated soul mate or therapeutic closure of the most banal Dr. Phil variety)?

If so, "Lost" may be the quintessential example of a pop masterpiece ruined by its own fans. The comic-book paraphernalia and texture of the island -- its secret bunkers with their code names, Jacob's migrating cabin with its creepy paintings, the ersatz normality of the Others' compound ringed by those sonic pylons and the fantastically mechanical grinding and dragging sounds that used to accompany the appearance of the smoke monster -- were not peripheral to the heart of "Lost." They were the very essence of its appeal, what that show did better than any other. If I want to contemplate the nature of good and evil, I'll turn to Nietzsche or Hannah Arendt (or, for that matter, Joss Whedon), and if I want ruminations on love, give me Emily Brontë or John Updike (or "Big Love"). From "Lost" I wanted less profundity and more fun. And I still want to know what the deal was with those numbers.