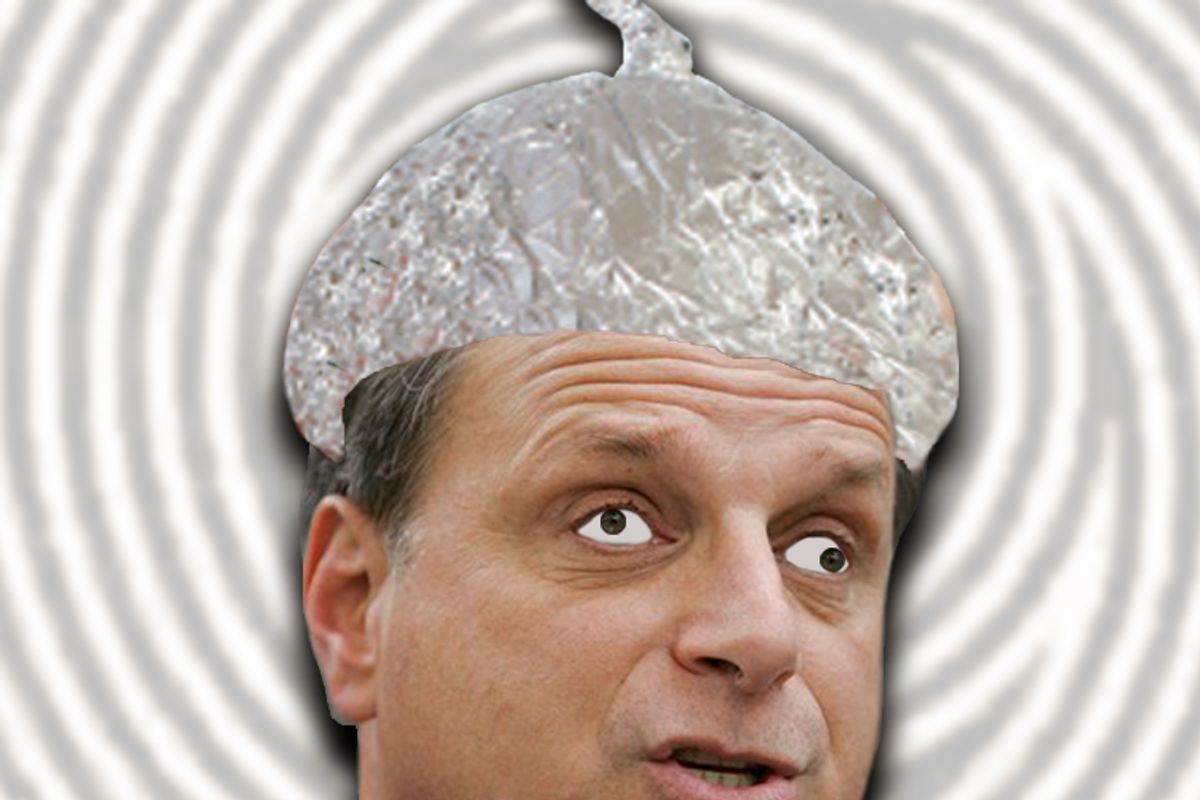 Esquire has a long profile of former Congressman Eric Massa, the New York Democrat who is accused of being a serial tickler of men and boys. The story humanizes a cartoonish figure. Some of it is heartbreaking. But it also basically confirms that Massa is a crazy person.

Before the tickling thing ever came to light, Massa had a bombshell story for the Esquire editors: Dick Cheney and General David Petraeus were planning a military coup! Sort of.

According to Massa's grand conspiracy, retired generals were telling him that Petraeus secretly met with Dick Cheney twice about running for president in 2012. Massa thought this was full-blown treason:

Massa shot him a look. "I know something about the Uniform Code of Military Justice," he said. "And I want you to tell me how this is not a coup. You've got a commander with armies in the field, and he's plotting with Dick Cheney to bring down his commander in chief. How is that not a coup? It's Seven Days in May!"

Many people have speculated, for years now, that Petraeus might run for president in 2012. He has always denied political ambitions, but it would be no big deal if he did run, as long as he retired first. Petraeus has officially denied Massa's allegations (which really didn't need to be denied, because they are ridiculous).