A former Mark Sanford spokesman claims he had an inappropriate relationship with Rep. Nikki Haley 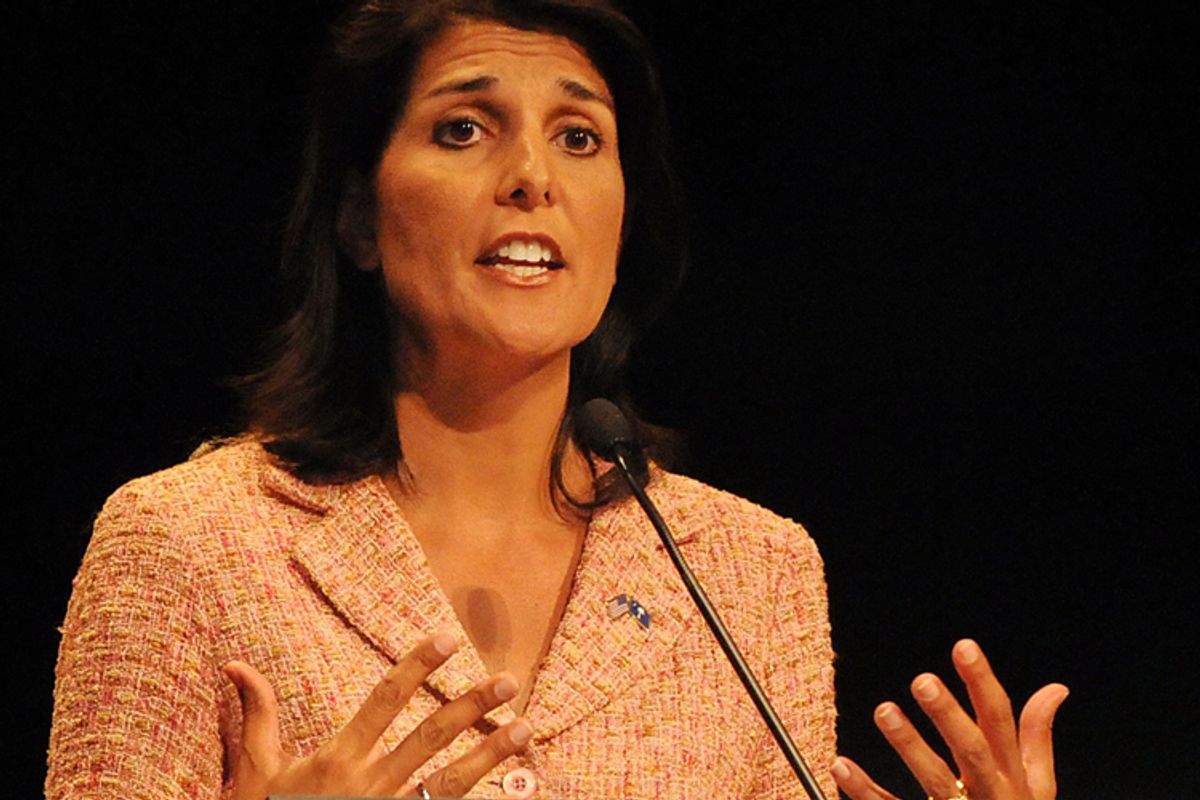 South Carolina, apparently sick and tired of Arizona hogging all the negative attention, is embarrassing itself before the nation once again. Republican state Rep. Nikki Haley is running for governor. So, naturally, a former Mark Sanford employee has written on his blog that he had an affair with her.

The blogger, former Sanford spokesman Will Folks, is annoyingly short on details, but he says he "had an inappropriate physical relationship with Nikki" some years before he was married. (But presumably while she was married.) He also says Haley is his preferred candidate for governor, and that "at least one story based upon this information will be published this week." (Now it will be considerably more than one story.)

In case you're wondering about Folks' credibility, the Associated Press wrote a hilarious description of his blog (and 75 percent of political blogs in general):

Folks, a former Sanford spokesman, is a political consultant who now runs FITSNews.com, a conservative site that features occasionally insightful commentary, thinly sourced stories of state political intrigue and photos of women in bikinis. It refers to him as "Sic Willie," sports the tag line "Unfair. Imbalanced," and often promotes Haley's campaign.

Mark Sanford is stepping aside as governor not because of his own tragic/hilarious extramarital affair, but because of term limits. His ex-wife Jenny campaigned with Haley earlier this month. Challenging Haley for the nomination: Lt. Gov. Andre Bauer, who says unforgivably terrible things about poor people and also might be gay. Good luck, South Carolina.