The tennis star took to the court in a lacy number and barely-there panties. Oh, and she also won 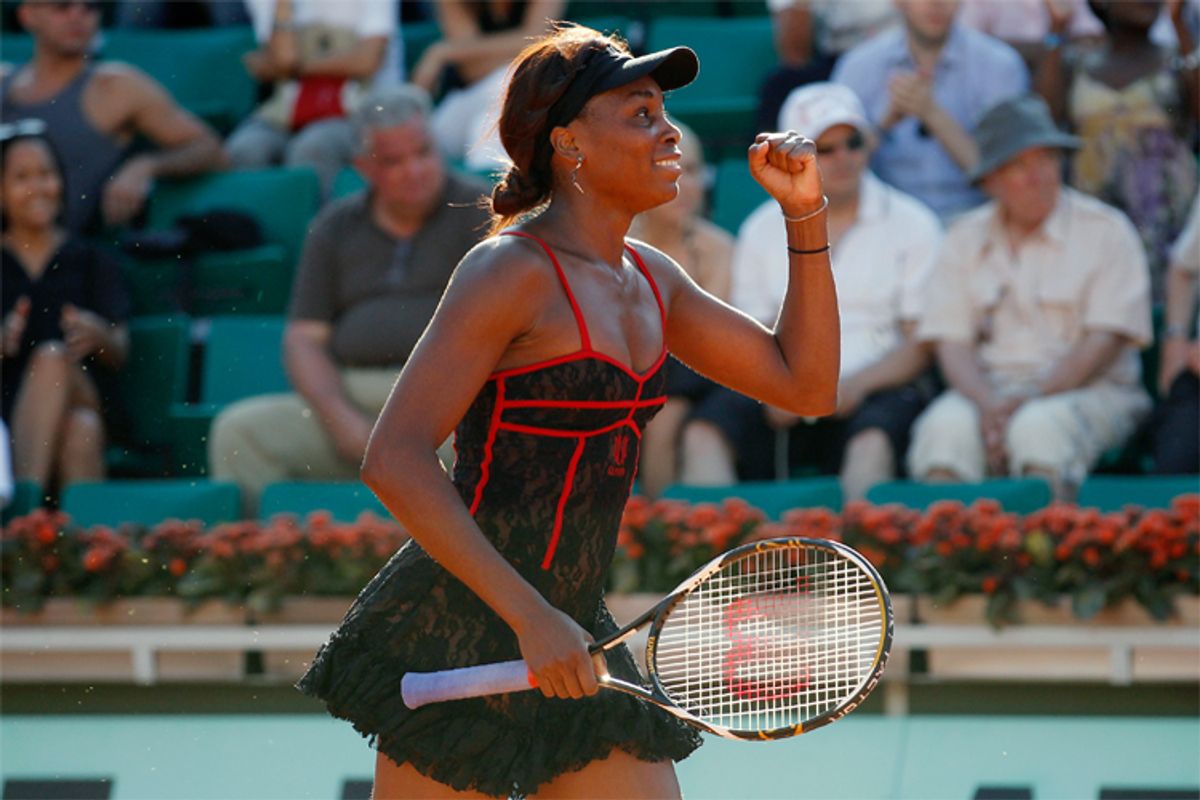 Venus Williams celebrates winning her match against Patty Schnyder at the French Open.
--

She's done it again. Venus Williams has caused another sartorial storm with her French Open outfit. She took to the court Sunday in a self-designed outfit that looked like a cross between a Frederick's of Hollywood nightie and a cancan costume. Underneath the lacy black and red getup, she wore a pair of underwear carefully matched to her skin color -- just like the pair she wore earlier this year at the Australian Open, and that inspired speculation about whether she had gone commando. This latest fashion choice made for quite the photo opportunity and sent her name flying to the top of Google's hottest searches.

I might congratulate Williams on her attention-getting abilities -- only, it's her other accomplishment this weekend that is truly deserving of praise: While photographers were scrambling to get just the right upskirt shot, she whupped her opponent, Patty Schnyder of Switzerland. You gotta give it to her: Williams is maintaining her number two world ranking while dressed for the Moulin Rouge.