A Virginia high school stops the publication of students' anonymous tales of drugs, sex and abortion 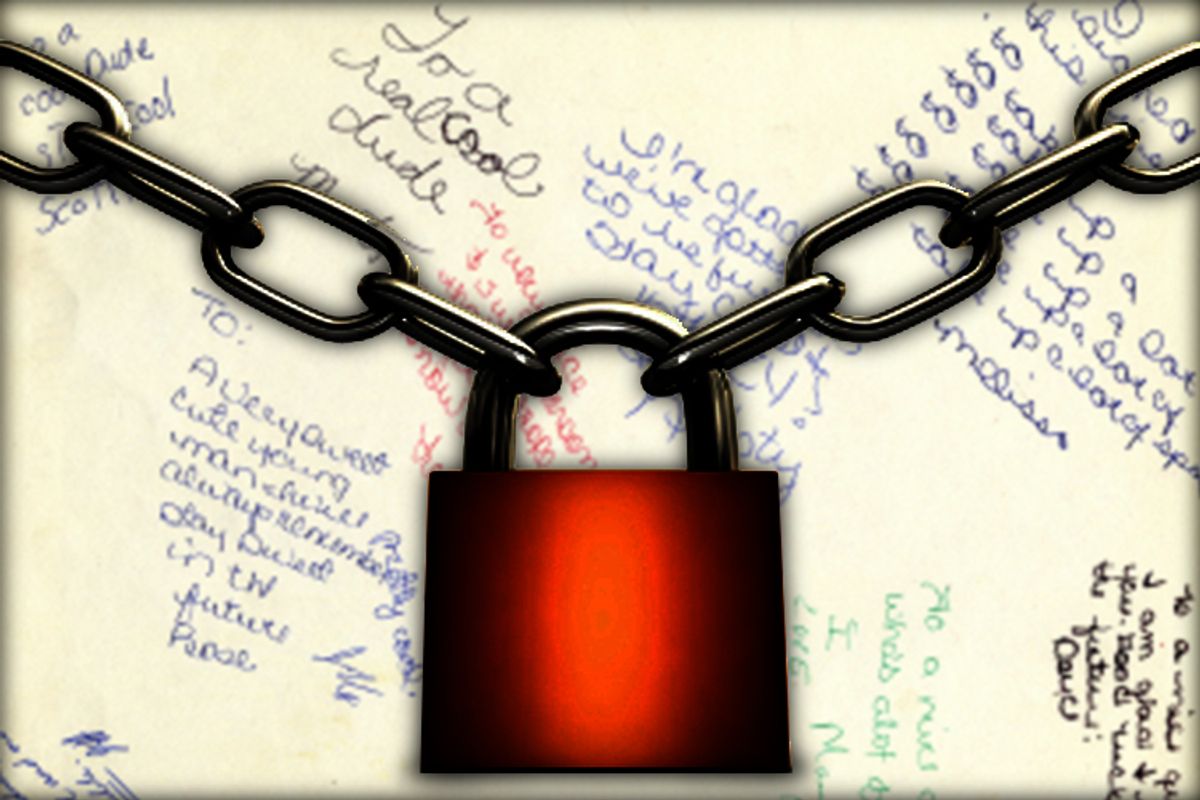 Sex, drugs and censorship -- that's what Massaponax High School's yearbook staff got when it asked students for anonymous confessions. The teenage disclosures ultimately published in the yearbook, titled "Glances 2010, Truth Be Told," were a little too honest for principal Joe Rodkey's taste. He's deemed it "totally inappropriate," stopped distribution and ordered a reprint. In addition to your average "dude, bro" stoner talk (e.g., "I once did so much pot that I woke up high"), there is the shocking revelation that some teens in Spotsylvania, Va. are having sex.

The anonymous sexual confessions include: "I have sex with people just to feel wanted" and "I worry all the time my ex-boyfriend will use the naked picture I sent him to ruin my life," according to local news reports (via Carnal Nation). Some comments turn far more serious: "I had an abortion and my mom doesn't know" and "I'm pregnant with my best friend's boyfriend's kid." Why, I wonder, is anyone scandalized rather than sympathetic? Why not be grateful for an uncensored glimpse of the young adult world and use it as a conversation starter? I must say, sometimes the push to protect kids looks a whole lot like a desperate attempt to protect adults' blissful ignorance.