Congress could end the military's anti-gay policy on Thursday, but the Pentagon doesn't have to act for months 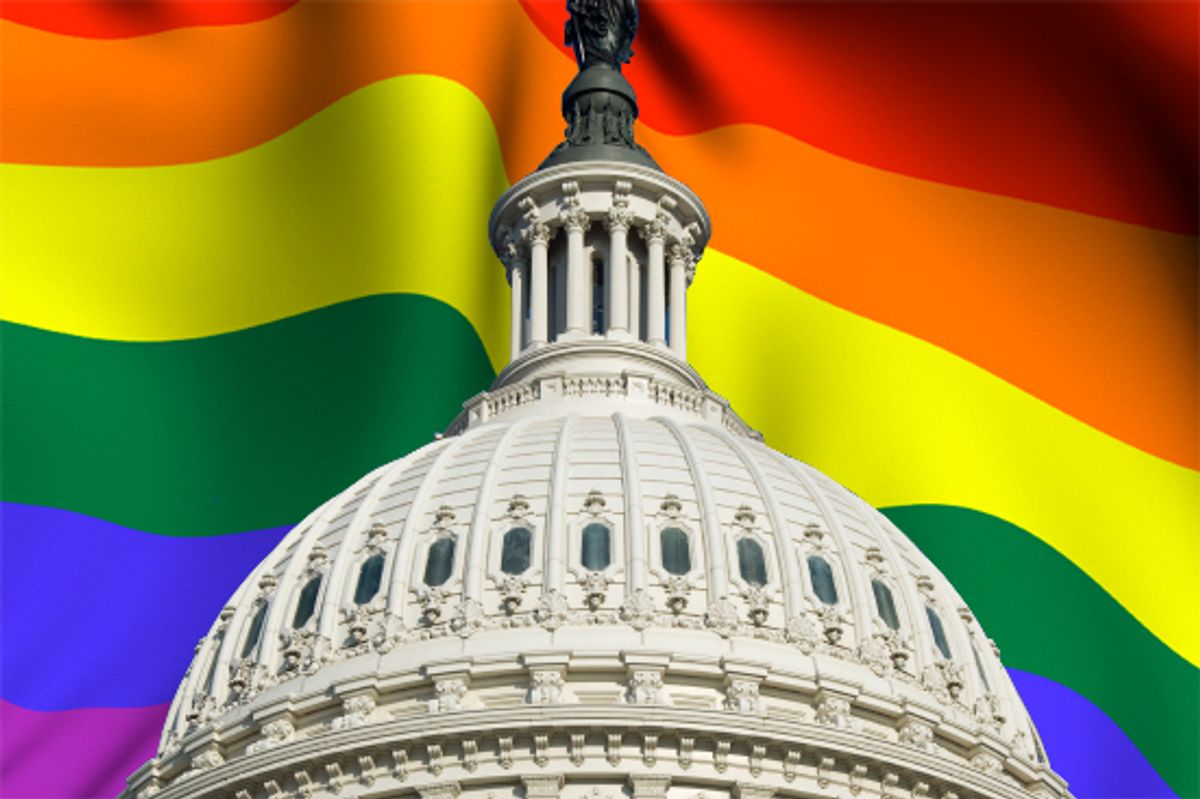 It looks like the "Don't ask, don't tell" compromise drawn up by activists, the White House, and Congress yesterday is officially going forward. According to the deal, Congress will vote this week to (hopefully!) repeal the policy, but the Pentagon is not required to act until they've finished their year-long review, in December.

This is something of a rebuke to Defense Secretary Robert Gates, who begged Congress not to do anything until the end of the year. But Rep. Patrick Murphy says he has the votes in the House and, in the Senate, Joe Lieberman and Carl Levin seem confident enough to try to move on it this week.

Along with the rest of the usual suspects, John McCain is already whining about it. (We're sure his wife and daughter are thrilled with him for deciding to add gay service-members to the list of people he's betraying in his quest to not just go home and retire.) But a majority of Americans -- even a majority of Republicans! -- supports allowing gays and lesbians to serve openly in the military. Apparently Congress is only supposed to LISTEN TO THE PEOPLE when the people want them to end imaginary tax hikes and stop redistributing money to black people and whatnot.

In addition to allowing the Pentagon to delay repeal until their study is complete, the legislation seems to give them leeway to put off repeal indefinitely. (But they wouldn't do that, right?)

So if you're a closeted LGBT service-member, just hold on tight for another year or so. (Unless a bunch of "moderate" Democrats sink this compromise because they're scared! In that case, continue Not Telling indefinitely.)