American mismatch: Confidence up, Dow down

Americans are feeling better about the future. Too bad they're wrong 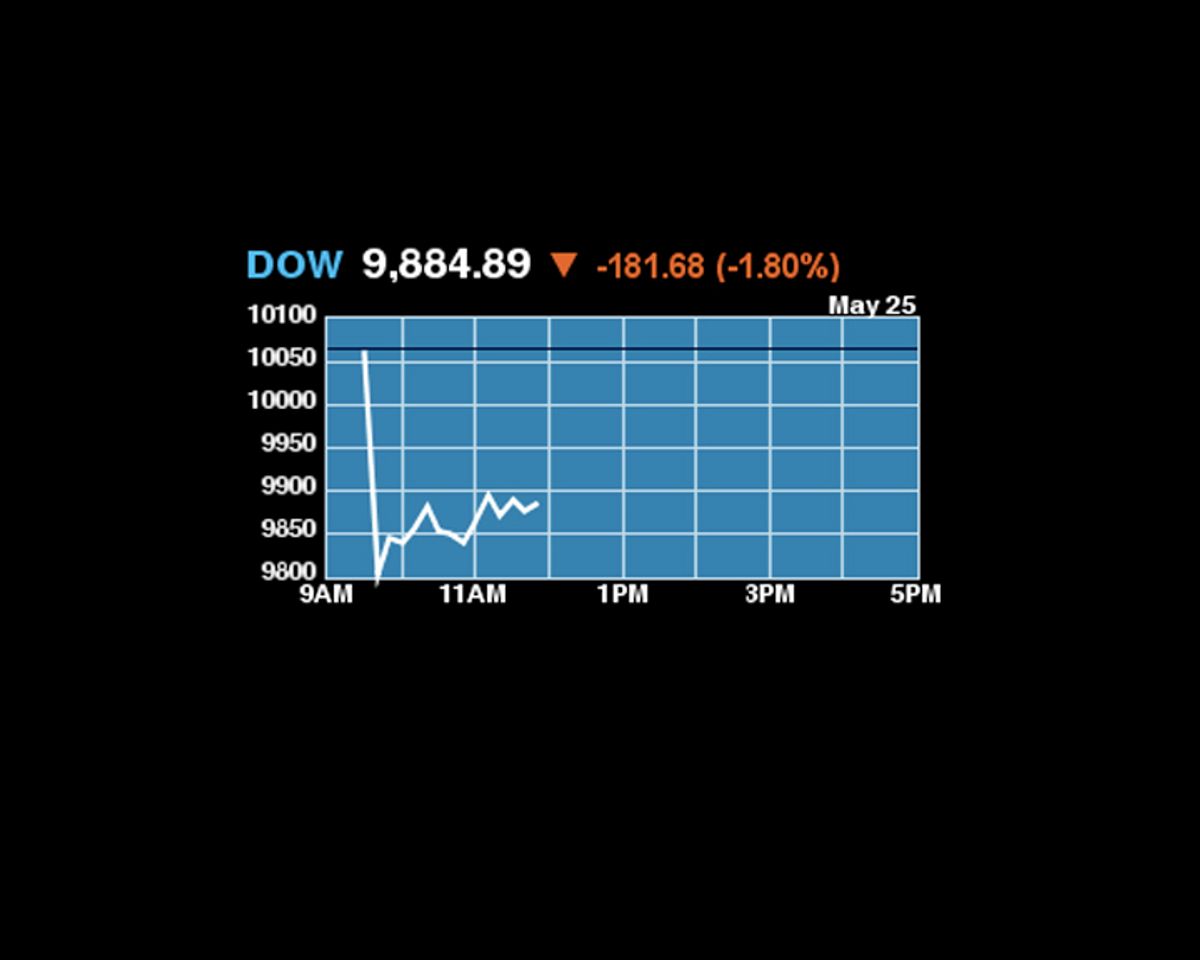 Consumer confidence surged in May, according to the Conference Board, to its highest point in a year. "Pessimism is beginning to fade," reports Bloomberg News, "as the expansion that began in the middle of 2009 begins to create the jobs needed to encourage Americans to spend."

Alas, the cutoff date for the Conference Board's consumer confidence survey was May 18, and the economic news has been anything but good for the last week. A quick perusal of the business headlines Tuesday morning reinforces the gloom. The European financial crisis continues to lumber forward, a slow-motion train wreck that seems impossible to stop. Borrowing costs for European banks are inching relentlessly up, the value of the euro and a wide array of commodities continues to fall, and stock markets all around the world are feeling the pressure. The Dow Jones Industrial Average dropped nearly 300 points immediately after trading opened, and as I write these words, it is still down more than 170 for the day, sitting well below the 10,000 mark.

Remember those halcyon days of 2009, when we could have fun arguing whether President Obama was unfairly getting blamed by conservatives for market dips, or hypocritically being denied credit for an extended market rebound? The Wall Street Journal makes a half-hearted effort to blame some of the current market woes on "uncertainty" associated with financial reform, but the most obvious lesson to take from recent events is that what's going on in Washington right now has depressingly little relevance to or influence on the global economic trends that have investors running for cover, everywhere.

We've got all the makings of a good Greek tragedy, inspired at least in part, not uncoincidentally, by Greek fiscal mismanagement. Ironically, the consumer confidence report is a sign that the Obama administration has done a pretty good job of running things. Fiscal stimulus, applied promptly, contributed significantly to an economic reboot. All things considered, while I might not go so far as the New York Times' David Leonhardt, who calls the last 16 months a "new progressive period" as profound in its implications as the Reagan Revolution or Lyndon Johnson's Great Society, I would imagine that the White House would be feeling pretty good about things right now. Two major pieces of legislation passed, and a remarkable economic turnaround accomplished -- it could have been much, much worse.

But Europe's woes, presaging a renewed global banking crisis, freezing up credit all over again, threaten to nullify all the good work that has been done. We saw in the fall of 2008 how a financial crisis could shock Main Street into recession. We know all too well how interconnected and fragile the global banking network is. It's plain to see that there are no good answers to Europe's problems -- one way or another, economic growth will be sharply curtailed in the eurozone.

Throw in a possible war between North and South Korea, a recalcitrant environmental disaster in the Gulf of Mexico, and renewed signs of weakness in the housing market and it becomes impossible to avoid the feeling that a rough summer is ahead.

UPDATE: The Dow ultimately ended reclaiming most of it's initial fall, closing only 22 points down.