Nor will they make John McCain stop complaining 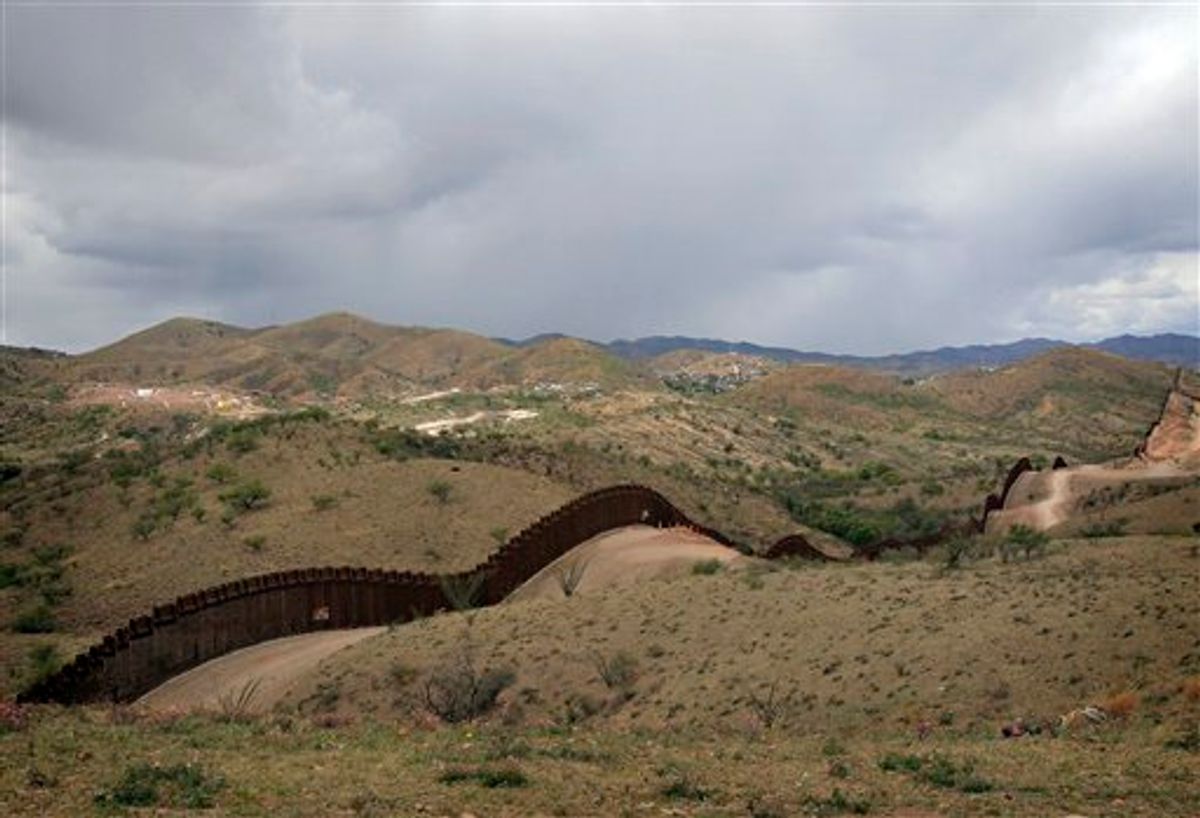 Barack Obama is going to send 1,200 National Guard troops to our border with Mexico, and he's also asking for an additional $500 million for border security. John McCain wanted Barack Obama to send 5,000 troops. (McCain also wanted many, many more millions of dollars, because he is a big-government tax-and-spender.)

As Ben Smith points out, this is a sort of half-hearted version of Bush's 2006 border security gambit, in which he sent 6,000 troops but still failed to convince Republicans to support SHAMNESTY.

On the floor of the Senate, McCain announced that he is grateful for the 1,200 troops, but he really needs thousands more if he's going to win his primary. (McCain made this clear to Obama at the weird meeting the president had with the GOP caucus earlier today.)

If we want to end border violence (which is mostly violence happening on the other side of the border) our best options are to either convince Americans to cease using drugs or to just accept that they will continue to use drugs and provide a safe and legal way to procure them that doesn't involve ultra-violent criminal cartels.

And, hell, I'm no jingoist, but surely we can do better in this country than importing our drugs from Mexico, right? Surely a "Buy American" campaign for marijuana and amphetamines would be a smashing, patriotic success. There is, I admit, not much we can do about cocaine and heroin. Though a legal and regulated opiate trade would surely help prop up the local economy in Afghanistan and win us important allies there.

(In addition, we could try to make weapons harder to procure in America, but that is against Our Constitution.)

Of course, the fact that the violence has been primarily limited to the Mexican border has done nothing to stop the hysteria, in Arizona and across the country. It's almost as if the threat of violence is primarily being used as a smokescreen for some other reason people might have to want to seal up the border.