Rob Simmons drops out in Connecticut 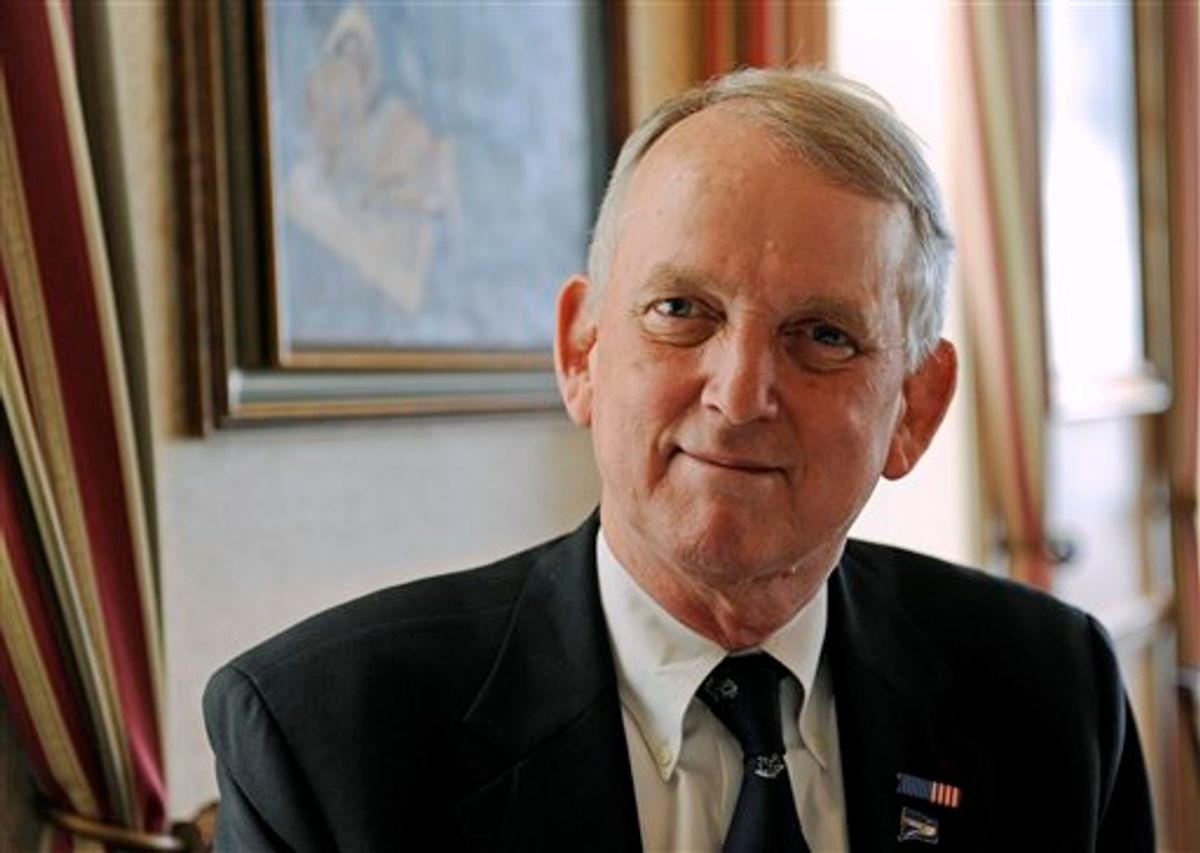 FILE In this March 31, 2009, file photo, Rob Simmons talks to the Associated Press during an interview in Washington. Republicans once saddled with the burden of President George W. Bush's unpopularity are now experiencing a boon from another struggling president: Barack Obama. The GOP senses rising fortunes from coast to coast, as one-time lawmakers look to capitalize on voter frustration that booted some of them from office in 2006. Others, long retired, see the Democrats' luster fading and with it a chance for them to return to Washington. (AP Photo/Susan Walsh) (AP)
--

Rob Simmons is dropping out of the race for US Senate in Connecticut. The Republican just doesn't have as much money as wrestling entrepreneur Linda McMahon.

The New York Times-fueled Richard Blumenthal scandal (on two or three occasions, Blumenthal spoke as if he'd served in Vietnam, when in fact he was serving stateside) left the door wide open for a credible challenger to the all-but-anointed successor to Chris Dodd. GOPer and former Representative Rob Simmons seemed perfectly positioned to take advantage of the situation, because he actually did serve, honorably, in Vietnam, while Linda was graduating college to work for her father-in-law's traveling wrestling show.

Alas, it did not work out for him.

Simmons won 46% of the vote at the convention, but McMahon, who won, is the richest Senate candidate in the nation. Wealthy Connecticut elitist Ann Coulter is not happy with this turn of events.

Simmons is not officially ending his campaign, but he's effectively ceasing campaign activities.