Slide show: Sarah Silverman, Jonathan Ames, Rashida Jones and 17 others turn the pencil on themselves 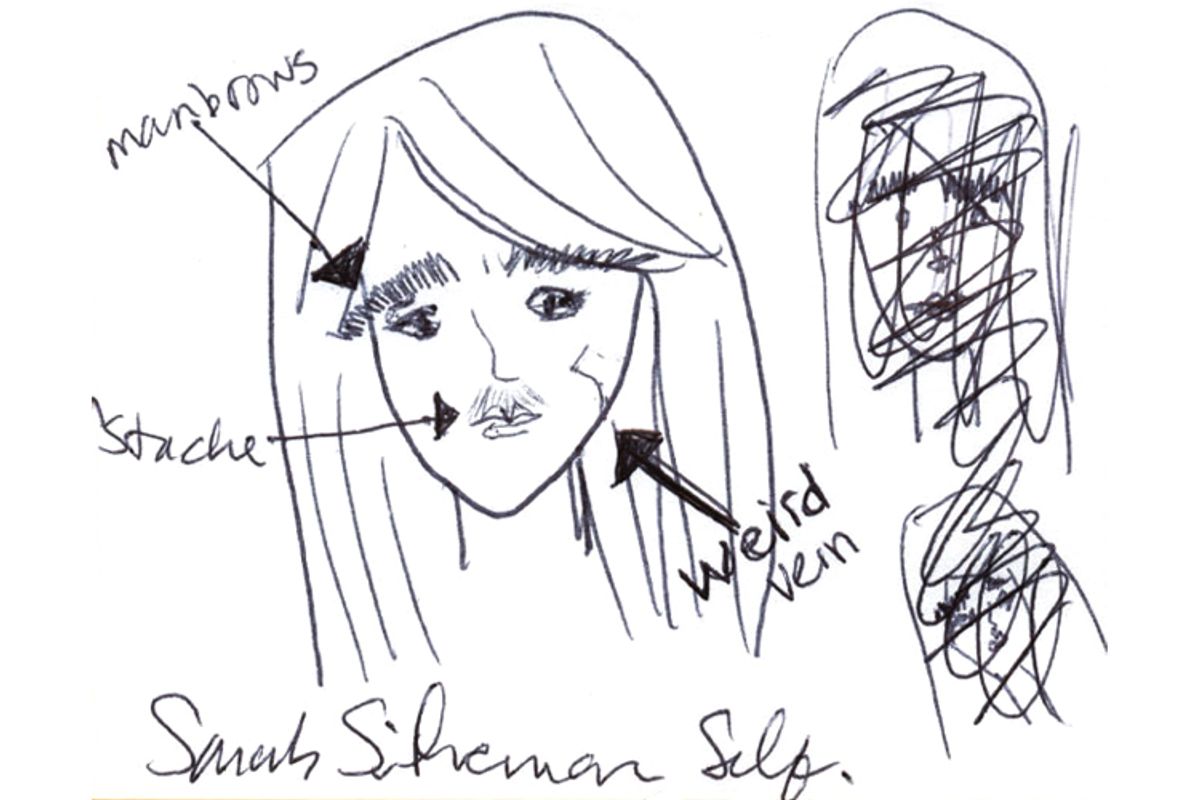 When I met the author Jonathan Ames in his office at Indiana University in late 2000, the only objects on his desk were a telephone and a stack of portrait doodles -- some of them self-portraits. Ames had just begun his year in Bloomington as a visiting professor, and I'd dropped by to introduce myself and to ask if he'd contribute a story to my dorm-funded student literary magazine.

I never got around to asking for a story. Instead, after we'd talked awhile -- Ames was very generous with his time -- I asked about the doodles. Did he think of himself an artist? Not really. He compared the doodles to boogers. It can be fun to extract and admire a good one, he said (I paraphrase), before discarding it. When I asked if he'd let me publish some of them, he gamely handed me the whole stack, and we printed them all. It was fun.

A couple of years ago, when I chanced upon a copy of Burt Britton's "Self-portrait" -- a priceless book of doodles that Britton, a former bookseller, had solicited in the early 1970s from Norman Mailer, Jorge Luis Borges, Margaret Atwood, John Updike and more than 500 other writers -- I fondly recalled Ames' booger doodles, and asked him to help me kick off a contemporary collection of self-portraits by talented creative people who may not be known for their drawing skills. Once again, Ames was game. Following are 20 self-portraits from a book we're putting together at McSweeney's.