Vaughn Ward, the most incompetent candidate in America

Idaho GOPer Vaughn Ward doesn't know what Puerto Rico is, forgot to vote in '08, and plagiarized from Barack Obama 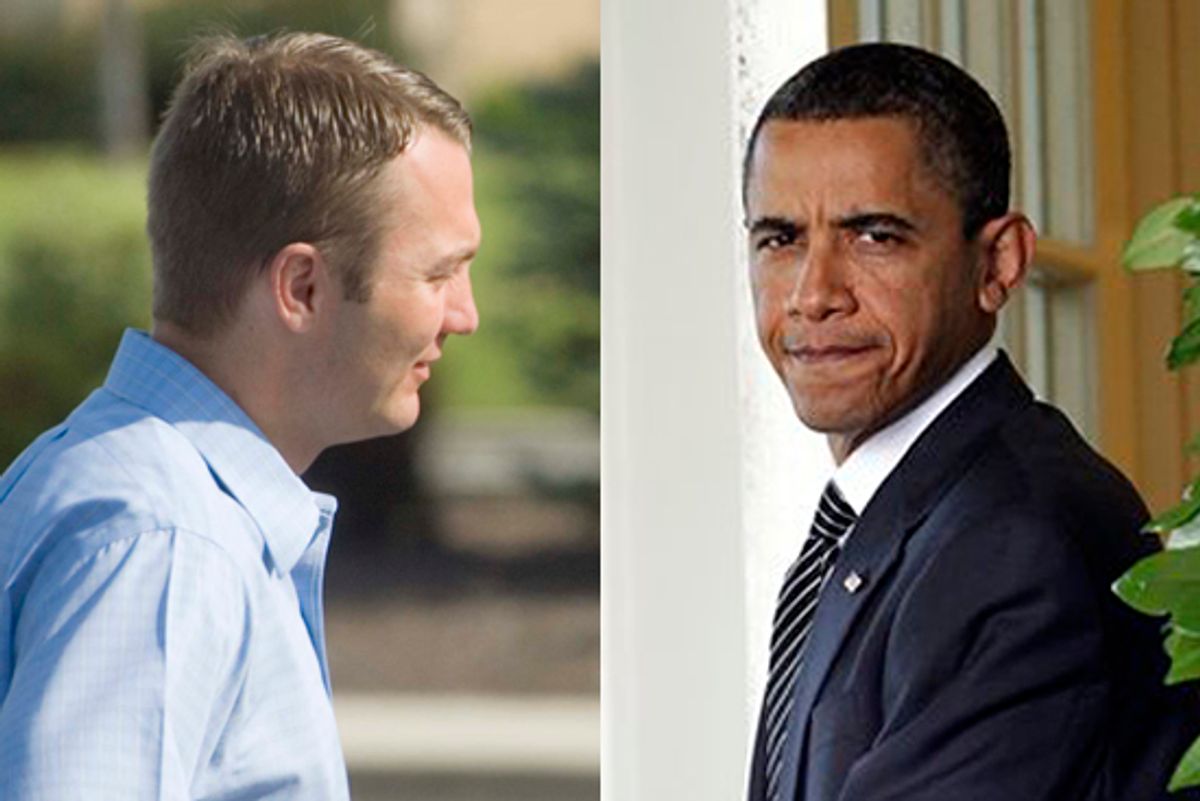 Sarah Palin-endorsed congressional candidate Vaughn Ward is apparently a big fan of President Obama. He loves the president so much, he stole many of his words for a speech. An Idaho state Senate candidate created this damning video:

Ward is running to unseat Democratic Rep. Walt Minnick (the lone Democrat to receive a Tea Party Express endorsement). The primary is today. This is how Ward's campaign has gone, thus far:

The most recent poll has Ward neck-and-neck with challenger Raul Labrador.