The foodie indictment of feminism

Michael Pollan blames the movement for our fast-food culture. What about untold men who've never tied on an apron? 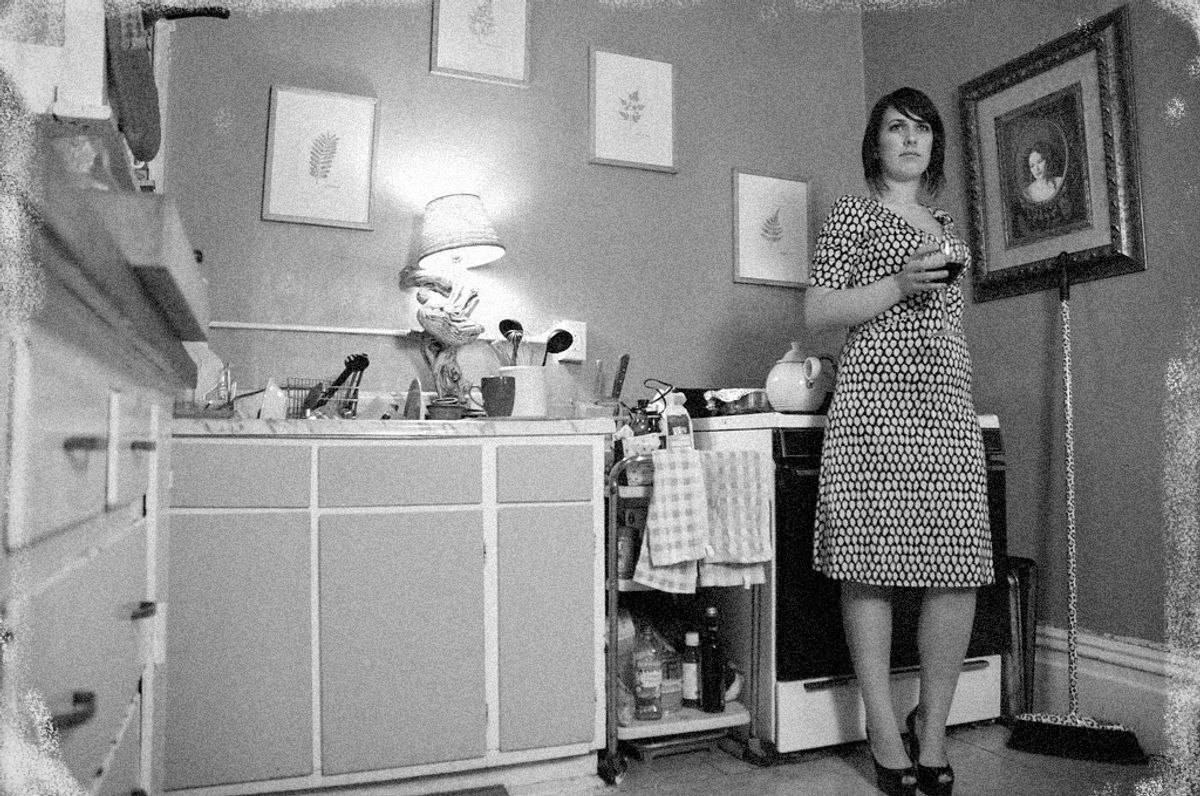 Michael Pollan had me -- almost.

I'm a fan of the journalist who has become the food movement's top chronicler. I pass on copies of "The Omnivore's Dilemma" and "An Eater's Manifesto" like it's my job. I social network the living daylights out of Pollan's articles. I go locavore and vegetarian, I'm in my second year of community gardening, I live in a city where urban agriculture thrives, and I thrill to how the food movement is not only where my environmental, social justice, and political beliefs intersect -- but it's where I get a great meal too.

So while reading Pollan's latest piece in The New York Review of Books, I was nodding along as he articulated how the local food culture manifests the good kind of movement fragmentation -- threading together diverse interests to create a powerful force. I was nodding, at least, until I got to the part where he discusses Janet A. Flammang's new book, "The Taste of Civilization: Food, Politics, and Civil Society." Pollan writes:

In a challenge to second-wave feminists who urged women to get out of the kitchen, Flammang suggests that by denigrating "foodwork" -- everything involved in putting meals on the family table -- we have unthinkingly wrecked one of the nurseries of democracy: the family meal.

Pollan chooses not to challenge the assertion that second-wave feminists are responsible for "wrecking one of the nurseries of democracy" because they urged women to explore possibilities outside of cooking the family meal. Nor does Pollan question the notion that feminists are to blame for "urging" women to leave the kitchen, when one might imagine that those who left the aprons behind were thinking beings who made their own choice to leave, regardless of the persuasions of feminists and family alike.

Pollan goes on to offer Flammang cred for being a "scholar of the women's movement" before half-quoting her as saying that "'American women are having second thoughts' about having left the kitchen." Pollan emphasizes his agreement with this strange notion by adding a footnote that cites "the stirrings of the new 'radical homemakers' movement" as evidence that "lends some support to this assertion."

My take, as a feminist and local foodie? Blaming feminism for luring women out of the kitchen, stealing the ritual of the family meal, and thereby diminishing "one of the nurseries of democracy" is both simplistic and ridiculous. It's true that shared meals are powerful spaces for building relationships and "the habits of civility." But if we're going to talk about who's to blame for our current culture of processed food, why not blame untold generations of men for not getting into the kitchen, especially given Pollan's characterization of the family meal as having a meaningful role in cultivating democracy? If it's so important, why is their absence excusable?

And yet, there's no such finger-pointing for men -- though Pollan does gently suggest that the answer to our distorted food culture is not "simply" for women to return to the kitchen, but for men and children to join them there too. I agree that, for those who discover joy and purpose in growing and cooking food, this is a great idea. I'm almost with Pollan (and, it seems, Flammang) on this. But they each illustrate their point crudely by blaming women who wanted to do something with their lives besides basting turkeys -- especially when they balance it with no blame at all for men who never took up their share of the work in creating a family meal ritual where "the habits of civility" are learned.

I might not have bristled so much at Pollan's article if I thought this might've been a one-off misjudgment, but unfortunately it has precedent. On Broadsheet last summer, Kate Harding challenged Pollan's article for The New York Times Magazine, where he, among other things, contends that the "revelation and creation" of pastry-making is "a bit of wisdom that some American feminists thoughtlessly trampled in their rush to get women out of the kitchen." I fear his new piece reveals that this nonsensical feminist-baiting is a pattern for the leading thinker of the vibrant food movement -- which raises a whole new "civility" question.