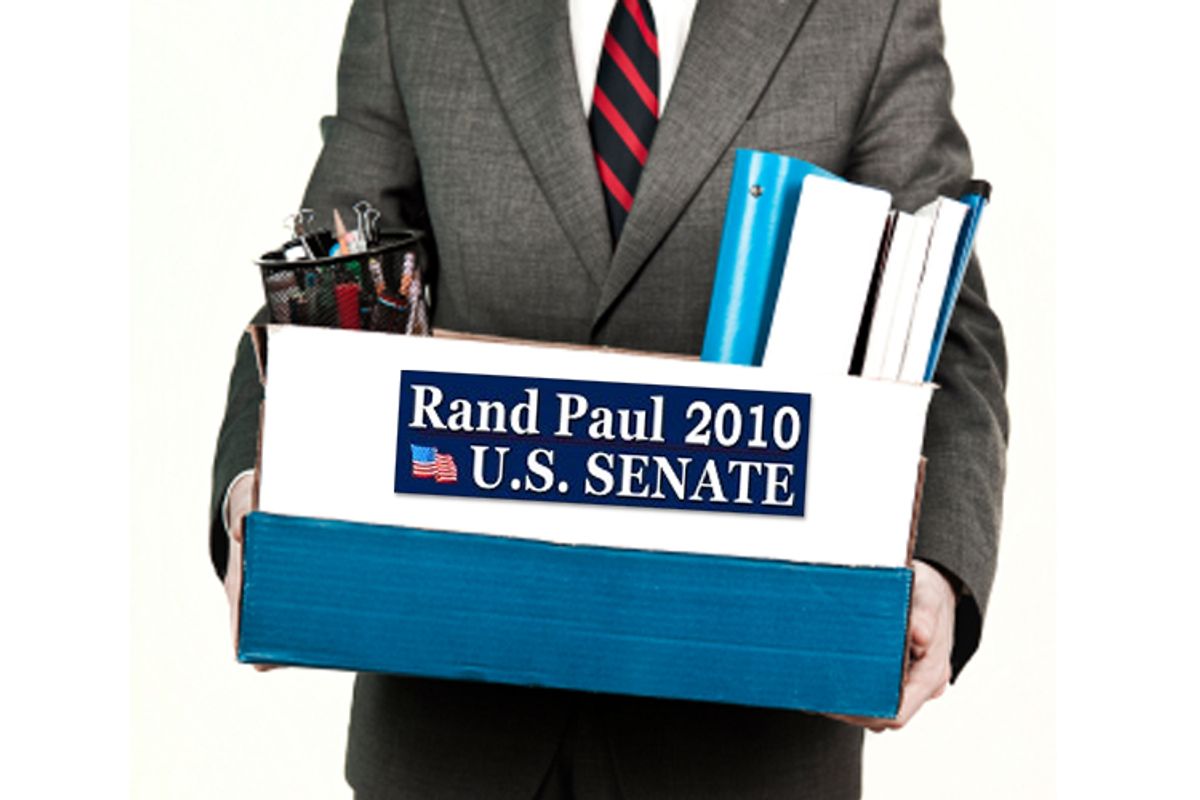 Rand Paul replaced his campaign manager for the crime of allowing Rand Paul to go on national television and say what he believes about things. Paul's new campaign manager is Jesse Benton, who worked on Rand's father Ron's presidential campaign. So, here comes the blimp. (And the not winning anything?)

Paul's former campaign manager is now a "campaign chairman," which mean Paul either didn't want this to be characterized as a shakeup following a disastrous week or he wants to make it look like he's righting the ship without actually doing anything. (I am honestly not sure which!)

Paul's campaign also sent a letter out to supporters today, employing the usual self-pitying Palinesque language and blaming the liberal media and the White House for the mistakes of the candidate. ("I guess we've got their attention now!" is a great line, though. I imagine it being said in the voice of the little chicken hawk from old Warner Brothers cartoons.)

Meanwhile, it's always worth remembering that Paul's "libertarian convictions" led him to the (temporary) position that federal power should not have been used to integrate private businesses, but he has never had a problem with using federal power to force women to carry pregnancies to term. That's one of the reasons the Libertarian Party may field a candidate against Paul in November.