Battle of the lingerie brands 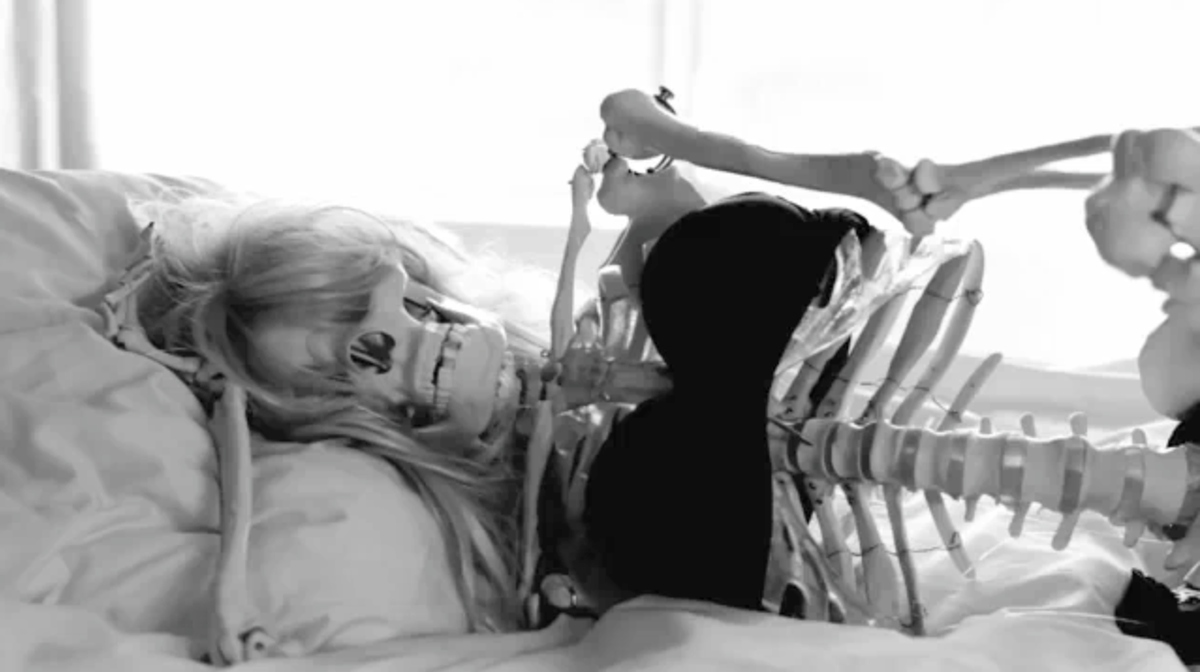 Remember the upset last month when Lane Bryant accused Fox and ABC of censoring its lingerie ad starring curvaceous women, while the networks freely aired Victoria's Secret ads? Well, the plus-size clothing company isn't going to just let that publicity frenzy fade away without a fight. It was just brought to my attention that Lane Bryant's blog, Inside Curve, has posted a link to a video spoof of a Victoria's Secret commercial.

The spot, which was made by LandlineTV, stars a skeleton -- an actual life-size model of a skeleton -- wearing a black bra and panties. The bones-and-no-skin model reclines in bed and tosses her hair, all with the help of some strategically placed fishing wire and some unskilled marionette work. A woman's voice purrs that "Delicate Embrace" is "a bra for normal women -- everyday, normal, perfect women." Also, it's "specifically designed to air on Fox and ABC." Zing!

The skit is as about as uninspired as it sounds. However, Inside Curve calls it "humorous work" that "speaks to the cause of accepting beauty in all sizes." I can certainly recognize the intended critique of extreme and unhealthy beauty standards, and consider me a major supporter of that general message. But the video is framed as a big girls versus little girls showdown, and plays as the exact opposite of "accepting beauty in all sizes." I can hardly blame Lane Bryant for wanting to ride on Victoria's Secret's coattails (or G-string, as it were), but posting a link to this video on the company's blog only furthers the "us" versus "them" mentality. It's just another nasty offensive launched in the war over what "real" women look like.