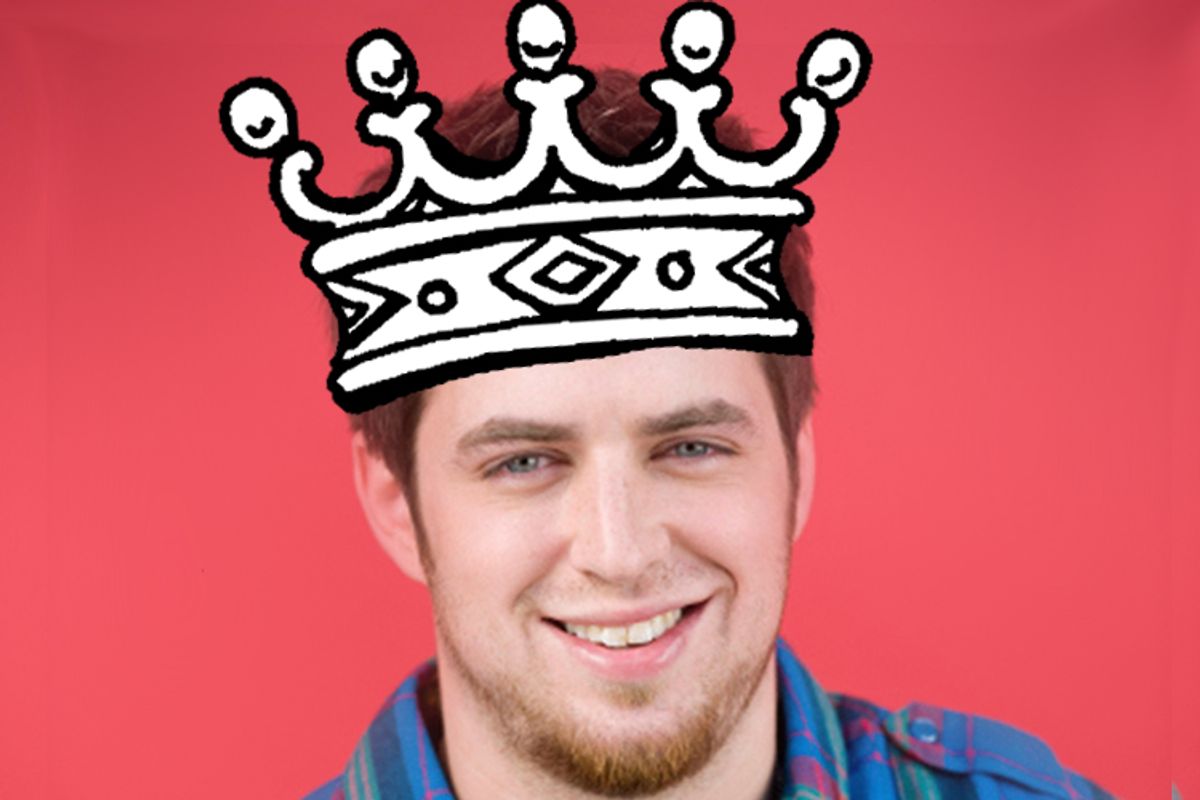 It was a bad sign when, at the start of the finale show, Ryan Seacrest asked the audience where the Crystal Bowersox fans were. Sitting 12 rows from the stage, I clapped and yelled as loudly as I could for the gifted single mom whose performances had often been the highlight of an incredibly dull season. But when Seacrest asked for the fans of Lee DeWyze, the crowd simply roared.

Sure enough, following a two-hour parade of throwback performances (Alice Cooper, the Bee Gees, Hall & Oates), we finally got to the big dim-the-lights moment. America voted ... and Lee DeWyze won.

Those damn texting tweens did it again.

DeWyze was overcome with emotion, falling to the ground. If there was a competition for being humble and grateful, he should win it. But a singing competition? The sleepy-eyed paint store worker spent the season looking like a deer caught in the headlights, offering bland performances week after week. Sure, he learned to smile a bit, started to look a little more relaxed and hit a few crazy notes. Too bad they were never on key.

Sitting near his family, I had to be careful. I didn't want to be rude. But as the crowd clapped and as DeWyze launched into his new (cringe-inducing) single, U2's "Beautiful Day," all I could think was: I hate "American Idol."

I said the same thing after last year's shocker upset, when Kris Allen (whose debut album had the worst sales of any "AI" winner) beat out Adam Lambert, but I was sucked in by a season that initially seemed promising. Loopy Paula Abdul replaced by likable Ellen Degeneres. That might shake things up, right? Instead, the five months were a slog, capped off by a final insult: Mediocrity trumps talent, once again.

Really, did Crystal ever have a chance? With her dirty blond dreadlocks, a casual style that verged on flippant, self-confidence that was often interpreted as cocky, and god forbid, teeth that didn’t blind you on sight, she was a different kind of role model: She didn’t seem to give a rip about anything besides her music. She was tough, took criticism without flinching. She stood by her artistic decisions, even after Simon inexplicably went turncoat two-thirds into the season and started propping Lee DeWyze up like a ventriloquist. She'll have a career despite coming in second place. That's one thing Jennifer Hudson and Chris Daughtry have made clear. When it comes to life after "Idol," winning really isn't everything.

Back at the finale (where I was lucky to be, thanks to an anonymous benefactor), the real story of the evening was that it was Simon's last show. He's off to follow his own dreams of bringing his British show "X Factor" to the States. The evening was appropriately packed with tributes (including, bafflingly, one from Dane Cook) to the man who has become shorthand for withering criticism but whose legacy is something else: He made celebrities out of ordinary people. The man is a force to be reckoned with. Paula Abdul showed up all pretty in pink (and slightly slurry), trying to convince him -- and us -- that the show would go on without him. She wasn't convincing.

It's almost impossible to imagine "American Idol" without Simon Cowell. Oh, the show won't die any time soon. This lackluster season and this lackluster winner will not be the demise of "American Idol." The ratings may be diminishing, but it's still the No. 1 program for the seventh year in a row by huge margins. It is still the most viewed program ON THE PLANET. But it's hard to deny that it's lost a great deal of its magic.

Will I watch it next season? Maybe. I've said no before, and still been snagged again by the dream machine, by the promise of young talent finding the spotlight, risking disappointment and humiliation for their one shot at fame, all the toil and agony and triumphs. In the immortal words of Homer Simpson, "If you really want something in this life, you have to work for it. Now quiet! They’re about to announce the lottery numbers!"

See you next January.