The good news: Condom use is up

The bad: It's inconsistent, and the rate of unplanned pregnancies among contraceptive users remains unchanged 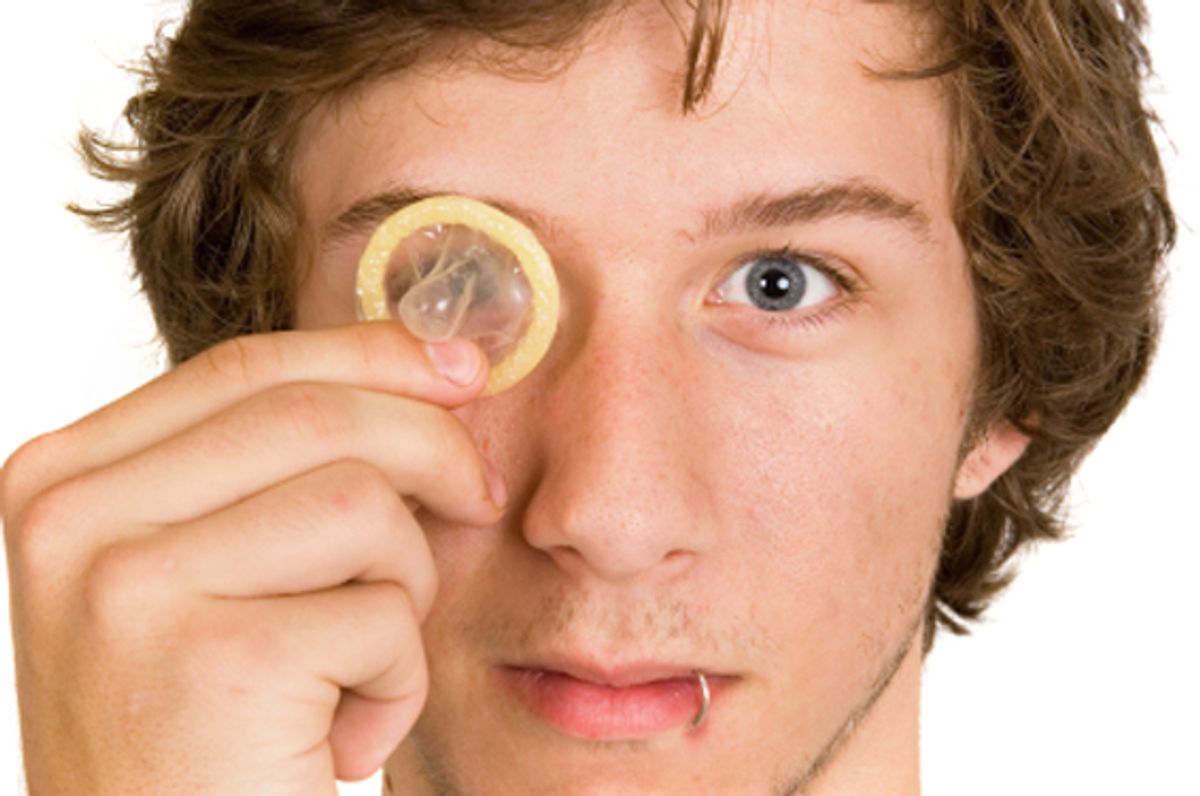 Looks like the myth that a girl can't get pregnant the first time she has sex has busted open like a decades-old rubber. A study by the Centers for Disease Control and Prevention finds that condom use has risen dramatically among couples having premarital sex for the first time, climbing from 55 percent before 1985 to 84 percent in recent years. This is a pretty big deal, considering that 94 percent of women age 15 to 44 have had premarital intercourse, and those that don't protect themselves their first time "are about twice as likely to become teen mothers," according to the study. As for "sexually experienced" women, as the researchers calls them, "virtually all" have "used some method of contraception" at some point in their lives. The most popular method is the pill, which is used by 10.7 million, and, believe it or not, sterilization follows close behind with 10.3 million.

To recap: Unmarried virgins are at least protecting themselves the first time they have sex and experienced ladies are protecting themselves -- sometimes. OK, sarcasm aside, this is legitimately good news. It's just important to keep the findings in perspective, as the survey itself makes a point of doing:

We have succeeded in easing access to, and encouraging the use of, birth control. The next hurdle: contraceptive consistency.