Nikki Haley will address the affair rumor next week 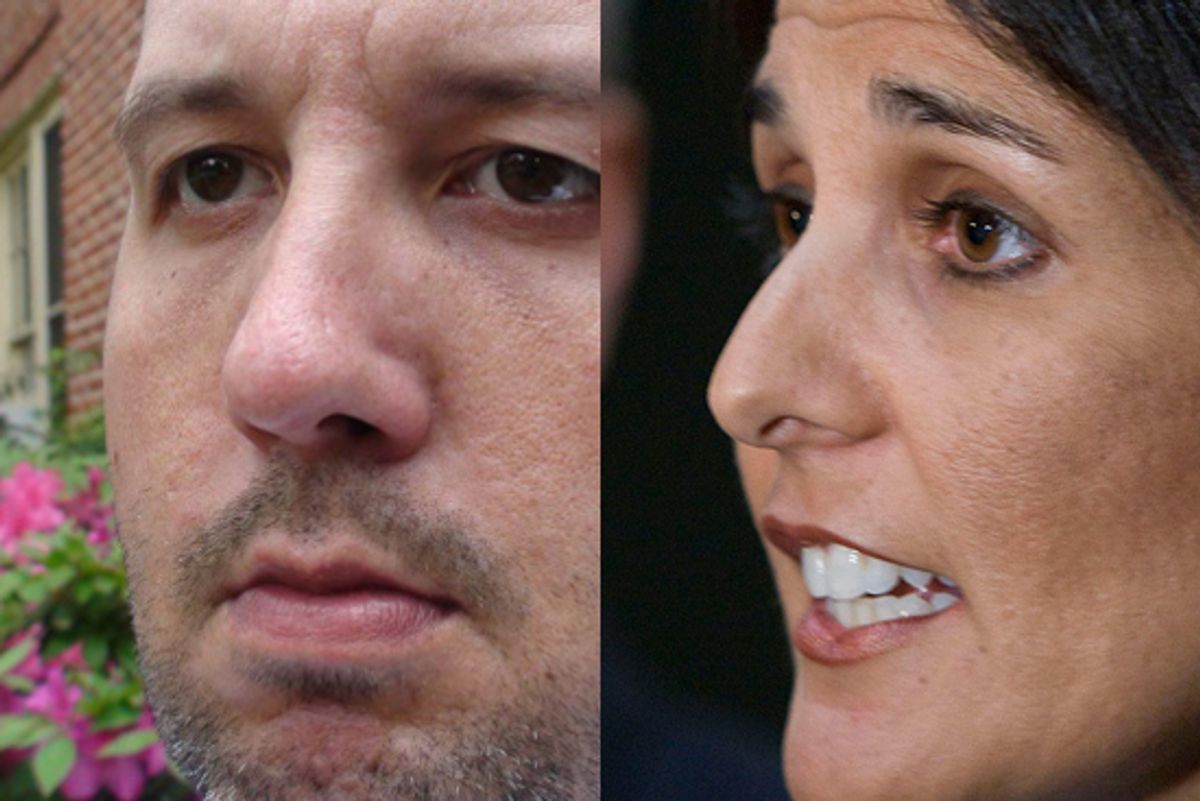 South Carolina gubernatorial candidate Nikki Haley still denies that she had a romantic relationship with blogger and sometime Republican political operative Will Folks. Her campaign says she'll answer questions about the relationship at a debate next Tuesday, one week before the primary.

The texts released by Folks don't add up to proof of an affair, but they certainly suggest an inappropriate relationship.

"I pray you escape all this," Folks wrote Haley in an email message in mid-March of 2009.

Haley wrote back encouraging Folks and apologizing for the situation.

"Stay strong. Have faith," Haley replied to Folks. "I'm sorry for any pain you are having to go through. You will be ok and better for it."

"I have considered leaving the whole business," Folks replied.

"Focus on healing yourself and clearing your mind," Haley responded. "It will help you get everything into a realistic perspective. Only then can you make the right decisions for you and your family. You will get through this. I promise."

(Folks' also claims a private investigator contacted him with a photograph of him and Haley in a "compromising position.")

Folks gave an interview to South Carolina TV about the whole mess. The highlight is the ambush on political operative Wes Donehue, whose texts about the supposed affair were released yesterday.

Reporter: "Do you regret anything you said in them?"
Long pause.
Donehue: "I regret cursing so much."