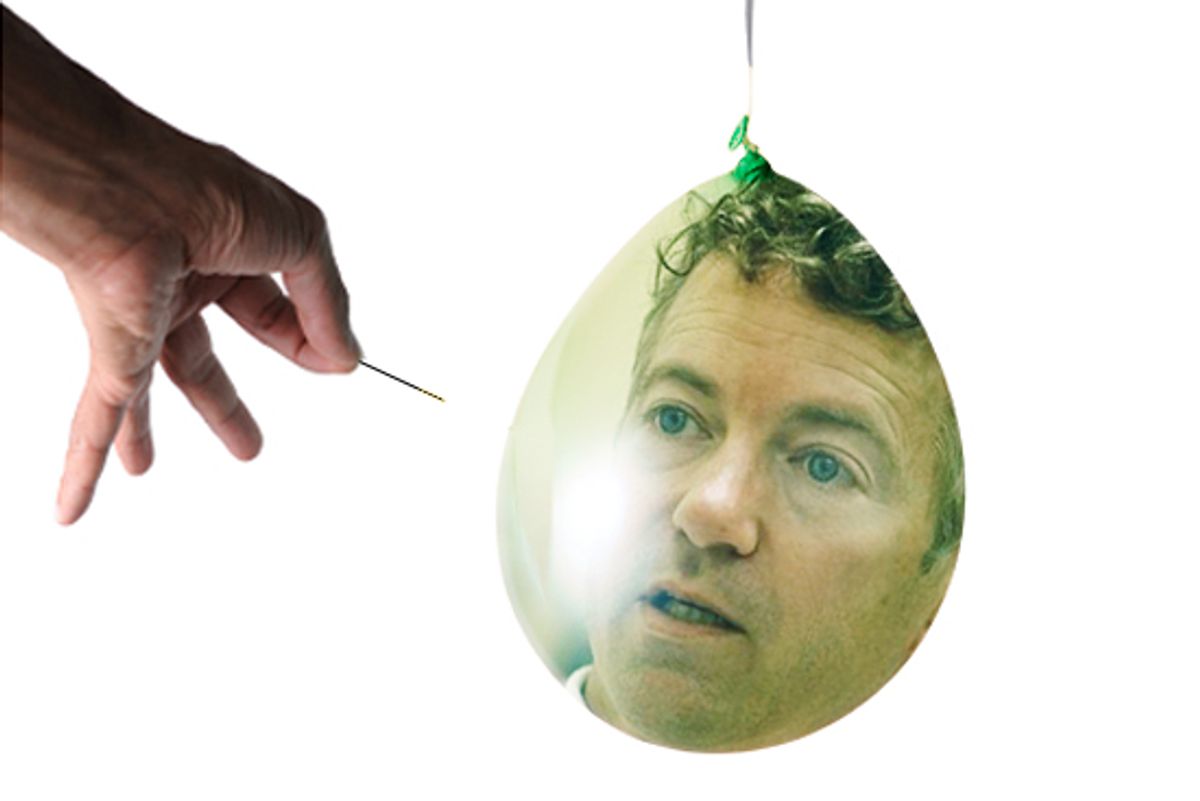 According to a new Daily Kos/Research 2000 poll, Rand Paul's support in Kentucky has plummeted to below 50%. Which means we may owe an apology to the state of Kentucky!

When the controversy over Rand Paul's non-support of the Civil Rights Act blew up, we posted this famous video of Kentucky Democrats having an important and serious discussion of national politics, and sometimes using the "N-word." It turns out that these people are perhaps outliers.

Paul's only ahead Democratic challenger Jack Conway 44-40%. (And the last poll, showing Paul up 59-34, was a Rasmussen poll, so who actually knows how big his lead actually was?)

Paul's negatives are up among Democrats and independents. But Republicans like him just a little bit more!

It was also reported today that Rand Paul is, for some reason, not actually a board-certified ophthalmologist. You don't need certification to practice, but 95% of practicing ophthalmologists are certified.