Coast Guard: Progress with Top Kill, but no fix 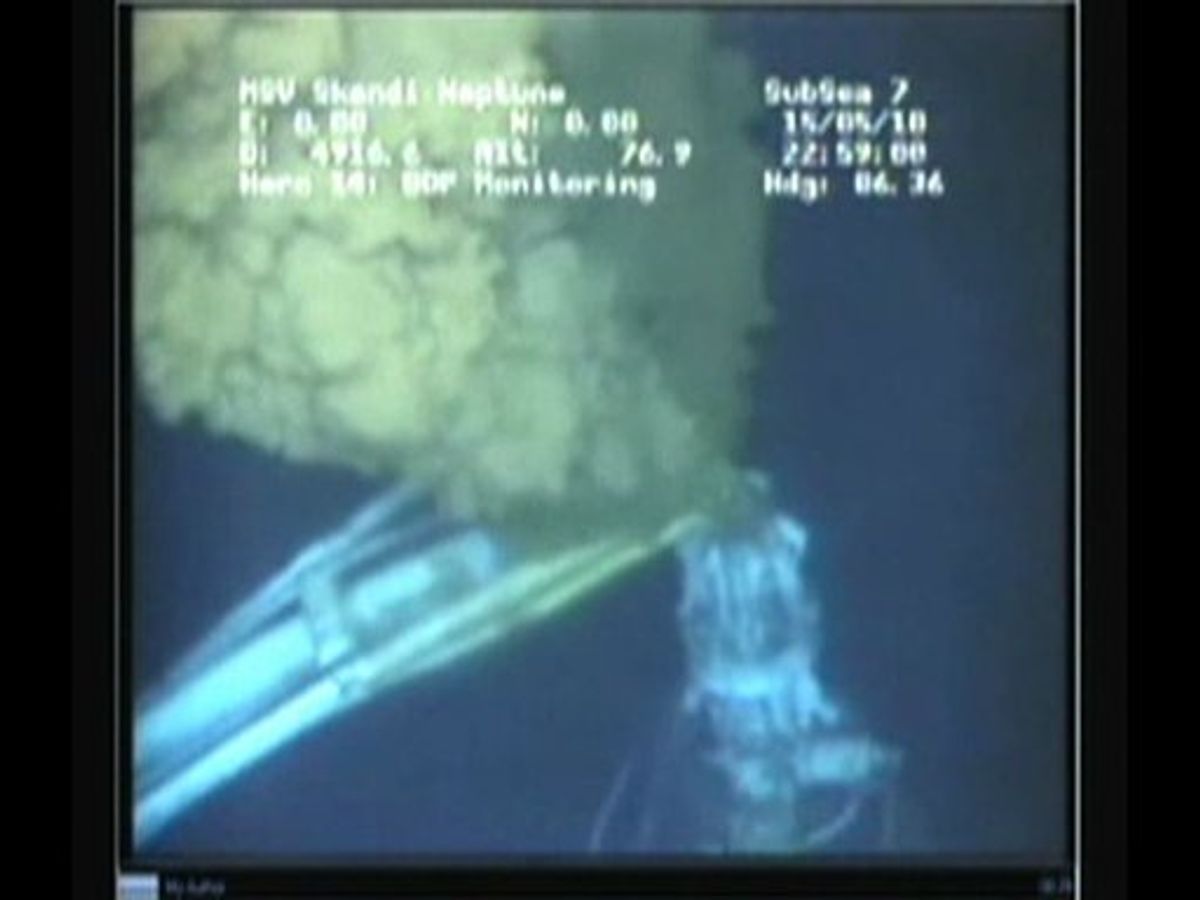 This undated frame garb image from video provided by the Senate Environment and Public Works Committee, on May 18, 2010, received from British Petroleum (BP PLC), shows oil gushing from the blown well in the Gulf of Mexico, where the Deepwater Horizon rig sank last month. Questions remained about just how much oil is spilling from the well. (AP Photo/Senate Environment and Public Works Committee) (AP)
--

The Coast Guard says BP is having some success slowing the Gulf of Mexico oil leak by injecting mud but the fix isn't done yet.

Coast Guard Lt. Commander Tony Russell said Thursday reports that Admiral Thad Allen, who is overseeing the operation, had called the procedure a success were incorrect. He said Allen said that the flow of mud was stopping some of the oil and gas but had a ways to go before it proved successful.

BP spokesman Tom Mueller said the effort that started Wednesday to plug the blown-out with mud, called a top kill, was continuing.

Mueller said BP PLC doesn't anticipate being able to say anything definitive on its success until later Thursday.