The worst story on the Palin/McGinniss feud so far 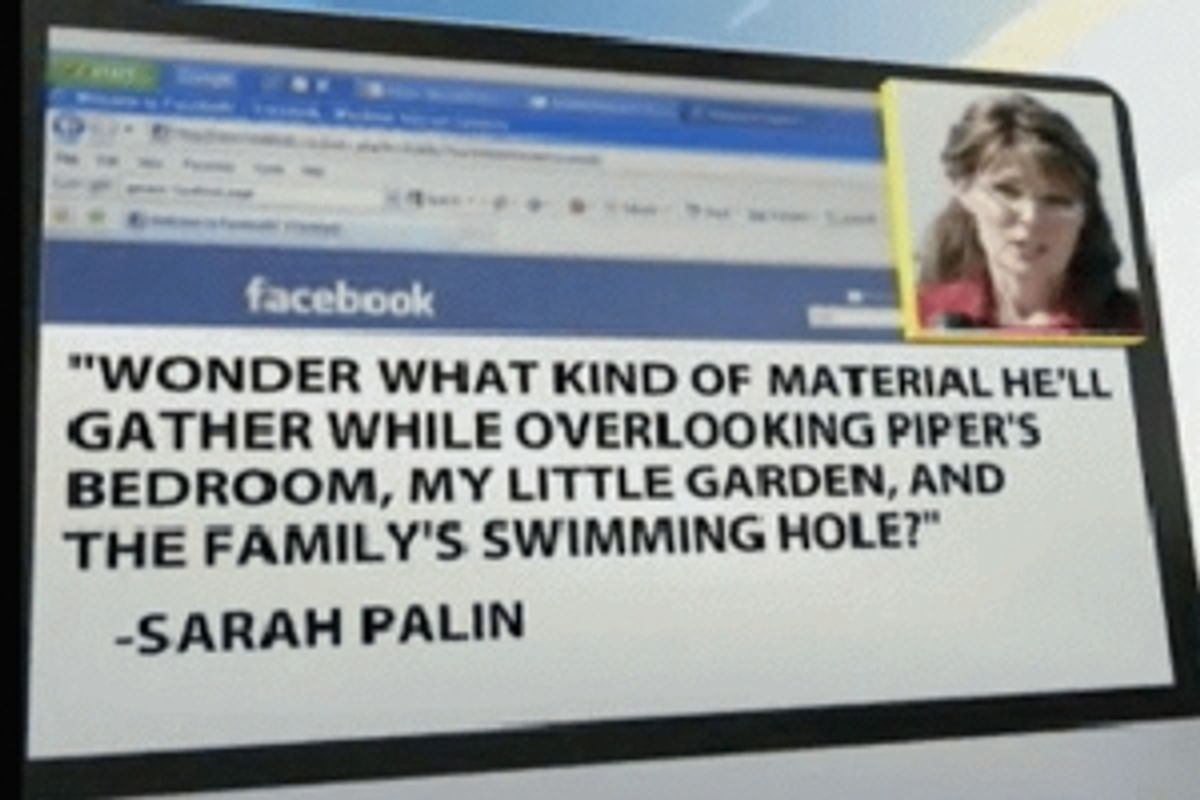 Congratulations, ABC. Your news division produced the worst non-Fox coverage of the Sarah Palin/Joe McGinniss feud that I have seen so far. A team of professional journalists actually went to Alaska and filed this report for broadcast on the morning program of a major broadcast television network. It is essentially just a visual interpretation of the nonsense Palin wrote on her Facebook wall.

The chyron/title of the segment is "PEEPING ON PALIN?" (You don't get to just add a question mark after a statement accusing someone of something incredibly untoward and pretend that's in any way responsible or fair.)

Reporter Neal Karlinsky quotes Palin calling McGinniss an "odd character" without pointing out to his audience that McGinniss is a respected, longtime reporter, who has written about Palin and Alaska before.

Karlinsky on Palin's home: "You'd be hard-pressed to get a close look at it unless you were living in a boat, or right next door. And that, apparently, is why investigative reporter and author Joe McGinniss has now moved right in -- a move... that's causing quite a stir." Smash cut to: close-up footage of Palin's house taken from a boat taken by the ABC crew.

Karlinsky repeats the weird and completely over-the-line accusation by Palin that McGinniss is spying on Piper's bedroom.

Karlinsky films the Palin house from the backyard of the home McGinniss is renting, presumably without anyone's permission.

And in the most audacious and bizarre portion, Karlinsky harasses McGinniss at the house he is renting -- an actual intrusion onto his private property -- in the process of reporting a story on how creepy it is that this reporter is "violating" Sarah Palin's privacy. At no point does Karlinsky acknowledge the irony.

The only opinion we hear in this story is that of a woman who smears any reporter who dares to write critical things. So, according to this news report, reporters are creepy and gross and the process of reporting is sick and disgusting. Thankfully, ABC is apparently in no danger of practicing this "journalism" thing.