The readers come through with their own fantasy airline matchups. Hooters, Virgin and Bangkok, anyone? 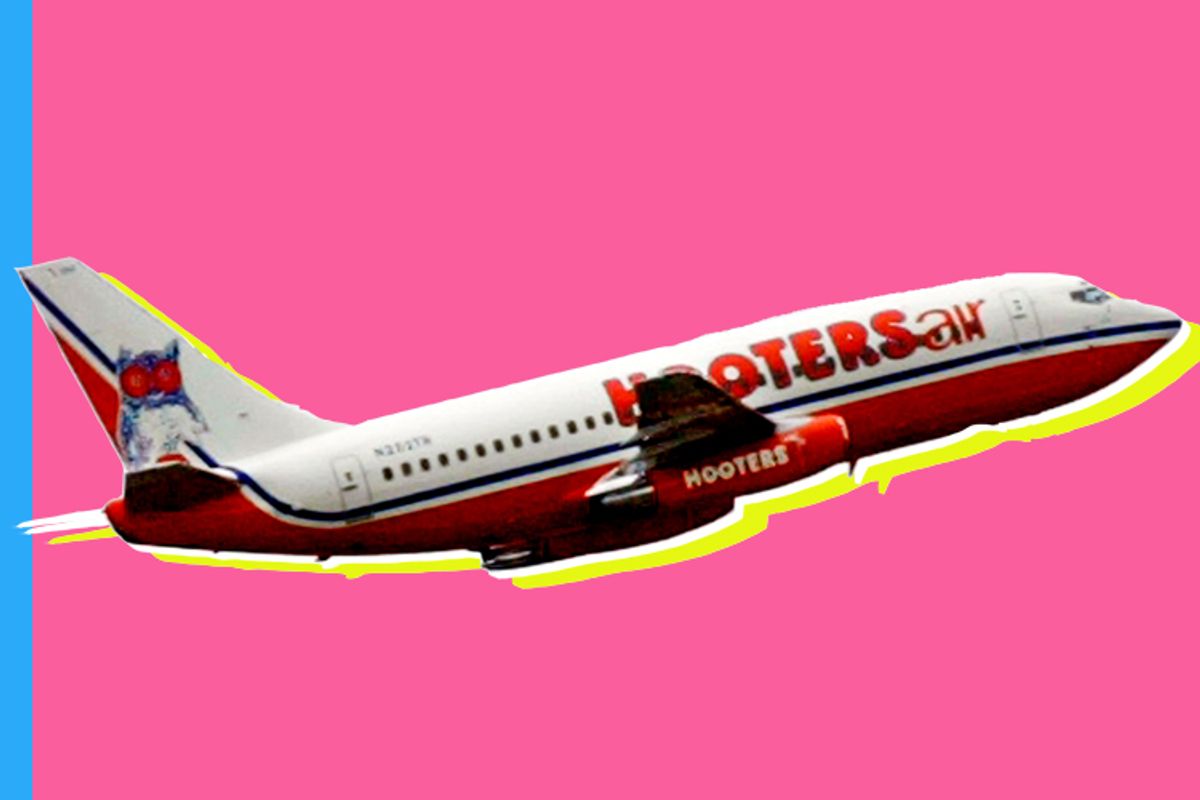 "On May 12, an Airbus A330 crashed in Libya killing 103 passengers and crew. This past weekend, an Air India Express 737 overran a runway while attempting to land in the southern Indian city of Mangalore, killing 158. Not to cast a jinx, but plane crashes, like celebrity deaths and tropical storms, seem to happen in threes, so I'll be eyeing the news nervously in the days ahead."

That's a quote from my column two days ago. It had slipped my mind, but in fact there already had been a third crash. I'd forgotten about the Antonov An-24 that went down on May 17 in Afghanistan. The wreckage of the Pamir Airways flight was found three days later on a 13,500-foot mountain approximately 80 miles north of Kabul. There were no survivors among the 44 passengers and crew.

This was the most serious accident in Afghanistan since the 2005 crash of a Kam Air 737 that killed 104 people. That disaster was covered here.

It's not my fault that Kam Air rhymes with Pamir. The latter, by the way, takes its name from the Pamir Mountains of Central Asia. And not to make fun of them, but Pamir Airways' slogan is "Fly with confidence."

Which reminds me, the results are in from my airline alliance parody challenge.

The other day, invoking the spirit of SkyTeam, OneWorld, et al., I came up with some proposed alliances and invited readers to devise their own. My submissions included:

The Alliance of Evil: Iran Air, Syrianair, North Korea's Air Koryo and Cubana (plus maybe a Venezuelan airline or two)
Slogan: "You're with us or you're against us"
Frequent flier program: BushMiles

Several of you did me better.

Among my favorite ideas is the one from Hugo Laporte, a reader in Belgium. Hugo gives us the Big Heads Alliance, composed of Virgin Atlantic, Ryanair, Laker Airways and Southwest. (Yes, to do this right we need to resurrect a few dearly departed airlines of the past.) In other words, the Big Heads group features those carriers, old and new, headed by the industry's most outspoken airline leader/celebrities: Richard Branson, Michael O'Leary, Freddie Laker and Herb Kelleher.

Slogan: "Be self-important with us"
Frequent flier program: Ego Miles

I'm thinking we could villainize things by adding in Frank Lorenzo's Eastern and Continental. And naturally, each carrier will paint up one of its jets in full alliance house colors featuring larger-than-life portraits of each big shot. (A free T-shirt or hat to anyone who can give us a Photoshop rendition of what this might look like.)

Slogan: "Always Going Your Direction" (Or, my suggestion, "At least we know which way is up")
Frequent flier program: The Compass Club (duh).

Slogan: "We know what you're thinking"
Stop by the in-terminal "Gentlemen's Club" for special attention

And yeah, yeah, before somebody mentions it: Flight attendants do accept tips, but only in their G-strings.

As some of you might remember, there really was a Hooters Air. About six years ago it was flying a foursome of leased Boeings from a base in Myrtle Beach, S.C. Operations have since ceased, but the venture deserves a posthumous mention if for no other reason than to savor one of those only-in-America sighs of capitulation.

The first Hooters Air joke I heard was this: "In the unlikely event of a water landing, your flight attendant may be used as a flotation device." Its aircraft were set up with blue leather seats and generous legroom. The company called it "Club Class," which was a brand once used by British Airways for its business class. Hooters Air was about as far from British Airways as a Hooters restaurant is from a banquet at Buckingham Palace, but its planes were probably more comfortable than most. Hooters Air reported large numbers of passengers requesting aisle seats, and claimed this was "for the scenery." Those at the windows had a view of mountains, while on the aisles ... Well, only one of the views was real.

And with that I'm reminded of the "Tranny World Airlines" advertisement in the hilarious SkyMaul parody magazine from the Kasper Hauser comedy group. "More flights to sex-reassignment surgery destinations than any other airline." And, "You are now free to use the ladies' room."

Anyway, some of your other alliance suggestions were, let's just say, underwhelming, though several readers did come up with entertaining ideas for new individual carriers.

Reader Rosie Klein, for example, imagines something called "Air America." This would be, she says, "The progressive airline featuring the Liberal Lounge and our frequent flier program, aka the Public Option. Connect at one of our hubs in New York, Boston or San Francisco."

Klein also offers "Vatican Air, where God is our copilot, and yours too." Children fly free (if they agree not to press charges), and passengers can relax in the Papal Primacy Lounge. All sorts of segues here, I know: in-flight confessionals and communion, etc. Flight attendants could sell on-board snacks and, of course, indulgences. (And it brings to mind the old "separation of church and sky" column I wrote in 2004.)

What we need, I think, is a conservative counterpart to Klein's Air America. We've already got a Republic Airlines (we've had two of them), but how about a Republican Airlines?

We'll give the company hubs at Reagan-National and George H.W. Bush Intercontinental in Houston. And don't forget Tom Ridge field. Slogan: "Fly right." Travelers are encouraged to bring their guns aboard, and all hubs feature a Tea Party Lounge. They haven't got a frequent flier club because obviously that's socialism. Real Americans pay their own way and would never accept such a handout -- unless they're among the richest 1 percent of fliers, in which case they can upgrade for free.