So, Dems are cynically playing politics by doing something that only benefits a small minority. Makes sense, right? 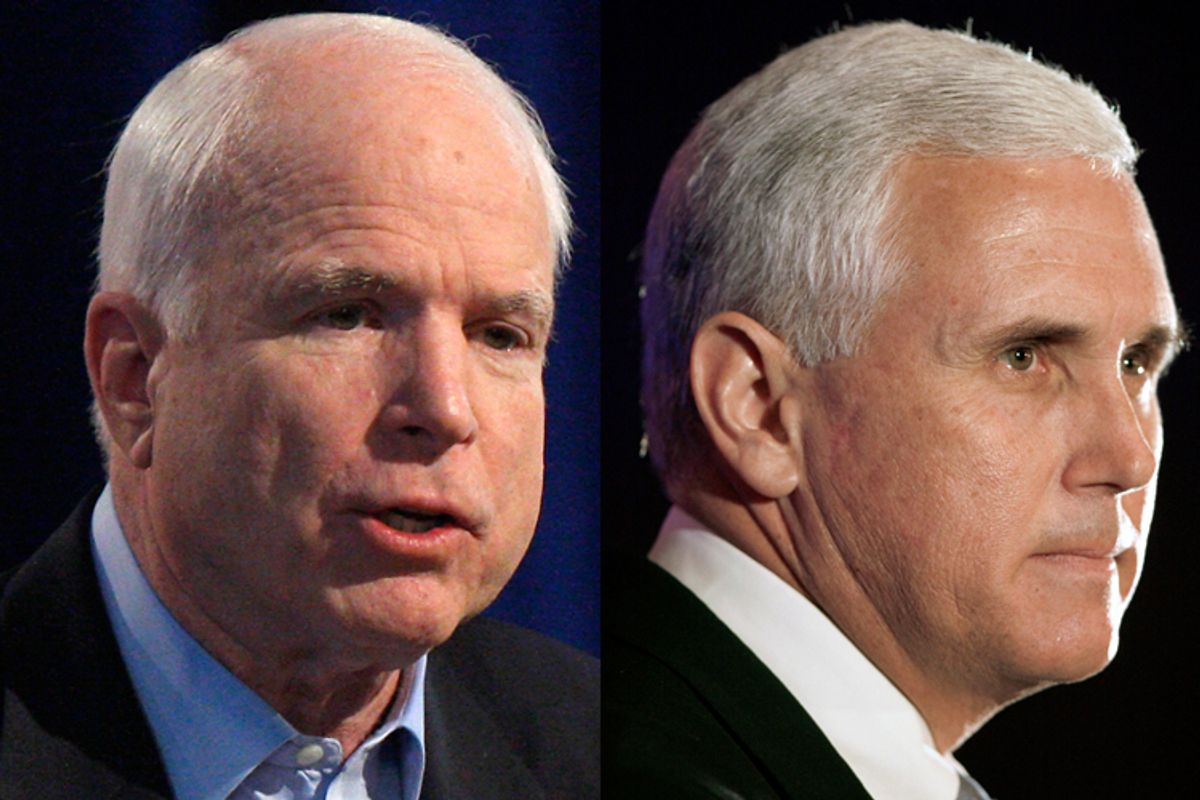 Today's update in mutual incomprehension between left and right comes from the politics of gay rights. The repeal of "don't ask, don't tell" is looking like it will soon be on the president’s desk. This is a change, nearly overnight, from the item's status as a long-sought goal of liberals and the gay community, often promised by Democratic politicians with little apparent interest in delivering. In other words, for portions of President Obama’s base, it's a long-simmering cause of dissastisfaction; repeal is welcome and satisfying, but overdue.

But conservatives look at the suddenness of the repeal and see a cynical White House cashing in on a potential political windfall. And, granted, the speed with which this has lurched forward would seem to indicate that it wasn't actually as politically difficult as Washington Democrats have been saying. But while rolling back the measure does have broad popular support, it's hardly the stuff of a political game-changer -- or really of much political significance at all, outside the activist core that supports it and the activist core that opposes it.

In other words -- shockingly! -- conservatives are talking a bunch of bullshit.

Here, for example, is Tommy Sears, writing at the National Review Online: "Some members of Congress appear ready to capitulate to President Barack Obama’s announced 'compromise' on gays in the military, made desperate by the ticking of the electoral clock."

It's the same talking point repeated endlessly in Congress yesterday by Republicans. Rep. Mike Pence, R-Ind., explained, "I believe the American people don't want to see the American military used to advance a liberal political agenda." Then there’s Rep. Todd Akin, R-Mo., classily saying, "And why are we wanting to do this? Well, to tickle the fancies of a very vocal, but very small minority for political purposes. I will not betray my children, or our armed services people, just for mere politics!" Tickle the fancies. Get it? Even Sen. John McCain, R-Ariz., echoes this argument. "I'm going to do everything I can to support the men and women of the military and to fight what is clearly a political agenda."

Of course, they can't really have it both ways here. By representing Democrats as cynical panderers following the cold political logic of repeal, Republicans should then be obligated to concede the broad popularity of the move. Or, by calling Democrats the servants of a minority seeking to impose its unpopular agenda, they should have to admit that Democrats are at least pursuing a broadly unpopular goal out of their commitment to the principles of the liberal base.

Both of these things, however, cannot be argued at the same time. (And don't go trying to say that gay voters and liberal can actually affect the outcomes of Democratic primaries. That's maybe true in five or ten districts nationwide, at most.) So what the hell is Akin talking about when he says that Democrats are "tickling the fancies of a very small minority for political purposes?" I fail to see how there’s a political margin to be had in enacting the agenda of a "very small minority" -- by tickling, or otherwise.

I'd be remiss if I didn’t quote War Room favorite Jonah Goldberg of the National Review. On this theme, Goldberg complains about how the media automatically characterized Bush-era gay-baiting as the GOP pandering to its base, while Obama’s move on "Don't Ask, Don't Tell" gets lauded as noble principle.

Obama is pandering to his base on gays ("don't ask, don't tell") and immigration and yet the mainstream coverage makes it seem as if he's simply offering leadership. This is one of the subtle ways in which liberal bias really does play into coverage. When the elite press agrees with the president's actions they see "leadership" when they disagree with the president they assume it must be either "ideological" extremism or rightwing pandering.

It's painfully obvious what Goldberg is missing here. When Bush pandered to his base on gay marriage in 2004, he was exploiting an issue where a large majority was hostile to the rights claims of a minority. That, friends, is demagoguery, albeit of a fairly tame variety. What Obama is doing now, in contrast, is pushing for the rights claims of a minority that the majority has, at least in the past, been hostile to. And Goldberg is squealing that he's pandering just like Bush did.

While I wouldn't call it leadership, exactly -- Obama has dragged his feet, and it isn't actually that tough a call -- it is a rare, heartening moment of government righting a wrong for reasons mainly separate from political calculation. The way to tell? There’s no clear political calculus that would add up to this result.