Nikki Haley will now address the rumors after the election 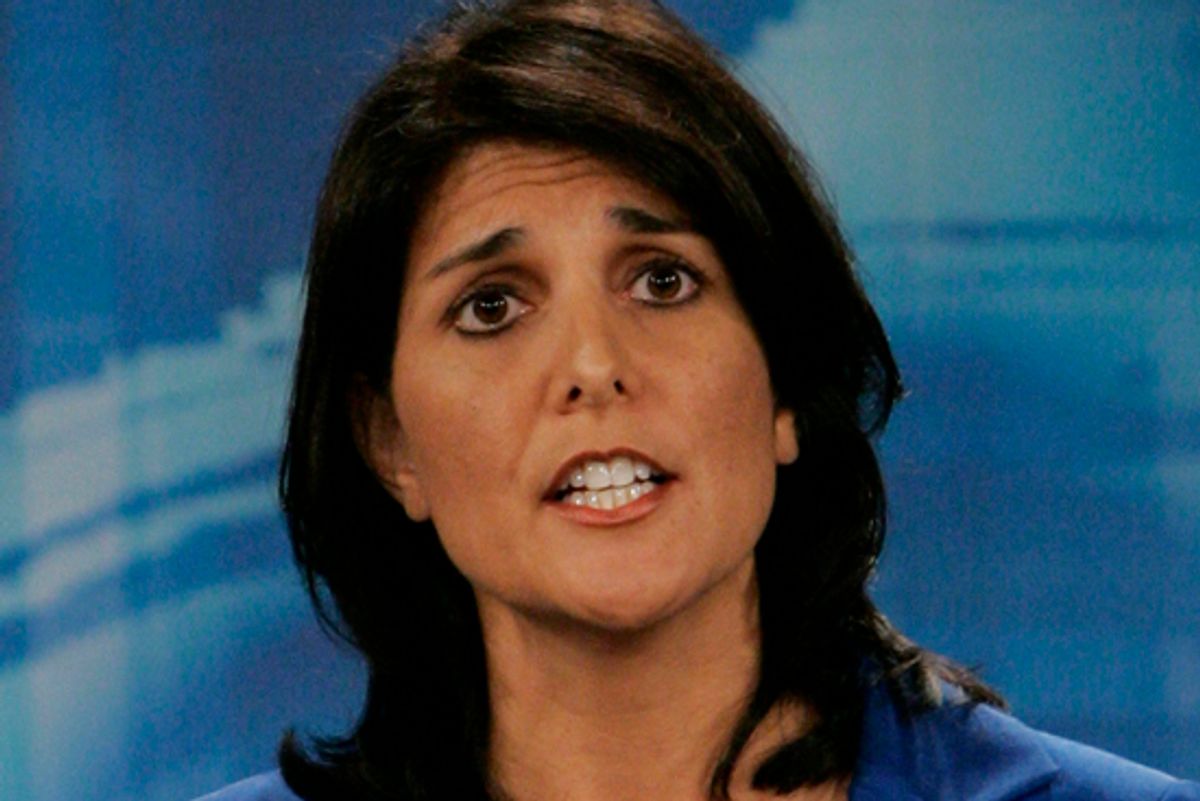 FILE - In a Monday May 3, 2010 photo, South Carolina Republican candidate for Governor Rep. Nikki Haley,R-Lexington, makes remarks during a televised debate in Columbia, S.C. A political blogger, Will Folks, claimed Monday, May 24, 2010 that he had an affair several years ago with Haley, a married Republican vying to become the state's first female governor. Haley, vehemently denied the allegation, made in a post that contained no proof of a relationship.(AP Photo/Mary Ann Chastain, File) (Mary Ann Chastain)
--

South Carolina gubernatorial candidate Nikki Haley may have had a romantic relationship with blogger and former staffer Will Folks. Folks says they did, and he's slowly, painfully releasing material to support that claim, every day. Haley says it never happened, and her defense is ... to say, "I will deal with this situation once this election is over."

That's a compelling response to an ongoing scandal. Joe Sestak should've tried it!

(Yesterday, Haley said she'd answer questions at next week's debate. Presumably by next week she'll agree to come clean on the whole thing after she finishes her first term as governor.)

Folks is, of course, a creep. He's clearly milking this for the attention. He's so ridiculous, even Erick Erickson can wring a few genuine yuks out of him. Haley retains a double-digit lead in polls. So, while her response to this is pretty dumb, it's really not hurting her any.