For Republicans, impeachment isn't a joke

When Darrell Issa compares the Sestak affair with Watergate, he is expressing a persistent Republican strain 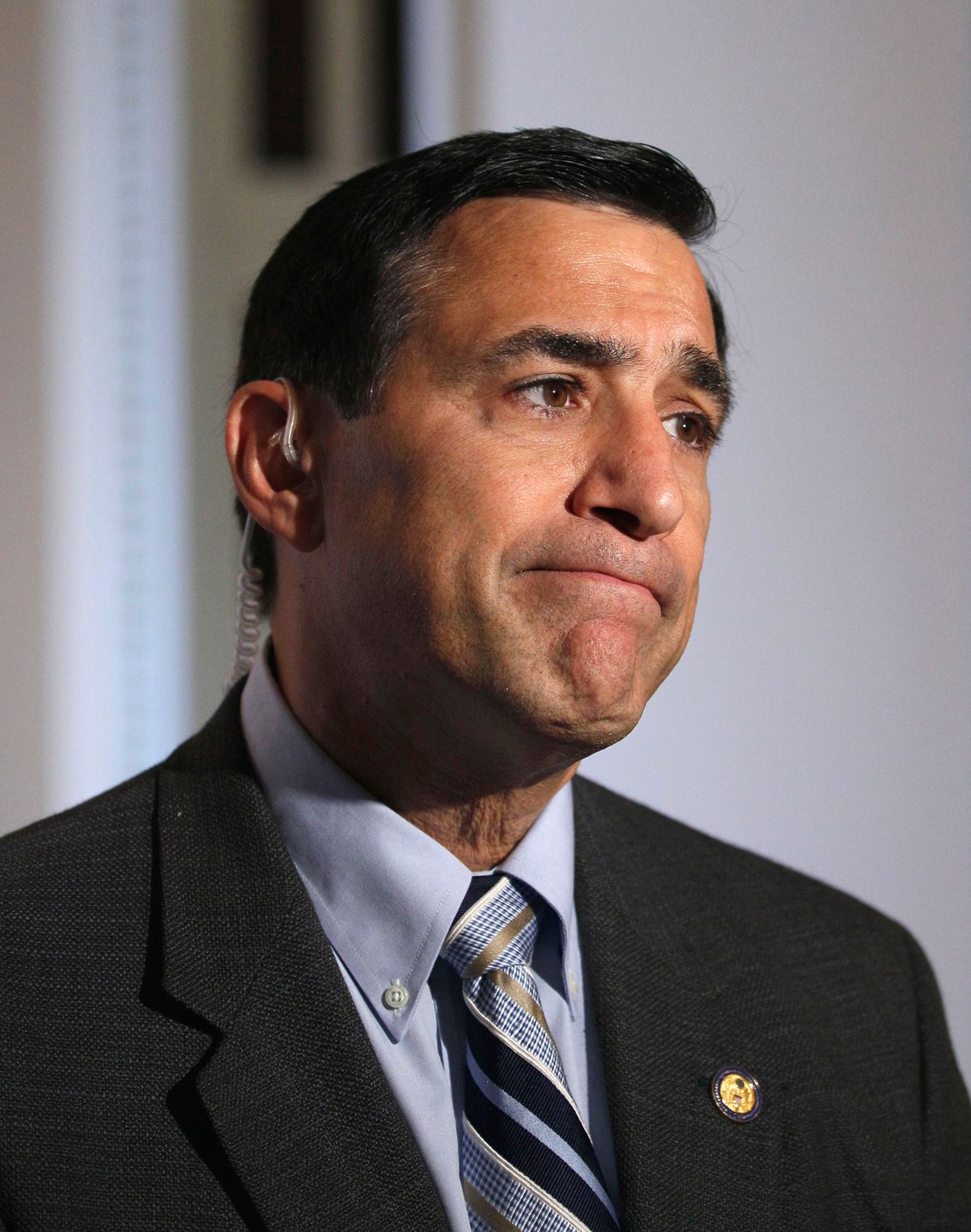 Rep. Darrell Issa, R-Calif. talks about Rep. Joe Sestak, D-Pa. during an interview on Capitol Hill in Washington Friday, May 28, 2010.
--

As the point man for Republican attacks on the Obama presidency, Rep. Darrell Issa, R-Calif., is a laughable character. His billing of the deflated Sestak affair as "Obama's Watergate," replete with insinuations of "witness tampering," sounds like partisan hysteria. So do the whispers and cries of "impeachment" from the wingnut gallery to whom Issa is playing.

But at a moment like this, it is worth remembering that Republican scheming to impeach Bill Clinton began long before Monica Lewinsky appeared on the public stage -- and those grandiose notions seemed easy enough to laugh off at the time, too.

Theories about impeachable offenses committed by Clinton began to appear in right-wing forums as early as 1994, when such "scandals" as Whitewater, the FBI files screw-up and the White House Travel Office imbroglio were still new. To most observers those theories still sounded like a joke over the ensuing years, right up through the fall of 1997, when Bob Tyrrell, then the editor of the American Spectator, convened a dinner of conservatives at a Capitol Hill restaurant to plot the impeachment of Clinton.

The point is that no matter how heavy-handed and disreputable Issa may seem, he represents an attitude that has never changed in his party, which was not chastened by its electoral losses after the Clinton impeachment. Listening to right-wing propaganda against Obama over the past year or so, such as the "birther" meme, it is clear that there is a certain kind of Republican that still thinks any Democratic president lacks legitimacy by definition, and that those Republicans will entertain any scheme to eject a Democrat from the Oval Office.

Assuming that today's White House explanation of the Sestak episode is accurate, such attempted horse-trading scarcely amounts to a constitutional offense contemplated by the founders as impeachable. But then neither did the Lewinsky affair -- and that didn't stop the Republicans on the House Judiciary Committee from abusing their power when they had the numbers to do so.

Obama should take the Sestak maneuver as an early warning against placing too much trust in his chief of staff, Rahm Emanuel, whose arrogance will surely cross a line someday if it has not already. Clinton's impeachment was the culmination of years of propaganda, planning and political preparation, all awaiting an opportune moment that inevitably arrived.

Both in their campaign and in the White House, leading members of the Obama team have emphasized their cool disdain for all things Clinton. This bad week should put an end to those pretensions. The president and his aides ought to try learning from the Clinton experience instead, because for them, as Democrats in the White House, very little has changed.