Did the blogger-candidate mislead Californians about how much he was paid by the lamestream media? No, he didn't! 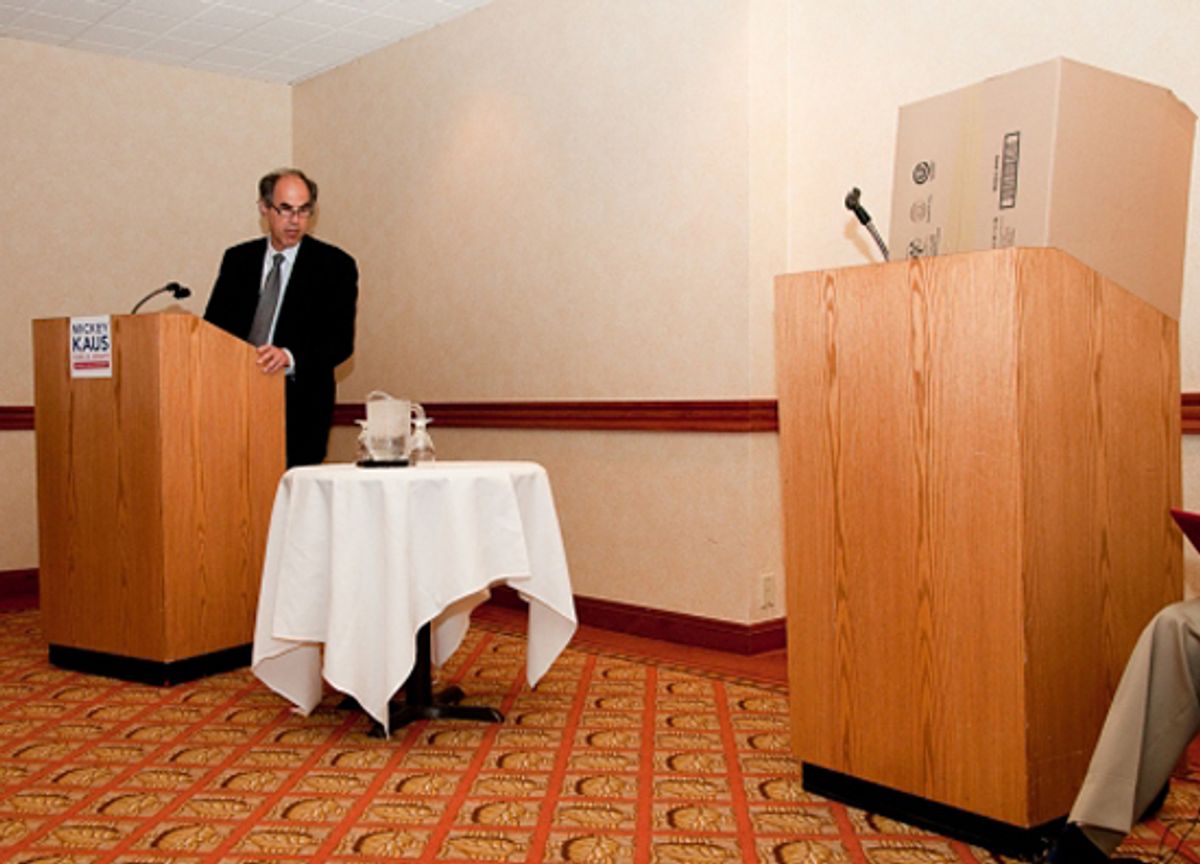 Blogger-who-always-thinks-the-opposite-of-whatever-he-thinks-you-expect-him-to-think and pretend Democrat Mickey Kaus is mounting a primary challenge to Senator Barbara Boxer. No one is entirely sure why. But Salon War Room has obtained his financial disclosure form, and it reveals a man with no concern for telling people the truth about how much he was paid to blog.

Kaus is not blogging professionally while he campaigns. According to a December 2008 Kausfiles post, Kaus accepted a 10% paycut from Slate at the very end of 2008.

According to his just-filed financial disclosure form, Kaus' salary from Slate during the reporting period (the preceding calendar year) was $91,021. Which is, obviously, more than "in the 80s." It also means that before his "10% pay cut" (if we can believe anything Kaus says) he was making more than six figures. Which isn't in the "mid-'90s."

This blatant deception should sink the Kaus campaign's hopes for a momentum swing following the candidate's successful debate with a cardboard box.

(Kaus also has between $15,000 and $50,000 in credit card debt. So he should probably wrap this up pretty soon and get back to being a staggeringly overpaid contrarian blogger.)

The rest of his financial disclosure is available, via John Cook, here.

Update: The reporting period, as Kaus notes in his response to this post, was not just for the calendary year 2009. It was also for the beginning of 2010, which would seem to explain why the salary he lists is higher than the one he claimed in the NYT interview. This is also why the original headline on this post -- "The odd lies of Mickey Kaus" -- has been changed. Sorry, Mickey!