The relentless whimsy of "Micmacs" 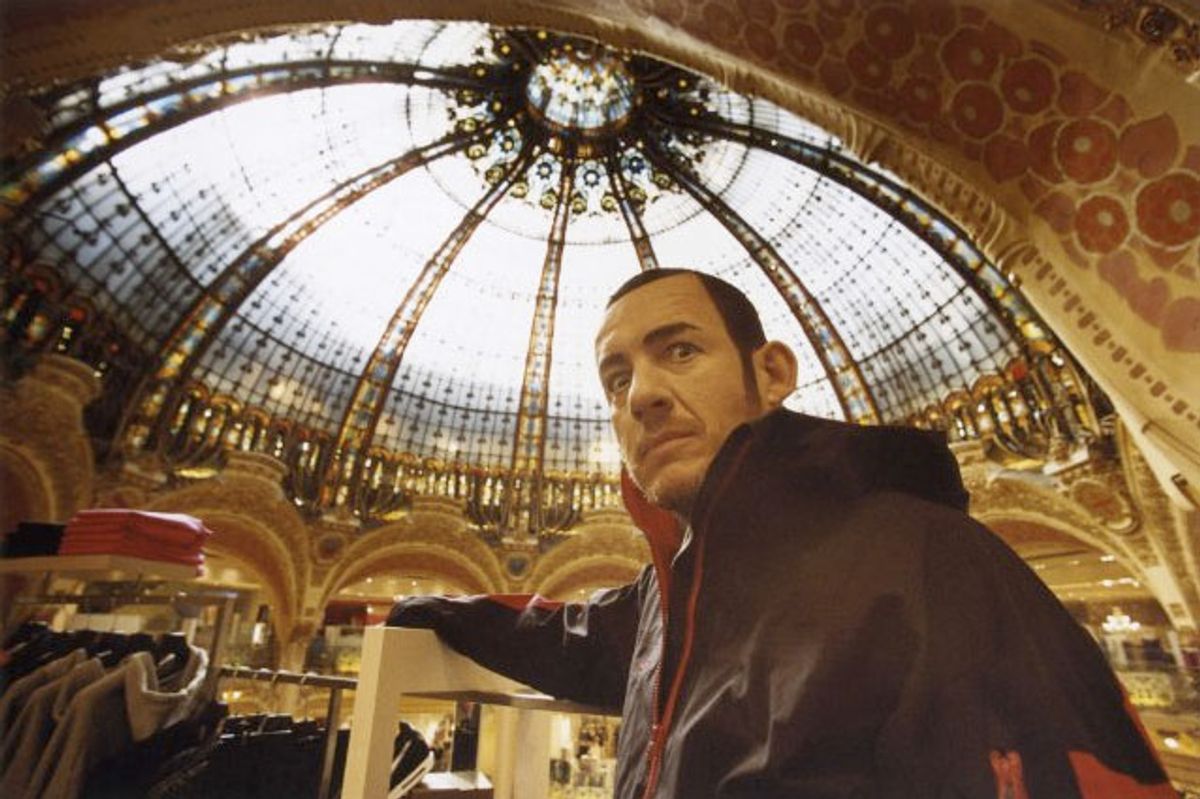 There's a moment at the end of Jean-Pierre Jeunet's "Micmacs" that perfectly encapsulates his movies, both for those who love them and who hate them. In a workshop hung with shards of scrap metal, a Gepetto-like tinkerer called Little Pete assembles a special treat: a girl's dress stretched over a wire frame that spins and twirls in giddy circles. Little Pete sits and grins as its skirt flares outward and its arms wave to and fro. It's a transfixing vision of clockwork loveliness, and it's also an empty simulacrum of real life, a magnificent gadget that replicates human actions without any of the warmth of flesh and blood.

"Micmacs," Jeunet's latest trifle, is his first film since 2004's "A Very Long Engagement," a relatively sober and melodramatic adaptation of a best-selling French novel that hearkens back to the winsome, Rube Goldberg style of his 2001 hit "Amélie," with one significant difference. Rather than following the adventures of a twinkle-eyed waif, "Micmacs" is a story of revenge, albeit one utterly bereft of malice.

Bazil (Dany Boon) is a childlike video store clerk who's lip-syncing scenes from "The Big Sleep" and squeezing soft cheese into his mouth -- both favorite activities, from what we can tell -- when a bullet comes through the window and hits him square in the forehead. Even though Jeunet cuts to a shot of the bullet sizzling in his frontal lobe, Bazil survives, but the projectile stays lodged inside his head, where it could kill him at any moment.

That sort of Damoclean sword might make anyone morose, but it doesn't seem to faze Bazil, although it does prevent him from holding a steady job. He takes up life on the street, doing pantomime for Parisian cafe-goers, until he's taken in by a pack of vagabonds who live in a secret lair hidden inside a rubbish heap. There's Little Pete, plump Mama Chow (Yolande Moreau), supple contortionist Elastic Girl (Julie Ferrier), a perpetual jailbird named Slammer (Jean-Pierre Marielle), numerical savant Calculette (Marie-Julie Baup), hot-tempered Buster (Jeunet regular Dominique Pinon) and a writer named Remington (Omar Sy), who speaks entirely in mashed-up clichés. It's as if Jeunet held an open call for ingratiating character traits.

One day, while out on one of their periodic salvage runs, Bazil spies a familiar corporate crest atop an ominous-looking office block, the crossed lightning bolts etched into the shell casing from the bullet that punctured his skull. What's more, just across the street is another logo that has been seared into his brain (this time only figuratively), from a shard of the land mine that killed his father in the Saharan desert. Bazil's discovery sets him on a path to bring down the twin arms dealers, and particularly their equivalently cocky CEOs (André Dussolier and Nicolas Marié), who proudly boast of their products' killing power and aren't picky about whom they sell to.

It's not easy to stage an antic comedy that has at its heart the images of children maimed by leftover land mines, but Jeunet doesn't struggle with the disparity so much as ignore it. Even when Bazil's mother gets the news of her husband's death, the scene is staged as caricature, the bereaved widow's staccato moans making her sound like a broken teakettle. "Micmacs" is ceaselessly, even relentlessly, whimsical; its French title, "Micmacs à tire-larigot" translates as something like "non-stop shenanigans," which about covers it. It's possible to be delighted by the movie and worn down by it at the same time.

Dany Boon, best known here for the minor art-house hit "Joyeux Nöel," is one of Europe's most popular performers, and he approaches Bazil as a character out of silent cinema, a Chaplinesque spirit whose irrepressible good nature is tested by his encounters with men of bad faith. The trouble is that rather than attempting to win the audience's heart, Boon behaves as if he already has it, perpetually clowning but rarely giving Bazil a chance to be more than a wind-up toy. The aggressive immodesty of his performance doesn't fit Bazil's humble profile.

The complaint against Jeunet is the same that has dogged other animators-turned-live-action filmmakers, from Frank Tashlin to Terry Gilliam, and it's true that he often seems more interested in set design than human interaction. There's more detail in the scavengers' lair, with its heaps of rusted metal and worn bicycle frames, than in any of his characters. There are sections of "Micmacs" that express the joy of a certain kind of moviemaking so vividly you can't help bursting into a grin. But the movie leaves you with a hollow feeling, like the crash that comes after a sugar binge.

Sam Adams is a regular contributor to the Los Angeles Times, the Philadelphia Inquirer and the Onion A.V. Club, and a contributing editor at Philadelphia City Paper, where he edited the film section from 1999 to 2007. He blogs at Breaking the Line and tweets as @SamuelAAdams.