For Big Oil, the N-word is "nationalize"

The petroleum companies are ruthless and regulation has failed. Perhaps it is time for radical measures 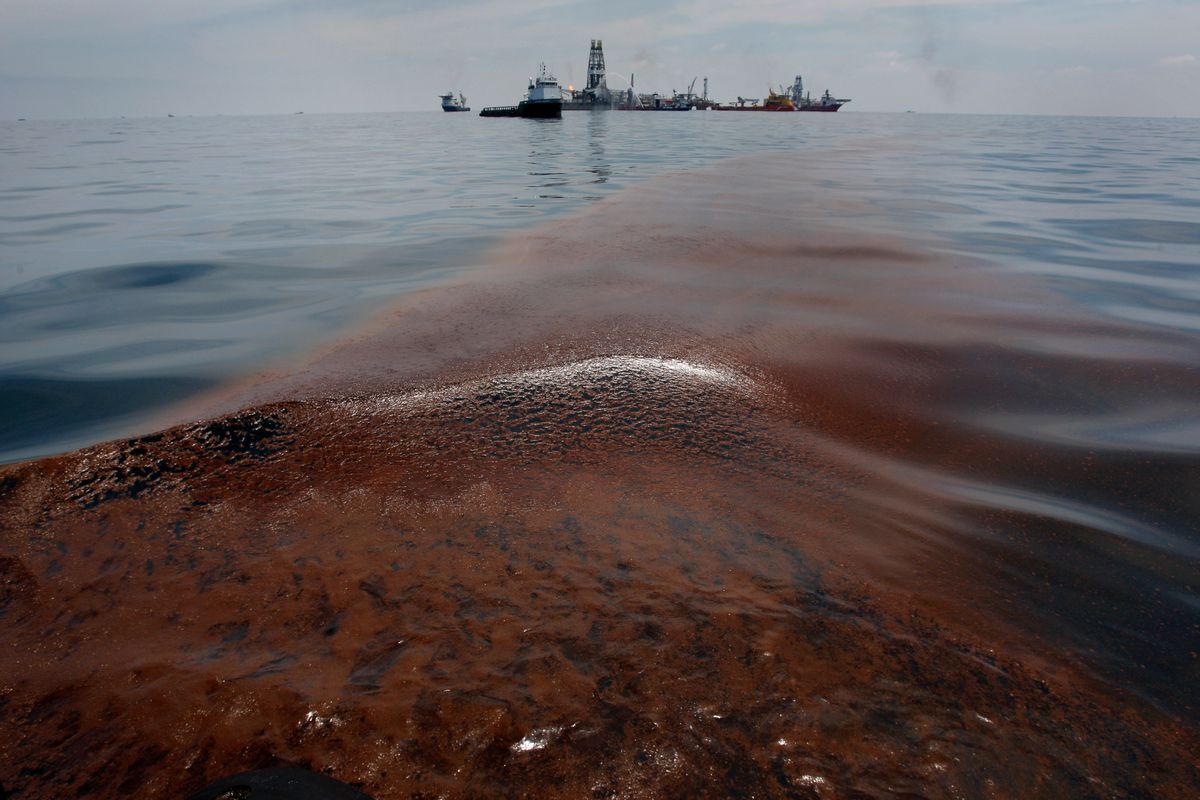 Dispersed oil floats on the surface of the Gulf of Mexico waters close to the site of the BP oil spill. (Reuters/Hans Deryk)
--

Nearly every day brings fresh evidence of the malfeasance,  corruption and recklessness that led to the Deepwater Horizon disaster, provoking widespread rage at BP and by implication the rest of the oil industry. Public anger at the Obama administration festers, too, as citizens recognize the pitiful impotence of the federal government in these circumstances. But are they furious enough to consider a radical response? If voters are sick of corporate misconduct and government paralysis, after all, there is an alternative to both: nationalization -- or at least public development of petroleum resources on federal property.

"Nationalization" is a term usually uttered in Washington only by a demagogic politician or two when gasoline prices rise too high and cartel power is suspected. But as the outrageous story behind the Gulf catastrophe emerges, it is pertinent to ask how this dangerous economic sector can be constrained. Traditional American methods of regulation, overseen by a federal agency that is among the worst of all time, plainly don't work. When President Obama's critics say that he has failed to "take control" of the situation in the Gulf, they may not fully recognize the implications of their complaint, but Chris Matthews does. The frustrated "Hardball" host, who is not known as an adversary of corporate power, was probably the first mainstream journalist, but may not be the last, to ask: "Why doesn't the president go in there, nationalize an industry, and get the job done for the people?"

It was a surprisingly resonant question, especially because national ownership of energy resources is so common across the rest of the planet. Often that stewardship is exercised poorly and inefficiently, but not always, as conservatives claim. In Norway, where the development of North Sea oil resources has proceeded for decades under direct public control, national ownership has been a great success on every level. The huge profits have been invested wisely, the environmental and safety record in offshore operations has been admirable, and the illicit political power wielded by oil elsewhere has been effectively curbed. At the moment, the Norwegians are arguing over whether to expand oil development into sensitive areas off their country's northern coast, in light of the Gulf catastrophe. The Socialist Left and Green parties oppose new drilling near scenic Lofoten, while the Labor and Conservative parties mull whether more jobs and revenue are worth the risk. Whatever decision they reach will be the result of an open debate, not a series of payoffs and favors to politicians and regulators.

Seizing the petroleum companies is not necessarily the only way to achieve public control of oil. As Forbes magazine observed last February, in a satirical post soliciting names for a new federal oil company, the people of the United States own enough petroleum and natural gas on public property to create one of the largest sovereign energy companies in the world, comparable to Mexico's Pemex or Saudi Arabia's Aramco (or on a more hopeful note, Norway's Statoil). This new outfit, perhaps called the Federal Oil Company of the United States, or FOCUS, could set a yardstick for environmental responsibility, worker safety and fair pricing, among other worthy objectives.

Yet even now we're much more likely to let BP and the rest of them continue to dominate our politics and despoil our planet, if recent polling data is accurate. Recently, Rasmussen Reports asked voters whether the U.S. should "nationalize all the oil companies," and found that only 16 percent replied affirmatively. Environmental ruin doesn't seem to make Americans as angry as rising gasoline prices; when Rasmussen asked the same question two years ago, as prices at the pump spiked, 29 percent favored nationalization outright, only 47 percent were firmly opposed, and another 24 percent were unsure. But someday, a politician will point out that a nationalized energy industry would provide lower prices as well as government revenues -- just like in Venezuela, Brazil and, yes, Norway.