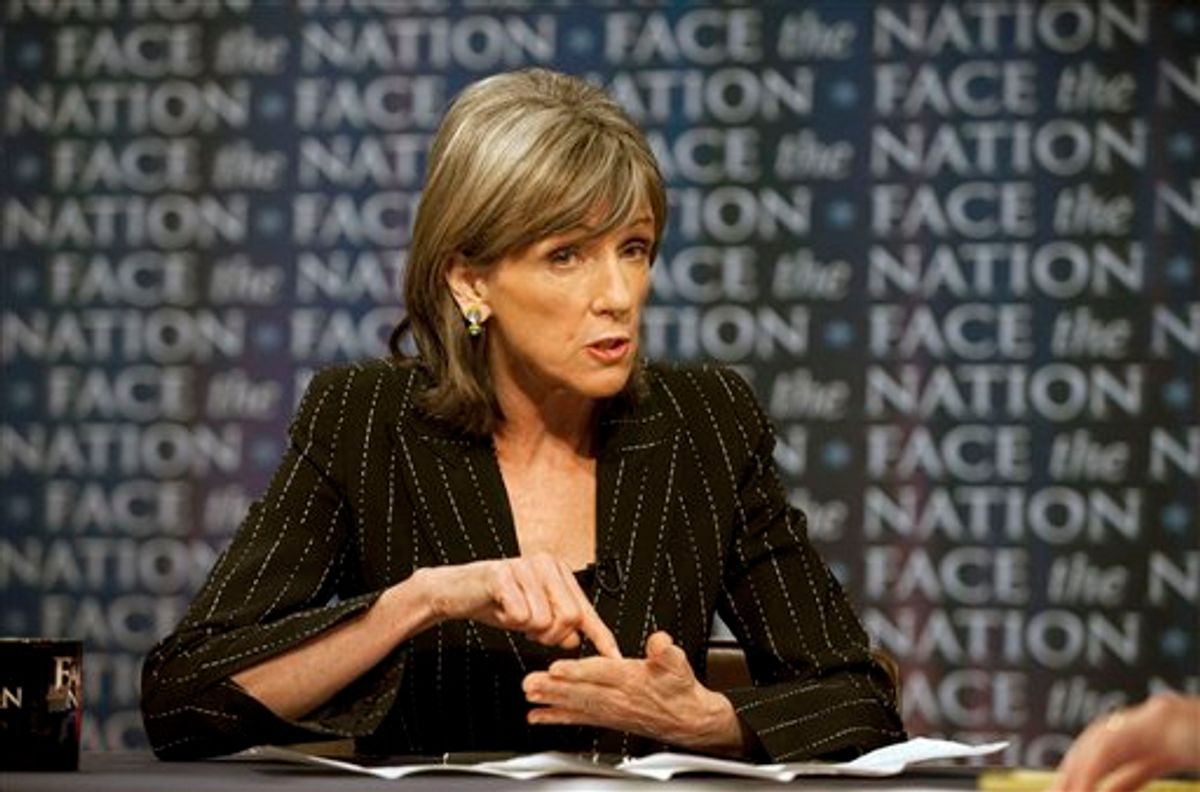 In this May 30, 2010, photo provided by CBS, Carol Browner, President Barack Obama's top energy adviser, is interviewed on CBS's Face the Nation in Washington. Browner says the Gulf oil spill is probably the biggest environmental disaster the U.S. has ever faced. She said more oil is leaking into the Gulf of Mexico than from any previous U.S. oil spill, including the Exxon Valdez spill off the coast of Alaska in 1989. (AP Photo/Face the Nation, Chris Usher) ** MANDATORY CREDIT, NO ARCHIVES, NO SALES ** (AP)
--

A top adviser to President Barack Obama says she doesn't want to guess the prospects for success when BP PLC again tries to use a containment cap to control the Gulf Coast oil spill.

Interviewed Tuesday on ABC's "Good Morning America," White House energy and global warming czar Carol Browner said, "I dont want to put odds on it. ... We want to get this thing contained."

BP could attempt another temporary fix -- an effort to saw through the pipe leaking the oil and cap it -- as soon as Wednesday.

Browner said "everyone, I think, is hoping for the best, but we continue to plan for the worst." She said she's concerned about the impact the hurricane season could have on ending the environmental crisis.