CNN sure there are two sides to this oil spill thing 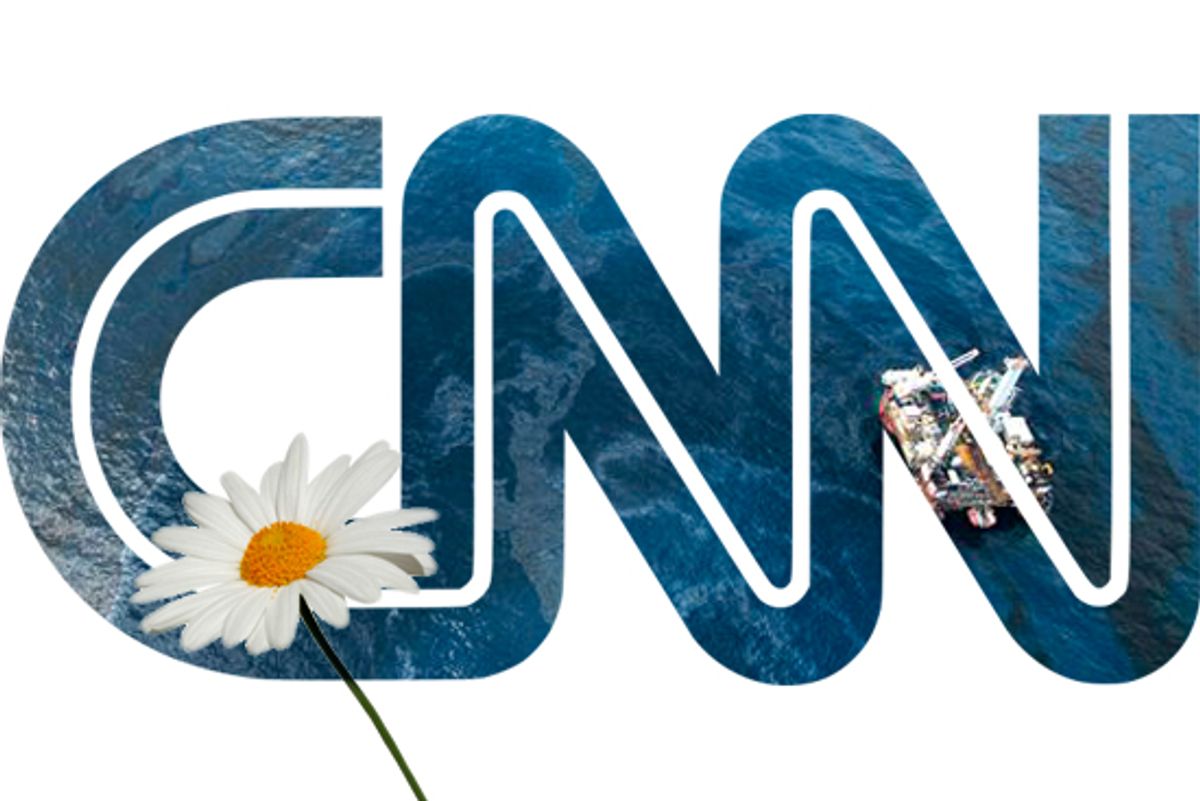 [Update: correction appended] Hamilton Nolan at Gawker posts a query from a CNN reporter who is apparently working on the single most CNN-y story imaginable on the objectively terrible environmental catastrophe still going on in the Gulf:

1) Summary: The Good Side of the Oil Spill

Looking for pitches: The Good Side of the Oil Spill - if there is any.

I cannot wait for this piece to air! CNN is so good at being "balanced" by just obsessively quoting two people saying contradictory things about any given issue and then leaving it up to you, the viewer, to decide what is actually "reality"!

Like, the top story at CNN.com, as of this writing, is a point-counterpoint between far-right fringe religious wacko Tony Perkins and Harry Knox of the milquetoast rich liberal incrementalist Human Rights Campaign on the subject of "don't ask, don't tell" -- a policy that, according to CNN's own polls, a staggering majority of Americans now supports repealing. (Headline: "Gays in military a religious threat?") You know, that's a bit like a point-counterpoint on whether we should allow black people to eat lunch at whatever restaurants they want. And what are the chances of that becoming a hot-button issue worth debating in 2010, right? (Or, hah, it's like writing, "Two sides of Confederacy debate." Also in 2010.)

Update: A CNN spokesman says this reporter is not, in fact, with CNN:

â€œGary Hewing is not a CNN employee - and never has been. He is not working on CNNâ€™s behalf and should not be identified as such. CNN has taken action in regards to a radio station that brands itself â€œCNN 650 Houston. However, we do not know if Gary Hewing is affiliated with that radio station. It is a real shame that sites like Media Matters, Gawker and Washington Monthly never bothered to check the facts before posting stories such as these.â€