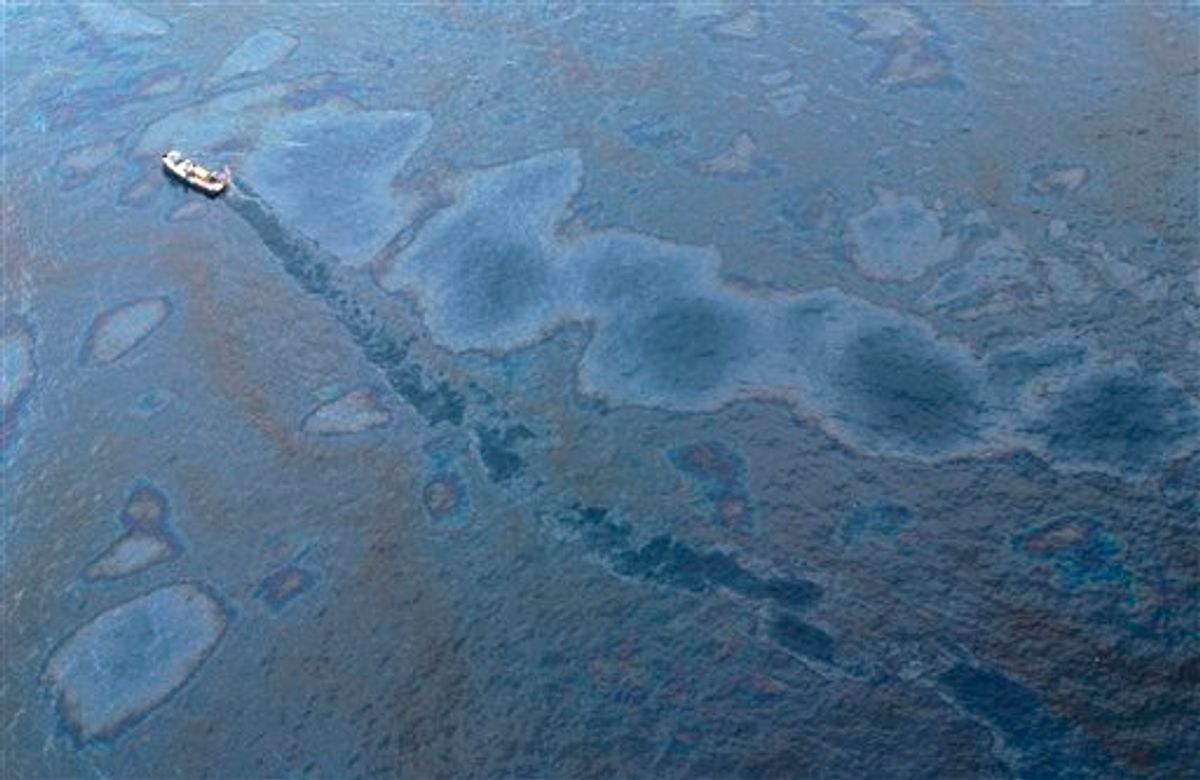 A supply vessel passes through an oil sheen near the site of the Deepwater Horizon oil spill in the Gulf of Mexico near the coast of Louisiana, Monday, May 31, 2010. (AP Photo/Jae C. Hong) (AP)
--

President Barack Obama says an independent commission investigating the Gulf oil spill will thoroughly examine the disaster and its causes to ensure that the nation never faces such a catastrophe again.

Obama spoke in the Rose Garden after the group's first meeting and pledged that necessary changes will be made.

The president says that if laws are insufficient, they'll be changed. He says that if government oversight wasn't tough enough, that will change too. And Obama said if laws were broken, those who were responsible will be prosecuted.

Obama says the leaders of the commission have his support to follow the facts wherever they lead.