O'Keefe's latest: A small-time probe of the Census

Posing as a U.S. Census trainee, the former "pimp" is back to his old tricks of selective editing. But why bother? 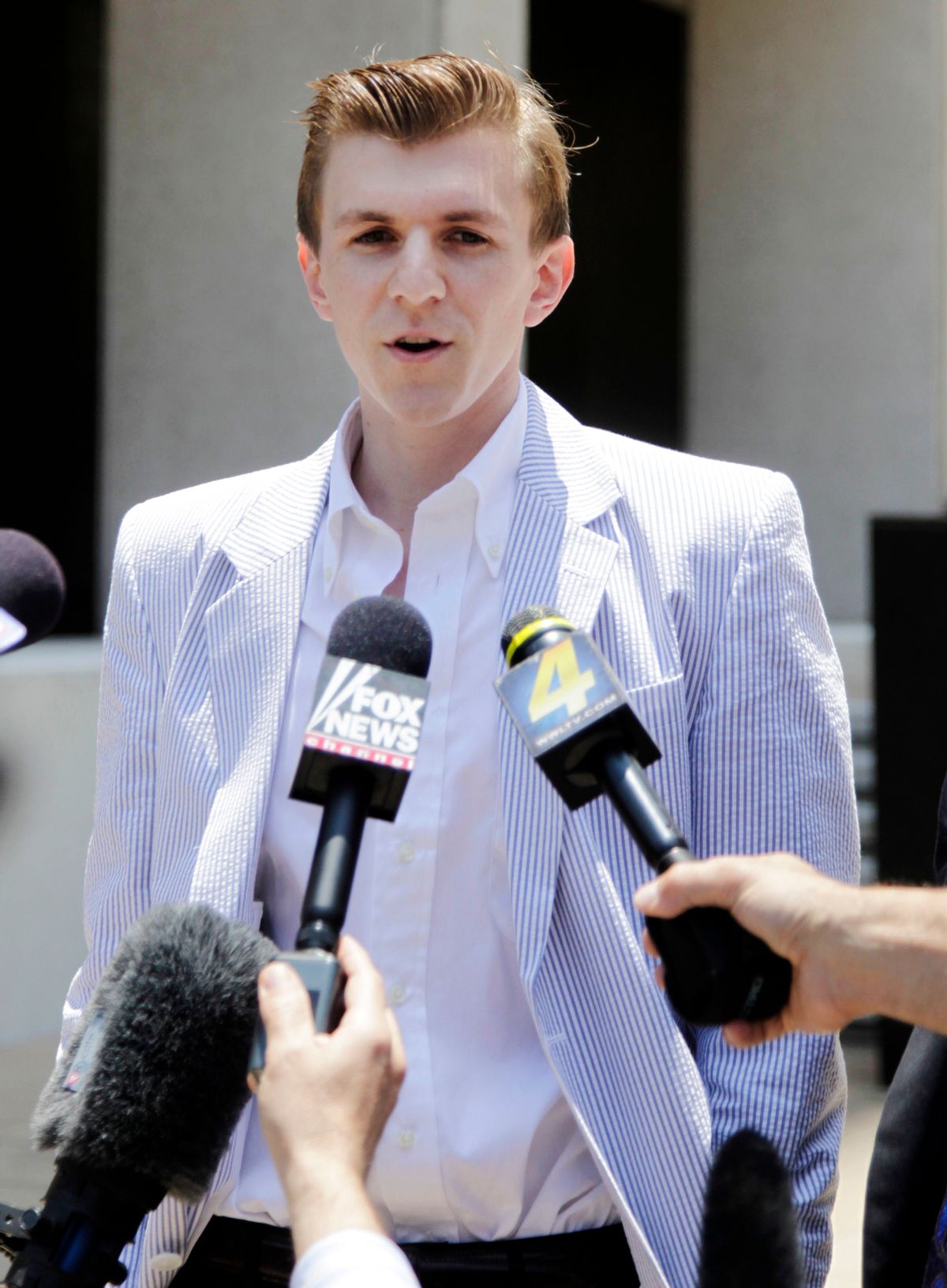 James O'Keefe makes a statement after leaving the federal courthouse in New Orleans, Wednesday, May 26, 2010. O'Keefe who was accused of trying to tamper with the phones in Sen. Mary Landrieu's New Orleans office was sentenced to three years probation, 100 hours of community service and a $1,500 fine, after pleading guilty to misdemeanor charges. (AP Photo/Bill Haber) (Bill Haber)
--

To a world in crisis, the latest antics of James O'Keefe and Andrew Breitbart are of no great import, but they may provide a few minutes of comic relief. Last seen pleading guilty to a misdemeanor for invading Sen. Mary Landrieu's office under false pretenses (with his cronies in Village People drag), O'Keefe has since moved on to even smaller targets. Still under the patronage of Breitbart's Big Government website, O'Keefe signed up as a U.S. Census employee, presumably playing to conservative paranoia about the constitutionally mandated decennial survey.

He didn't find much to expose, beyond his own pettiness. During two days as a Census trainee, O'Keefe reveals, he was paid for between three and four hours more than he actually worked. Evidently the training each day was completed by 3:30 or 4 p.m., but the crew supervisor allowed the new workers to file forms saying they had worked until 5 p.m. (He also let them take an extra 10 minutes for lunch!) Shocking, right? Especially when the Census trainees are probably unemployed, desperate people whose families might need that extra $30 or $40.

But for O'Keefe, this is serious federal "corruption" that requires naming and taping the crew supervisor and his superior, even though there is no evidence that they derived any personal enrichment or political advancement from the inaccurate time sheets. As always, his video editing style is to slice away any exculpatory material that might complicate his imaginative storyline.

Media Matters provides a heavily annotated package on this intrepid probe into nothingness, including tart observations by Eric Boehlert, plus a few amusing clips from "Good Morning America," in which host George Stephanopoulos deftly demonstrates the absurdity of the entire project, while allowing guests O'Keefe and Breitbart to articulate their arrogant pretensions. As usual, both of them utter a variety of falsehoods and exaggerations, with O'Keefe insinuating that Sen. Landrieu is "corrupt" without a shred of evidence, and Breitbart claiming that ACORN employees "set up a prostitution ring in every single office" -- a lie so fantastic that even he must know it isn't true.

Soon enough, O'Keefe will be on to his next target. Are you an Amtrak conductor who gave incorrect change? A sanitation worker who took a long coffee break? A schoolteacher who used too much chalk? Beware.