A fitting end for Artur Davis 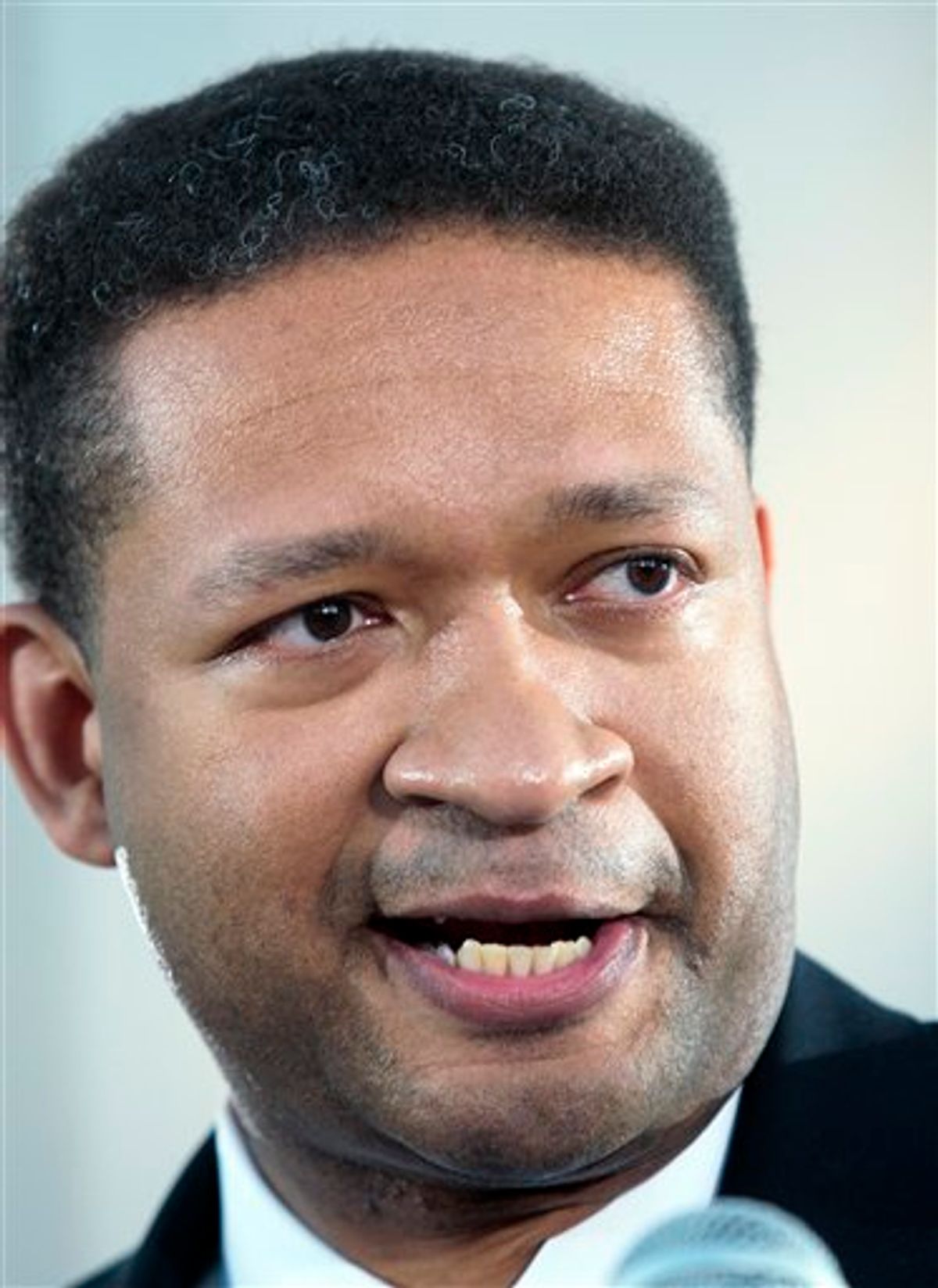 FILE - In a Friday, Feb. 6, 2009 photo, Rep. Artur Davis, D-Ala., announces his candidacy for governor during a press conference in front of the Archives and History Building in Montgomery, Ala.(AP Photo/Dave Martin, File) (AP)
--

For those who have followed his political career from the start, tonight's news is nothing short of shocking: Artur Davis has been defeated in the Alabama Democratic gubernatorial primary -- badly.

Davis, a smart and ambitious fourth-term congressman, spent much of the last decade positioning himself for this campaign. As a reporter on Capitol Hill in 2005, I vividly recall sitting and talking with one of his aides, who told me that 2010 would be the year Davis would make his statewide move. Back then, there were still more than a few influential Democrats -- mainly in elite circles in Washington and New York -- who thought Davis would someday be the country's first black president. He'd show he could win a statewide race in Dixie, then go national.

And yet, it's come to this: a potentially career-killing loss to Alabama's agriculture commissioner. How?

The short answer is that Davis was undone by the same instincts that launched his career in the first place. As an assistant U.S. attorney, Davis challenged Rep. Earl Hilliard in the 2000 primary in Alabama's majority-black 7th District. He was trounced, 58 to 34 percent. Two years later, he tried again, but this time he had back-up: a national network of donors, many of them furious with Hilliard for opposing a pro-Israel House resolution. In the final weeks of the campaign, hundreds of thousands of dollars in out-of-state donations poured into Davis' coffers, and the challenger ended up outspending the incumbent. By his own admission, Hilliard never saw it coming, and was defeated by 12 points in the run-off. The seat was Davis'.

In the House, Davis was given a frosty reception by members of the Congressional Black Caucus who had been close to Hilliard and who resented the post-Civil Rights brand of politics favored by Davis (and celebrated by his many white supporters). It didn't help that Davis worked hard to create a moderate image, distancing himself from the liberal CBC in an effort to make himself appealing to the conservative white voters he'd someday need in a statewide race. He also maintained the alliance with the pro-Israel community that had been so helpful to him in '02, providing public support to their cause when they most needed it.

All of this helped Davis enhance his national profile last decade. But it came back to haunt him in this campaign.

Davis voted against healthcare reform in the House back in March, calculating that a "yes" vote would kill him with the Alabama general election audience of 2010. This may well have been accurate, but he forgot that he also faced a Democratic primary -- and Democratic voters were none too happy to see him siding with the GOP and against Barack Obama (even if the White House was privately understanding of Davis' vote). His years of tacking to the middle made it impossible for him to get the benefit of the doubt. Leading civil rights groups ended up backing Sparks, who is white, over Davis. When the returns came in on Tuesday night, it wasn't even close.

In a way, it's a fitting end. Davis built himself up at the expense of his party. Then his party got even.