The best burger I ever had

I was in a foreign country, mourning a woman I didn't know -- then I had a meal I'll never forget 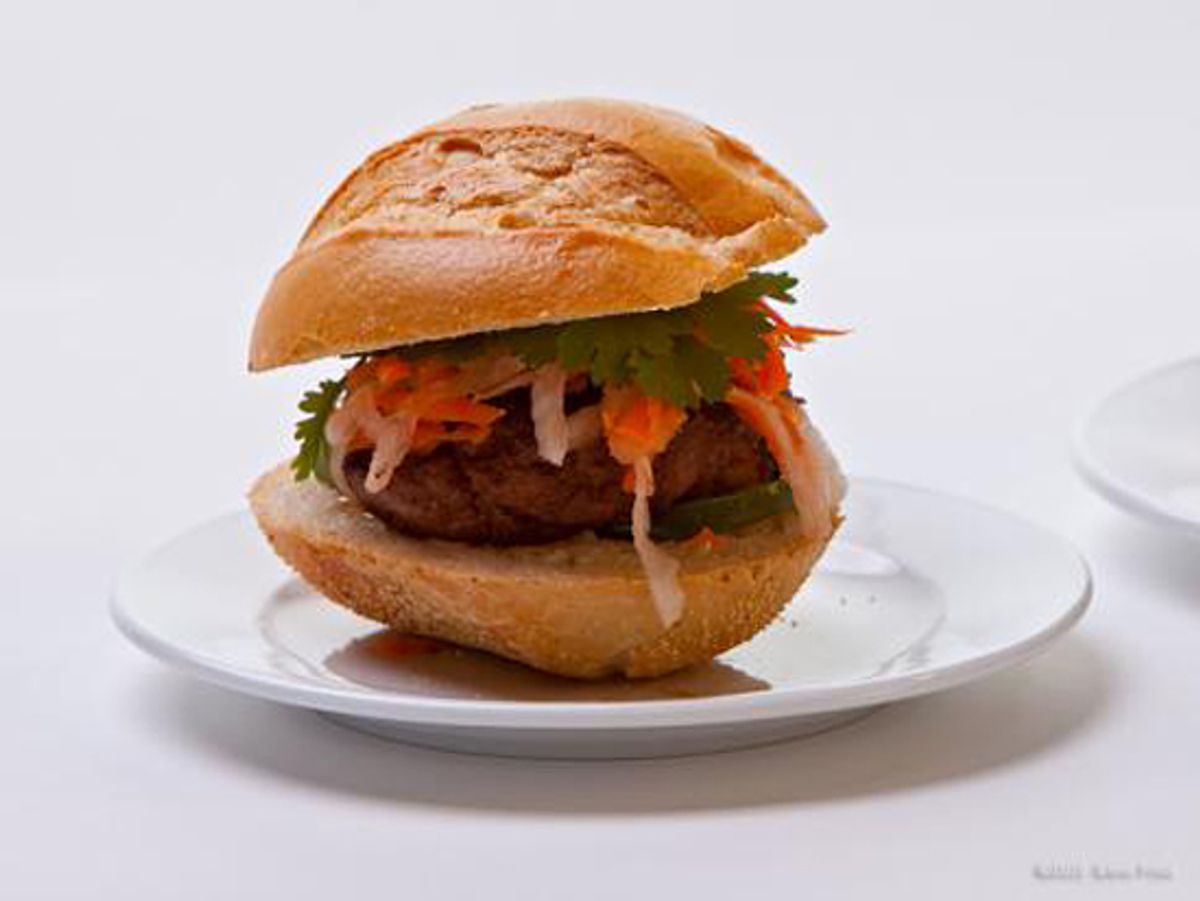 The smell of burning money was making me hungry.

We'd been at it for three days. Each day was the same: get up, put on those ridiculous white sweat suits, then catch a cab to the funeral home. Then spend the next 12 hours folding strips of gold-flecked paper into symbolic gold ingots so our grandmother would be able to spend her otherworldly life in the manner to which she had been accustomed.

We never knew Grandma very well; distance and a language gap kept us apart. And in the traditionally misogynistic Chinese fashion, Grandma never put much importance on her daughter's daughters. But in the end, her last wish was for a big, traditional Chinese funeral with all her embarrassing and now-grown-up American granddaughters present, and whatever she wanted, she got. So there we were, in Hong Kong, trying to navigate the utterly alien terrain of Chinese mourning rituals.

And we weren't the only ones baffled by the proceedings. The ceremony Grandma wished for and got was traditionally Chinese in the same way that being mummified and buried in a pyramid is traditionally Egyptian: Everyone had a vague idea of how it had been done in times past, but no one had any idea how to pull it off in real life. Somehow, Mom's family managed to cobble together a three-day marathon of leave taking involving copious amounts of incense, loud gongs, stale candy, and a 20-something male soothsayer with a perm who I'm pretty sure was making stuff up as he went along.

And my role in this operation was to make money. Lots of money.

My sisters and I folded reams of paper into packing boxes full of symbolic ingots, which we handed off to Dad, who fed them into an incinerator in the back of the hall.

We never got to eat during our days of folding and burning. For whatever reason, the idea of stopping for lunch just never came up. But the smell of burning paper reminded me of wood smoke and backyard grills -- and the nagging emptiness in my gut I'd been trying to ignore.

By the time we got back to our hotel the final night, it was almost 10 o'clock. We sat dazed in the hotel's elegant dining room, still dressed in white sweat suits and reeking of smoke and incense. The restaurant staff knew the only reason anyone would be wearing white and smelling like that in Hong Kong was because they'd come from a funeral, and they treated us with great sensitivity. But I felt as if I'd spent the past three days participating in a fumbling historical reenactment, rather than a ceremony of mourning. I felt numb and exhausted, and sad that I didn't feel sad.

I desperately needed nourishment. But I couldn't bring myself to think of the pleasures of food. So I ordered the dumbest, most boring thing on the menu: a hamburger.

What arrived was both utterly unremarkable, and the best thing I ever tasted.

It was a standard high-end hotel hamburger: Two halves of a better-than-average industrial bun splayed across a large white plate. A generous round of beef topped one of the halves; a ruffle of romaine, a pallid slice of winter tomato and a few rounds of white onion topped the other. There were probably French fries involved as well.

But it came to the table in a swirl of savory steam that I can still smell now, and I could see and hear it sizzling as the server set it in front of me

I took a sip of cold Tsingtao and dug in. A rivulet of hot red juice flowed from it at the touch of my knife. I speared a forkful of buttery pink meat, faintly salty and smoky, as if seared quickly on a very hot wok. And I realized this dumb, wonderful burger was exactly what I needed.

I ate slowly, filling myself with the taste of flesh and flames and blood. That taste was everything the white sweat suits and burning paper and incense were supposed to evoke for me, but didn't: the fine and violent boundary between life and death, and the strange and fraught connection between those on the edges of that boundary. Suddenly, being here didn't feel so strange and pointless. I knew it wouldn't be long before we'd be home, and life would go on.

And I also knew that no burger could taste quite like that ever again.

My Hong Kong burger can never be replicated. But here is the next-best thing, an homage to my grandmother and to my favorite grilled-beef banh mi (Vietnamese-style baguette sandwich) from Banh Mi Che Cali in Fountain Valley, Calif. That sandwich was a thrilling combination of hot lemongrass-scented meatballs on a crisp and fluffy fresh baguette, topped with crunchy-sweet Vietnamese-style pickled vegetables, slices of fresh jalapeño pepper, and sprigs of fresh cilantro.

Grandma had roots in French Indochina and was rumored to be part Vietnamese. And I always believed that addictive grilled-beef banh mi was everything most burgers aspire and fail to be: a perfect melding of hot and cold, crunchy and soft, sweet and savory. I hope Grandma would approve.

For the pickled vegetables