So much for Barney Frank's courage on Israel

Discussing the flotilla raid, the Democratic congressman offers up a suspect comparison 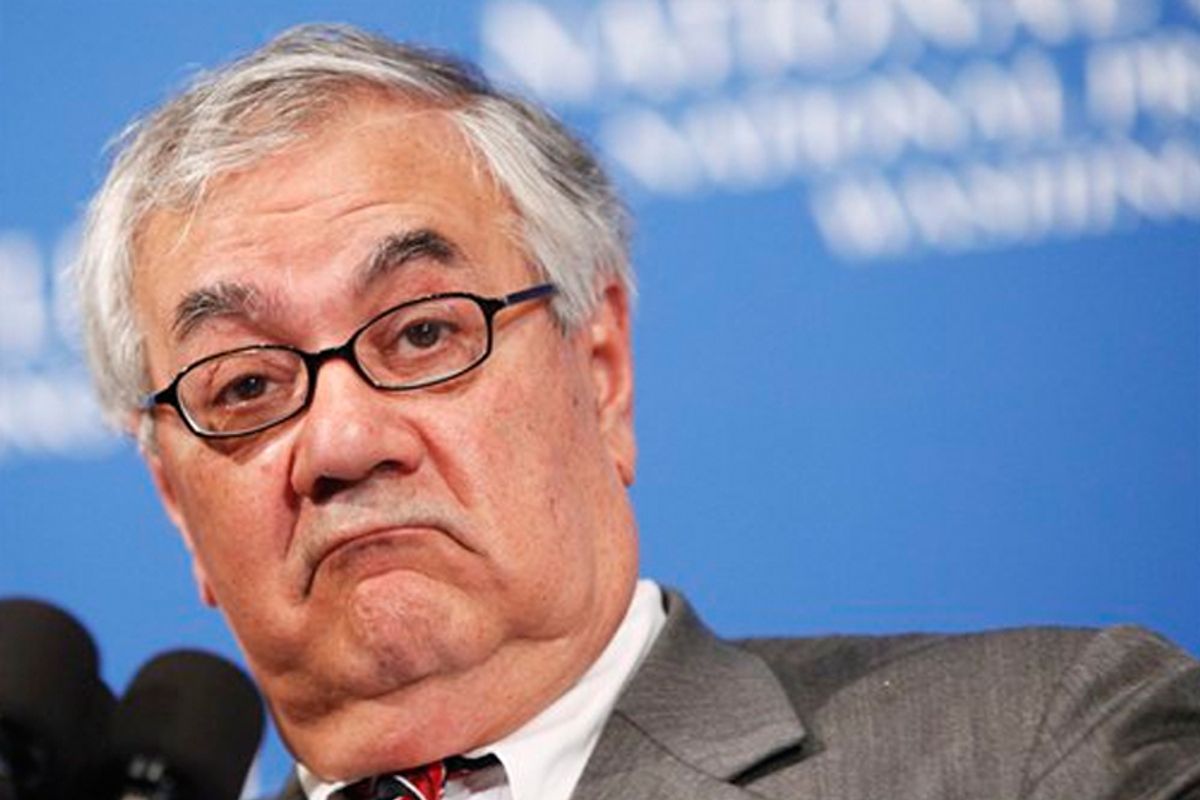 Barney Frank was praised this morning for calling for an international investigation into Israel's flotilla raid.

But just a few minutes ago on MSNBC's Hardball,  he took a much harder line. Speaking with host Chris Matthews, Frank bemoaned the international community's condemnation of Israel's actions, suggesting it's blown out of proportion compared to other recent global events.

"We had an unprovoked attack by North Korea on a South Korean submarine," he said. "46 people killed -- and a great deal of silence and equivocation."

But that's not really true. Secretary of State Hillary Clinton's response to the Korean submarine attack was, in fact, nothing short of an unequivocal condemnation.

"We cannot allow this attack on South Korea to go unanswered by the international community," she said. "This will not be and cannot be business as usual. There must be an international, not just a regional, but an international response."

Perhaps Frank, in mentioning "equivocation," was actually thinking of Clinton's statement in response to the flotilla raid on Monday.