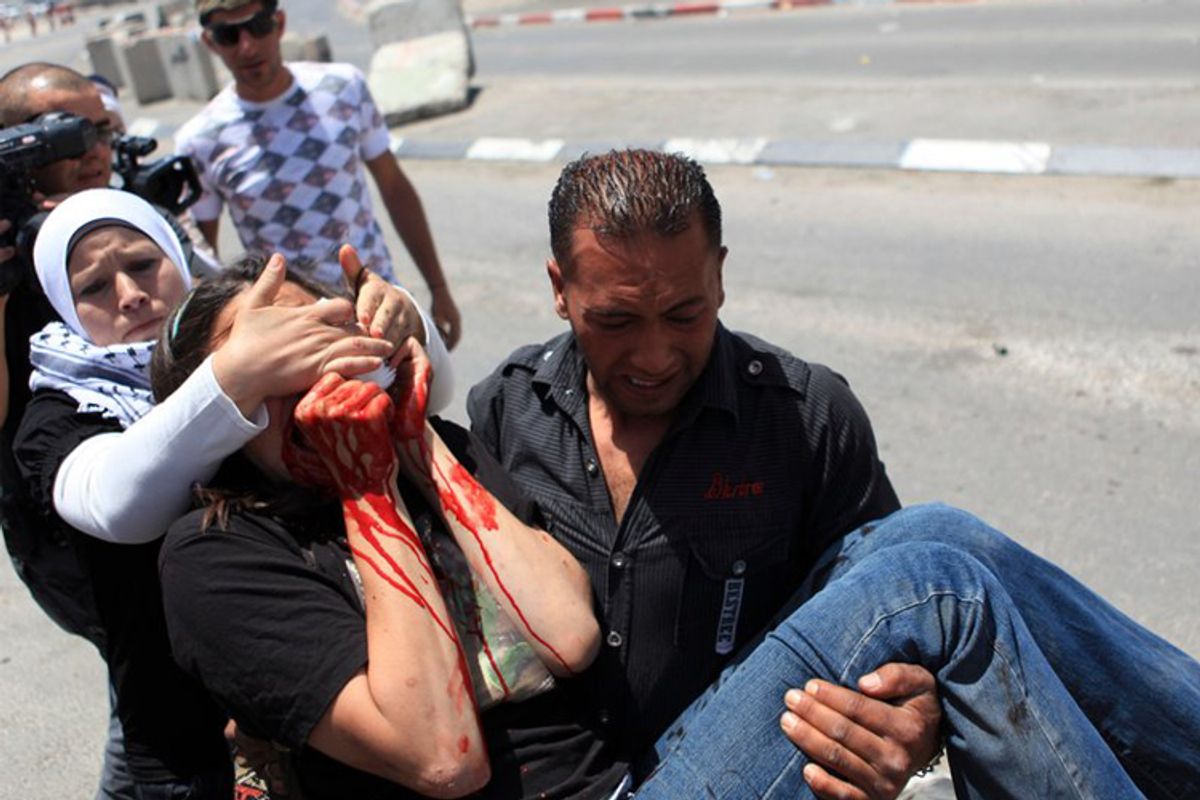 A student at New York’s Cooper Union School of Art is recovering in an Israeli hospital after being shot in the face with a tear gas canister on Monday during a demonstration at a check point between Israel and the West Bank. Emily Henochowicz, 21, lost her left eye and surgeons at Hadassah Hospital inserted three metal plates into her face Tuesday. She is now recovering with her father by her bedside.

Henochowicz, a junior at Cooper Union who is currently studying at Bezalel Academy of Arts and Design in Jerusalem, was protesting Israel’s raid of the Gaza Freedom Flotilla. According to the International Solidarity Movement (ISM), a Palestinian-led activist group with which Henochowicz volunteers, an Israeli soldier fired the tear gas projectile directly at Henochowicz.

"They fired many canisters at us in rapid succession. One landed on either side of Emily, then the third one hit her in the face," said Soren Johanssen, a Swedish ISM volunteer who was standing with Henochowicz at the protest.

During the two months Henochowicz had been working with ISM prior to Monday's demonstration, she attended numerous pro-Palestinian non-violent protests and spent time with Palestinian families who had been evicted from their East Jerusalem homes.

Henochowicz is the second American in so many years to be critically injured while protesting in Israel. California-born Tristan Anderson, 38, sustained permanent brain injury after he was shot in the head by a high velocity teargas canister fired by Israeli forces on March 13, 2009.

Despite Anderson sustaining severe injury at a civilian demonstration, the Israeli Ministry of Defense declared the incident "an act of war" and denied liability for damages -- including over seven months of hospitalization and intensive reconstructive surgery to Anderson's skull.

Jolene Travis, a spokesperson for Henochowicz's art school, Cooper Union, relayed messages of sympathy for their student. "Our thoughts and prayers are with Emily and her family as she recovers from this devastating injury," she said.