Why burgers are in my blood

Here's why I really love the backyard staple: My great-grandparents helped bring it to America 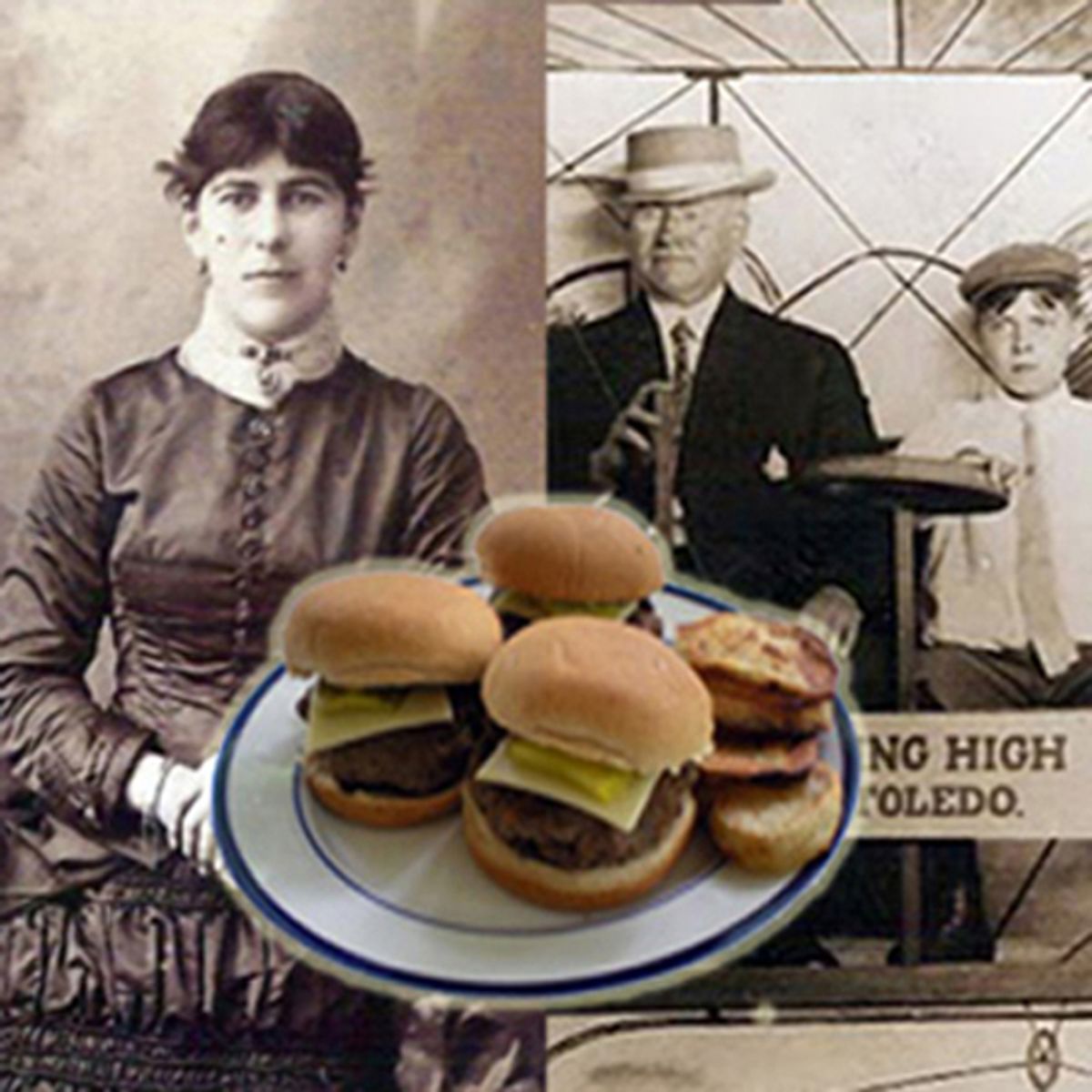 A passion for burgers is her heritage.
--

In a way, you could say that this was the story that I was born to write. Because, you see, hamburgers are in my blood.

Like all things American, the hamburger came from somewhere else; in the case of the all-American burger, with German immigrants in the mid-19th century. Originally, it was a "Hamburg steak," a patty of seasoned, ground meat, and somewhere along the line, a clever soul added a bun and it became a hamburger. Germany was the predominant country of origin for American immigrants for most of the latter half of the 19th century. These immigrants included the parents of my great-grandmother, Wilhemina Hamberger, called Minnie. That's right, my great-grandmother was Minnie Hamberger, a name I have always found amusing, bringing to mind images of sliders and Krystals.

My great-grandfather Otto Eggert was born in, appropriately enough, Hamburg, Germany, in 1859 and emigrated with his parents as a young child, settling in Saginaw, Mich. Wilhemina and Otto married in 1884 and they lived in Montrose, Mich., where he owned a store, later becoming a traveling salesman based in Toledo, Ohio. Mom says they were middle-class, but I know they must have had plenty to eat; look at how much they changed in the last picture: the trim young couple in the 1880s, and the stout couple in the 20th century. They died within a year of each other, Minnie first, in 1925.

In between, they had three daughters and a son, my grandfather, Edwin Carl Eggert. Granddaddy was a lively personality, a bit of an adventurer and a thrill-seeker. He astonished my brothers and me when he rode a roller coaster with us; he was in his 80s. He worked at his office job the day he died, just before Christmas 1978. That day, he took presents in for "the girls" (the secretaries at his office), came home, sat in his chair to read the mail, and died. He was 89 years old.

When I remember Granddaddy Eggert, I can't help thinking of the changes he saw in his lifetime. He grew up riding horses and ice skating on a frozen river to school (or so he claimed). When he died, he drove a 1977 Chevy Malibu and hopped on an airplane to visit his children in Florida and Georgia. He loved to entertain his grandchildren, and I remember especially that he loved cheeseburgers.

Well into a second century of food-icon status, the all-American hamburger has seen its share of changes, too. When I make burgers, I like to use bison or buffalo meat. I’m not sure if Minnie would approve, but when she grew up, the mighty beasts still roamed the Great Plains. Bison is a lean meat, with significantly fewer calories and less cholesterol than beef or chicken. And while it’s not quite beefy, it does have a satisfying meaty taste and texture. It responds to seasoning well, and that’s why I beef up my bison with kitchen sink ingredients -- soy sauce, steak sauce and chopped onion. I love to use the new slider buns available in the supermarket --  it's a more favorable bun-to-burger ratio -- so for my Great-Grandmother Minnie Hamberger, I present a mini-hamburger.