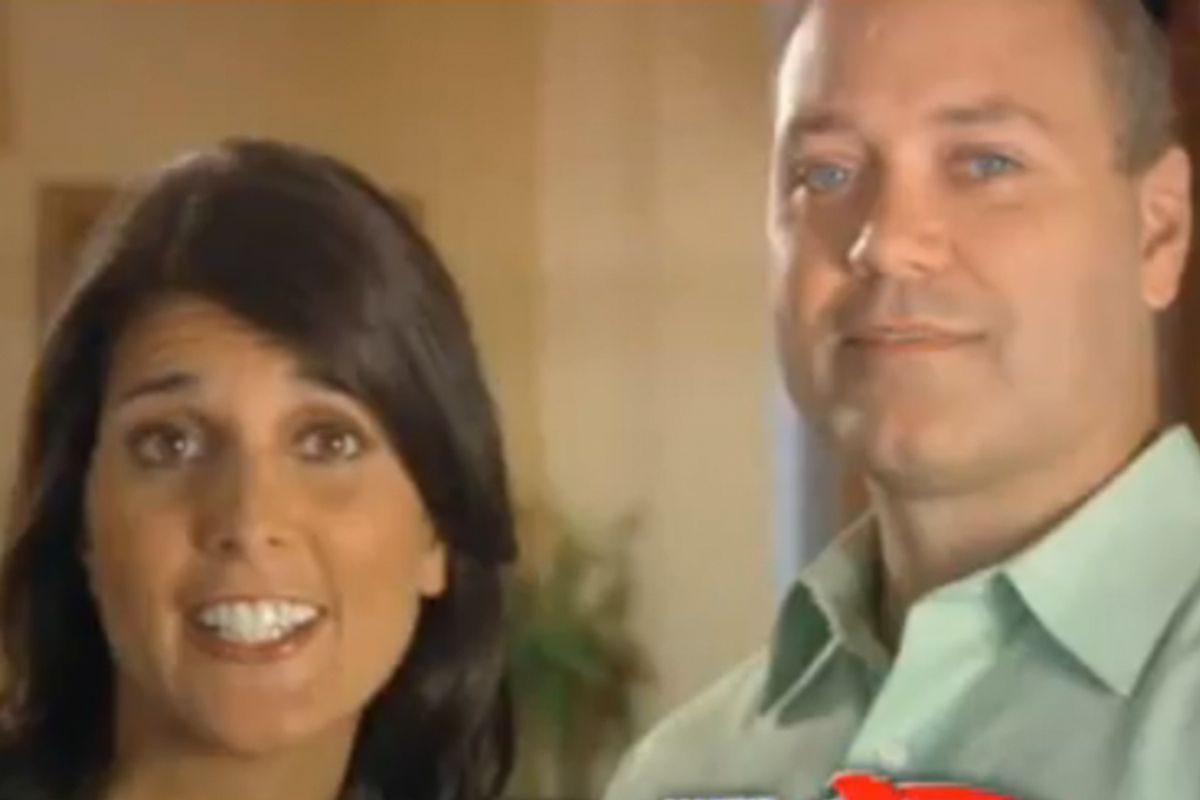 Republican South Carolina gubernatorial candidate Nikki Haley got a bit of publicity recently when a blogger claimed he had an affair with her. Now she is fighting back, by making her husband look at her in a TV commercial:

The blogger, Will Folks, has not produced any additional supporting evidence since last week, when he released text messages between him and Haley's campaign manager and records of late-night phone calls between him and Haley. (Current governor and hiking enthusiast Mark Sanford does not believe the claim. So, there you go.)

As you can see in this advertisement, Haley has seen "the dark side" of South Carolina politics (that is when dark, scary clouds say you cheated on your spouse) but she still has a husband who is willing to stand next to her not saying much.