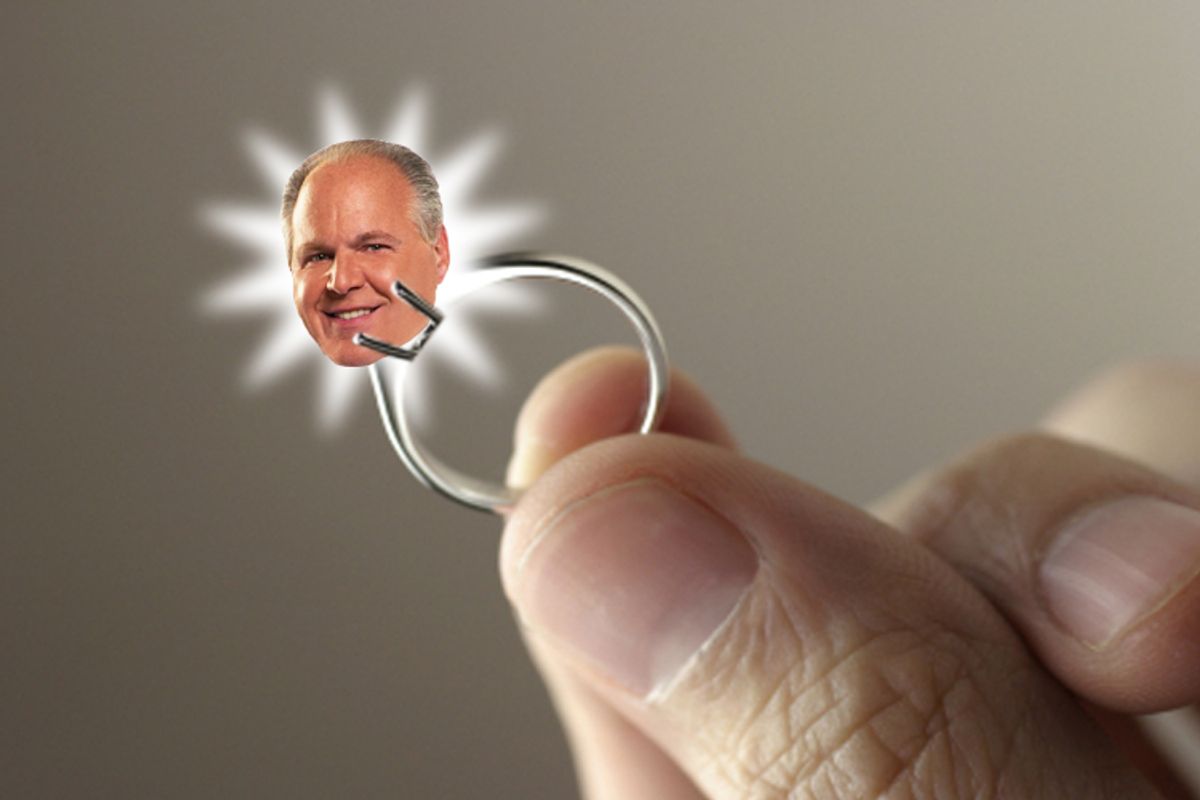 Lovable, Santa-like American broadcaster Rush Limbaugh is getting married! Limbaugh said he'd be taking a break from his show until the 15th because he's eating getting a puppy, but according to his biographer and the Palm Beach Post's gossip page, he is actually marrying his longtime girlfriend Kathryn Rogers this weekend.

This will be the 59-year-old former drug addict's fourth marriage. Rogers, 33, is "a VIP liaison." (That is a job!) Rush picked an interesting weekend: His last wedding was on Memorial Day, 1994. That one obviously didn't work out too well, so why not try the weekend after?

Congrats, Rush! May your fourth opposite marriage be your last (because this is getting embarrassing for everyone).