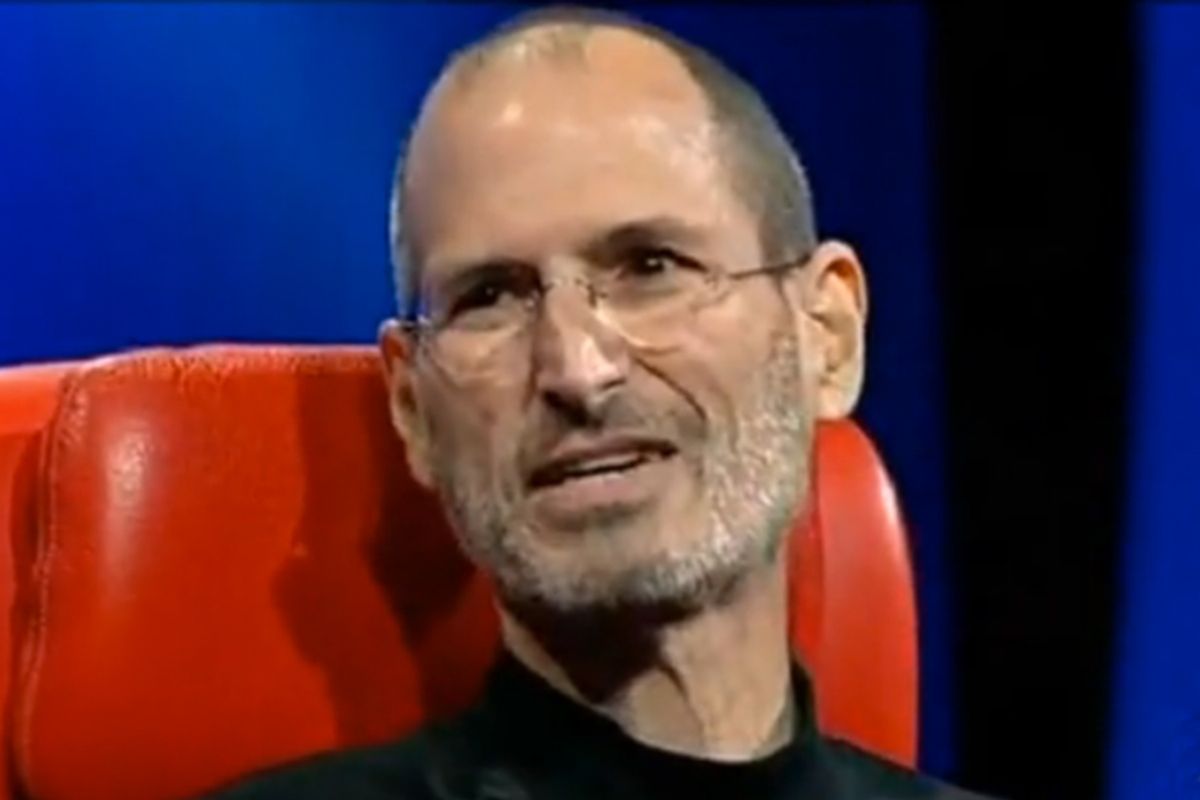 More than a decade ago, when Microsoft reigned supreme in the technology world and Apple seemed to be on its last legs, a fellow technology journalist and I pondered an alternate universe in which Apple and Steve Jobs were in the driver's seat, not Microsoft and Bill Gates. We agreed: Given Jobs' personality, the world would not be better off.

A few days ago, when Apple's market capitalization -- the value of all its shares -- surpassed Microsoft's, I thought back to that years-ago conversation with a mix of amazement and angst. While Apple isn't likely to have the same level of domination that Microsoft achieved, Jobs and company are clearly aiming high. Their strategy for the next generation of personal technology is to control the ecosystem at every level, and to rake off a piece of all the financial transactions taking place there.

And Tuesday night, at the Wall Street Journal's All Things Digital conference, Steve Jobs generated his trademark "reality distortion field," demonstrating again one of the reasons he's the premier CEO of recent times. More than any other company I can name, Apple reflects its CEO's values and style -- a breathtaking combination of arrogance and genius.

Jobs told the audience of tech, media and financial big shots that his values and goals haven't changed at all in the past few years. The top of those, he said, was to make great products that people will pay for because they recognize the value. As Doc Searls, currently a fellow at Harvard's Berkman Center for Internet & Society, explained so well back in 1997, not long after Jobs returned to Apple after more than a decade in exile from the company he co-founded, "Steve is an elitist and an innovator, and damn good at both. His greatest achievements are novel works of beauty and style."

Apple products are among the finest examples of industrial design you'll find in the technology world. They combine power and ease of use. I've been a happy Mac customer for many years.

The Mac in Jobs' regimes was a single-sourced machine; no clones allowed. This turned out to be a wise move, but Apple has taken the control to new heights.

Starting with the iPhone and iPod Touch series of products and continuing with the new iPad, Apple has officially permitted users to install software on the devices they've purchased only if they obtain the software through Apple's online store. Apple requires developers to go through an approval process that is widely considered opaque and capricious -- this developer's blog post on Tuesday, titled "Sentence first -- verdict afterwards," gives you a flavor of what can happen. And Apple takes a cut of the sales price of the applications.

The control has gotten sterner. Apple now requires developers to use only the tools Apple provides to create software; this has the effect of forcing developers to duplicate their time and efforts if they want to write apps for other platforms. Apple refuses to let anyone provide iPhone OS apps that use a variety of forbidden technologies including, most famously, Adobe's Flash software for viewing animations and videos. When the upcoming in-app advertising system is running, it will likely also impose restrictions on what developers and content owners can do.

Now, Apple's control hasn't stopped thousands of developers from creating several hundred thousand apps. Even though many are obvious knockoffs of each other, as is the case in any OS environment, no one can suggest that there's not a great deal of innovation going on in the iPhone OS world -- in part because Apple, better than any other company, gets the foundation combining hardware and software so right.

But Apple's restrictions have plainly kept some terrific work, or at least apps that are useful but annoy Apple for some reason, from appearing. A "jailbreak" community of people who have hacked their iPhones testifies to this.

The control-freakery extends to the content, as we've seen again and again. Apple's idea of acceptable content is roughly what you'll find at Disneyland. The company reserves the right to bar or later remove apps that contain information for any reason it chooses. This is how the brilliant Mark Fiore found his iPhone cartoon app disallowed due to its political content -- until he won a Pulitzer Prize in April, at which point Apple decided to allow it. (Jobs says the rules changed after Fiore's original rejection, by which time Apple realized it was making a mistake with political content, but the cartoonist didn't realize this.)

I'm disappointed beyond words, meanwhile, that journalism organizations are racing to create apps for the iPad, even though they're putting the final say over whether their journalism is acceptable into Apple's hands. What does it say about their journalistic principles that they'd do this? Most won't even respond to the question, and I've asked many. National Public Radio's Kinsey Wilson, who heads up NPR's online development, is one of the few to admit discomfort with the situation, saying that Apple holds the leverage at this point; he, and other news executives, are basically hoping Apple won't jerk them around the way it's done with others.

Steve Jobs' explanation for all of this is downright Orwellian. Consider his recent late-night e-mail exchange with Gawker's Ryan Tate. It started this way: Jobs will provide us a Disney-like, PG-rated walled garden -- where he gets a cut of all of the action -- ostensibly to protect us from a variety of things that we may or may not want to be protected from, all in the name of freedom. Truly, Orwell could not have said it better. (And Dylan, if he saw how his anthem had been abused this way, must surely have been amazed.)

More telling is Jobs' view that the p.c. world is "slipping away." There's a lot about the p.c. world we'd all like to see disappear, but freedom to make our own choices is not one of them. It's at the core of the value, not something to dismiss as outmoded.

The competition in the mobile arena, notably Google's Android operating system, is entirely about being open. It's one reason I own a Nexus One phone, the Google device that mostly lets me decide what I choose to do with it.

There's plenty of evidence that lots of people want to live in Steve's Walled Garden. They want him and his minions to make their choices. They want to save time and trouble.

But Apple could then create a setting that does what the iPhone jailbreakers do unofficially: open the device for unapproved uses. It could come with a stern message like this: "By clicking here, you will be exposing yourself to risks we can't control."

A longtime participant in the tech and media worlds, Dan Gillmor is director of the Knight Center for Digital Media Entrepreneurship at Arizona State University's Walter Cronkite School of Journalism & Mass Communication. More about Dan here.