When it comes to your children, the books in your house matter more than your education or income 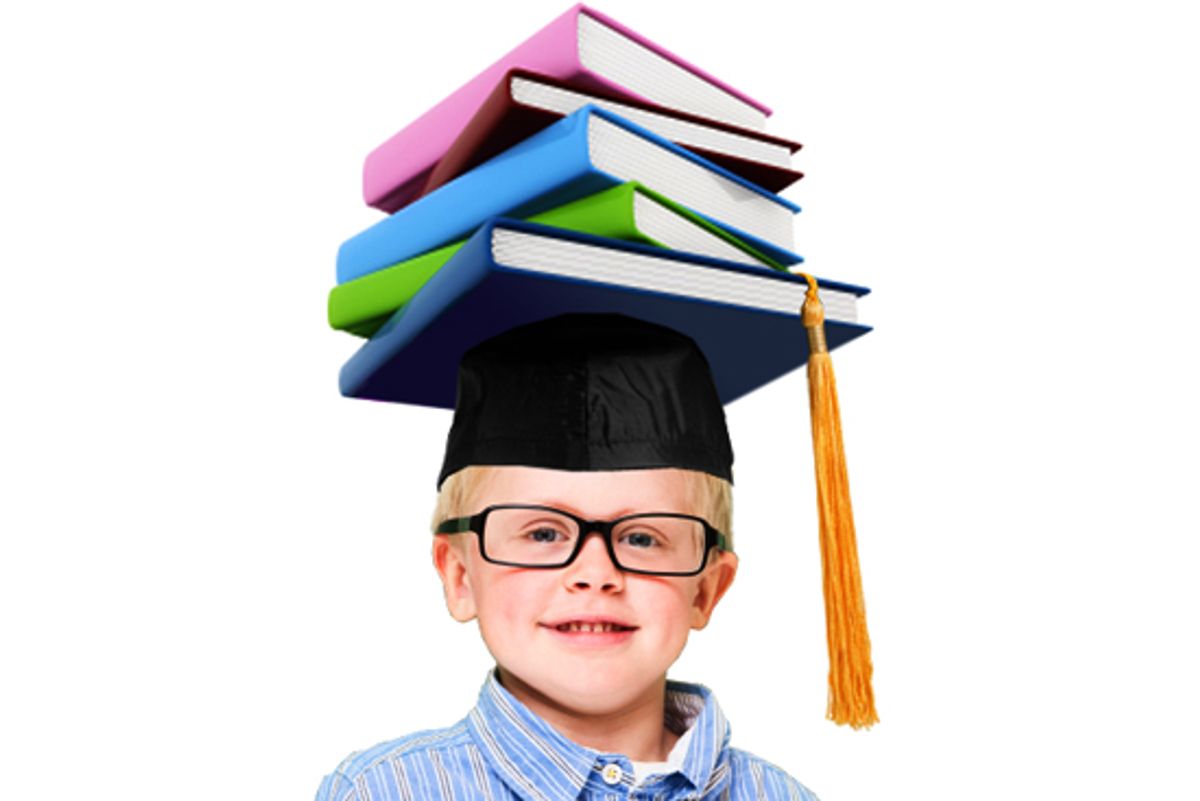 When I was 12 years old, I read most of the plays of George Bernard Shaw. That's not to say that I understood the plays of George Bernard Shaw, or even that I passionately loved them. They just happened to be around the house, in a set of neat little green paperbacks left over from my father's college days. I doubt that puzzling over the mysteries of "Pygmalion" taught me much about the British class system, but it definitely got me into the habit of searching for understanding in the pages of challenging books.

A study recently published in the journal Research in Social Stratification and Mobility found that just having books around the house (the more, the better) is correlated with how many years of schooling a child will complete. The study (authored by M.D.R. Evans, Jonathan Kelley, Joanna Sikorac and Donald J. Treimand) looked at samples from 27 nations, and according to its abstract, found that growing up in a household with 500 or more books is "as great an advantage as having university-educated rather than unschooled parents, and twice the advantage of having a professional rather than an unskilled father." Children with as few as 25 books in the family household completed on average two more years of schooling than children raised in homes without any books.

According to USA Today, another study, to be published later this year in the journal Reading Psychology, found that simply giving low-income children 12 books (of their own choosing) on the first day of summer vacation "may be as effective as summer school" in preventing "summer slide" -- the degree to which lower-income students slip behind their more affluent peers academically every year. An experimental, federally funded program based on this research will be expanded to eight states this summer, aiming to give away 1.5 million books to disadvantaged kids.

Perhaps the most intriguing part of the USA Today article comes at the very end, where one Chicago schoolteacher tells the reporter that the importance of getting books into the house "seems so simple, but parents see it differently." They're as "excited" as their kids are when the books come in the door. It's not that the parents are hostile or even indifferent to books. Most likely, books and reading feel like the privilege and practice of an unfamiliar world: a resource that's out there somewhere, but not entirely accessible.

The Los Angeles Times Festival of Books -- a big outdoor fair held on the UCLA campus every April -- is an annual reminder that lots of people are interested in books even if they may not feel at home in a bookstore or library. Over 130,000 attendees turned out for this year's festival, a mix of races and classes that often astonishes the authors who trek in from out of town. "If only we could get all of them to come to bookstores," one writer wistfully said to me.

Easier said than done. If you happen to be comfortable in bookstores or libraries -- if you've been to them many times before and know what to expect, what you want and where to find it, or if you know whom and how to ask and feel entitled to bother the staff with your questions -- it can be difficult to appreciate how intimidating these institutions of print culture can seem to someone who has little or no acquaintance with them. I didn't quite get it until I found myself wheedling a comics-loving friend into picking up issues of a comic book I wanted. "I'm never going to go into the comic book store," I told him. "They're confusing and the people who work there are so unfriendly."

Whether or not I was right about all comics stores, my past experience of them was discouraging enough to put me off. I've never even set foot in a gun shop, but it's equally hard for me to imagine venturing into one. The people who work and shop in such stores may not mean to be unwelcoming, but the same thing that makes these places so inviting to the initiated -- the innate clubbishness of human nature -- can scare away novices. As homey as a bookstore or local library branch might feel to you or me, they can make other people feel insecure, out-of-place and clueless.

This is, of course, assuming that poor families have bookstores and libraries in their neighborhoods, and that it's safe and easy for a child to walk to them alone. Furthermore, a single parent working two minimum-wage jobs to keep food on the table may not have the time or energy to make a special trip between shifts. One of the biggest success stories in children's book publishing, after all, is the Little Golden Books: racks of inexpensive kids' books cleverly placed near the registers in five-and-dime stores, where the harried working-class parents of the 1940s could pick them up on impulse while running other errands.

Lastly, poor parents may feel that they just can't afford books. Of course, you don't have to buy a book to read it, but the act of giving someone a book of his or her own has an undeniable, totemic power. As much as we love libraries, there is something in possessing a book that's significantly different from borrowing it, especially for a child. You can write your name in it and keep it always. It transforms you into the kind of person who owns books, a member of the club, as well as part of a family that has them around the house. You're no longer just a visitor to the realm of the written word: You've got a passport.

Referred to in this article: This USA Today story by Greg Toppo describes the book giveaway program being rolled out in nine states this summer. An abstract for "Family scholarly culture and educational success: Books and schooling in 27 nations" by Evans, Kelley, Sikorac and Treimand in Research in Social Stratification and Mobility. This blog post from the Chronicle of Higher Education has a bit more detail on the study.