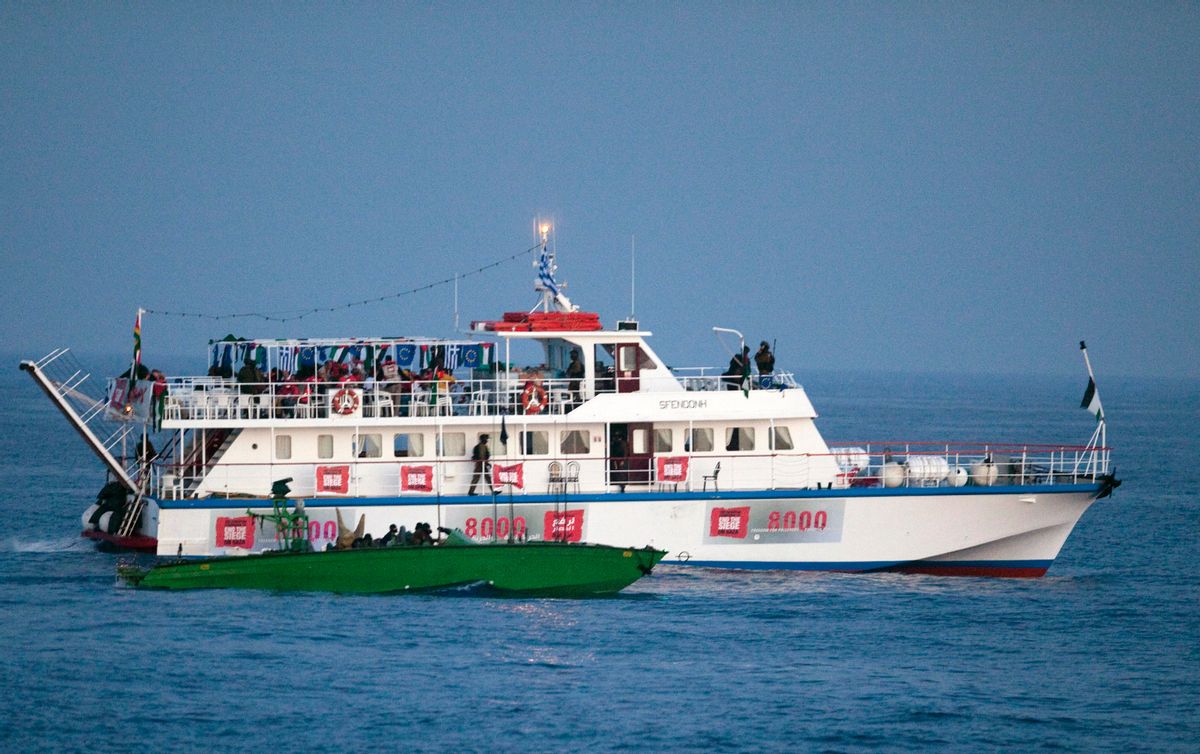 Israeli forces are seen aboard one of six ships bound for Gaza in the Mediterranean Sea May 31, 2010. Israeli marines stormed a Turkish aid ship bound for Gaza on Monday and 10 pro-Palestinian activists were killed, triggering a profound diplomatic crisis. REUTERS/Uriel Sinai/Pool (POLITICS CIVIL UNREST) (Reuters)
--

Dogan, who moved to Turkey at 2 years old, was "shot at close range, with four bullets in his head and one in his chest," according ABC's account of the Turkish state news agency report.

Three people are still reported missing, according to the flotilla organizers.