My baby is too boring to blog about

Does that make me a bad parent -- or a good one? 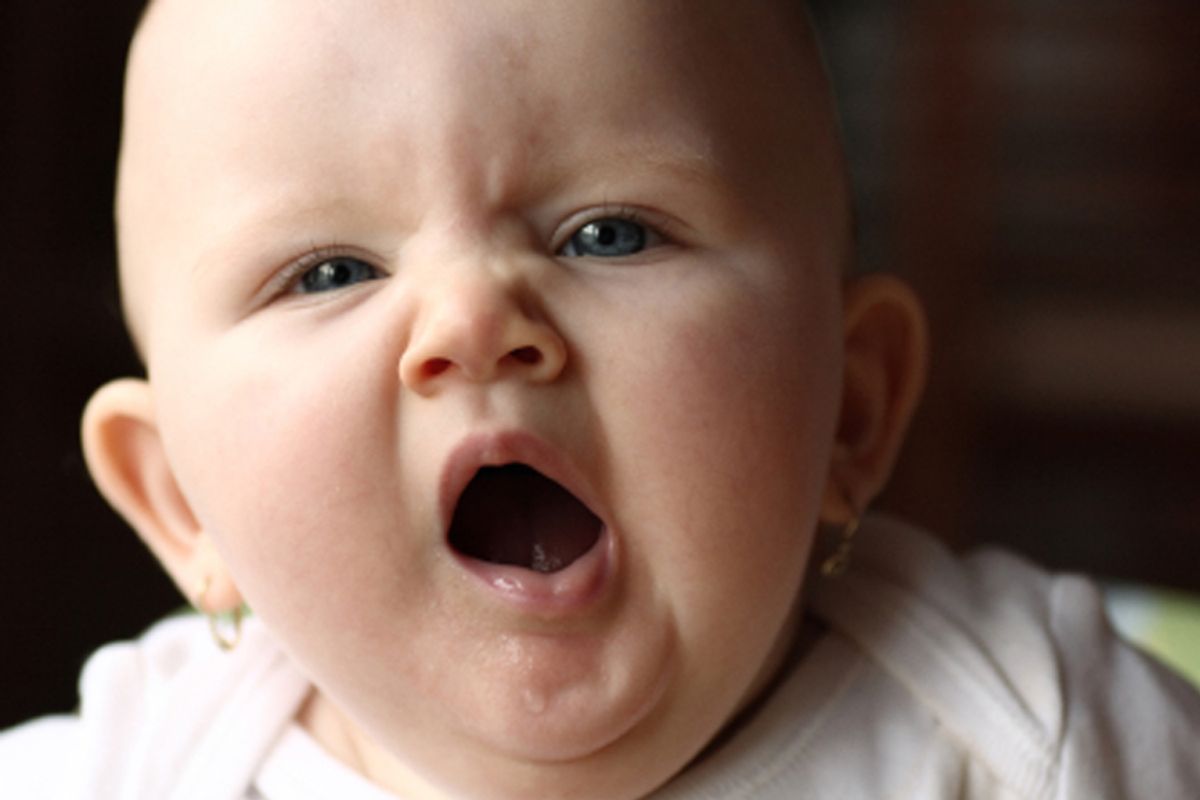 About a year ago, my sister started a blog in honor of her baby daughter. It took her a few hours to put it up, using the tools that are now immediately available to anyone -- and, it seems, everyone.

It started off with a bang. She got a lot of hits, and she and her husband inserted videos and other multimedia elements. I saw her baby crawl for the first time. I saw her on the beach. I saw her on Christmas morning wearing lots of clothes. I don’t know the site's traffic, exactly, but among the parental units, it was, briefly, all the rage.

But then everyone started looking at me. My son has been alive for about 9 months, and I never started a blog in his honor. It never occurred to me.

I mean, is it an insult? Let's assume he’s president some day. Is he really going to want to be seen splashing around in a bathtub without any clothes on? It's cute, but if he’s nominated as a Supreme Court justice one day, trust me: It’ll become an issue.

At first, I decided to make a private diary of my son. It was, and is, hidden in the depths of my computer. I haven't made it public, and I'm glad. Not just because keeping my own doodling to myself allows me to feel smug about protecting my son's future overachieving identity. But also because I immediately ran out of things to write about.

My son's two teeth: They entered the world, with a lot of preliminary operatics, about a month and a half ago. It was a big deal for a while. Then it stopped being a big deal. I got excited when he started saying "dada," but then, I realized the lesson of so many parents before me: that "dada" doesn't mean father. It's an indiscriminate term best used as an analog for the sheer futility of existence.

Now should I be alarmed by a single-word vocabulary? Well, he has the other word in early development: baba. My wife says it means "mama," and my mother says it means "grandma," but I look at it as an antonym to dada, a larger call to sanity.

At any rate, this isn't progress I can catch on Flickr. He seems to be pretty content. He's figured out how to make a certain sound that involves flapping the back of the hand against the mouth while babbling. It has a rhythmic, incantatory sound, but that's been something he's been doing for awhile. He certainly wasn't the first to come up with that.

He still doesn't have a job.

He crawls around on the floor a lot, sort of like a fish carrying a rifle over a hilltop in a line of fire. That's probably a sign of things to come. At one point, he was becoming a very good walker, and, dare I say, he was actually taking his first steps. I think I got him to stand for about five seconds. If I'd been keeping a blog, I would have announced that immediately to all my friends.

Then they would wonder what I was talking about. Because after the initial attempts at the upright position, he kind of let that go. He's decided to return to the crawling phase and, depending on how that works, he'll go forward.

He's cute. But one day is pretty much like the last. If there have been big changes since the birth, they mostly have to do with my IQ. In terms of a zest for enlightenment, I've flatlined. A few days ago I pulled Kierkegaard's "Either/Or" off the shelf, but the journey ended halfway through the first page:

What will the child have? The answer is: da-da. And with such reflections life begin, and yet men deny original sin.

Even to Kierkegaard, my baby is generic.

I guess people write blogs to capture those minor, but meaningful, triumphs in a baby's life: the crawls, the occasional twisted metaphors, the scrambled sentence, the genius for a well-placed non sequitur.

But I keep forgetting what those non sequiturs are. They come, and they go.

I mean I love him to death. He's a fun guy to be around. Really, what more is there to say?

John R. Barry is a Baltimore-based freelance writer and a part-time writing instructor at Maryland Institute College of Art who's written locally and nationally on arts, theater, development, the shipping industry and whatever else comes his way.